The Riviera Drive-In was once one of south Oklahoma City”s flourishing theaters boasting  a 700 car capacity.

The Riviera Drive-In closed in 1999 after thunderstorm in which the screen was blown down. The fallen screen, ticket booth, speaker poles, projection booth, concession stand, and marquee all remained vacant and seemingly forgotten for years. All that currently remains are the concession stand and projection building. 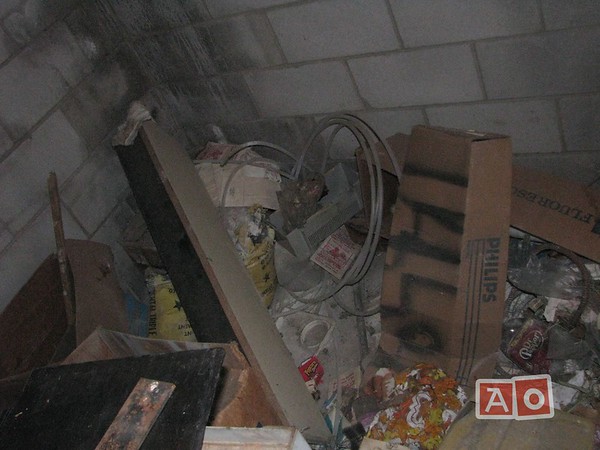 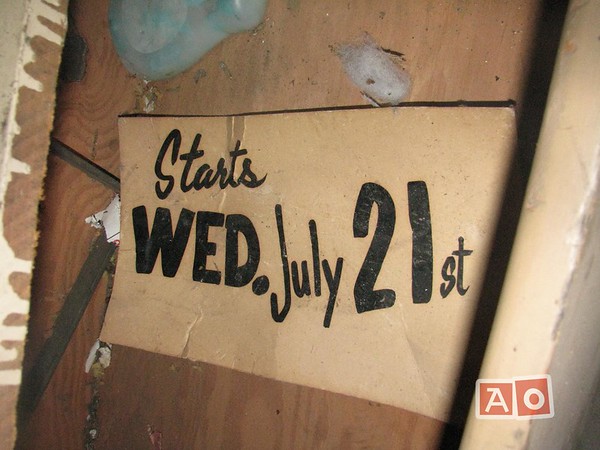 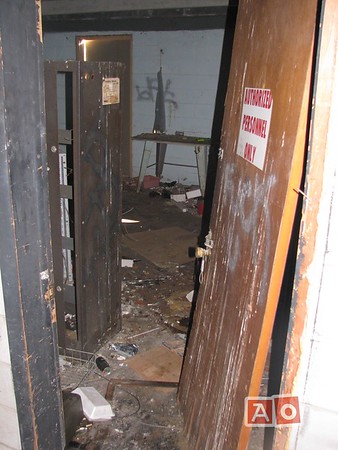 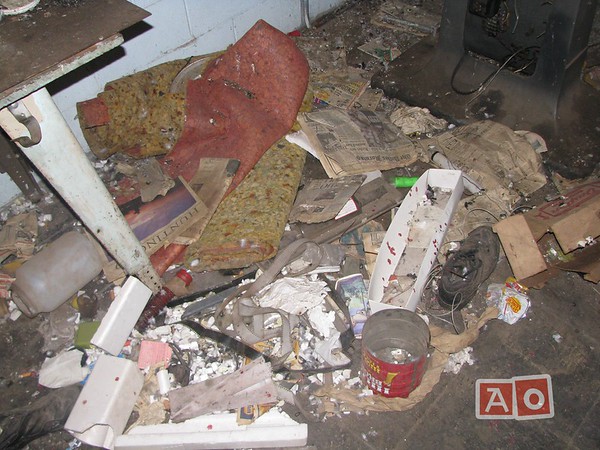 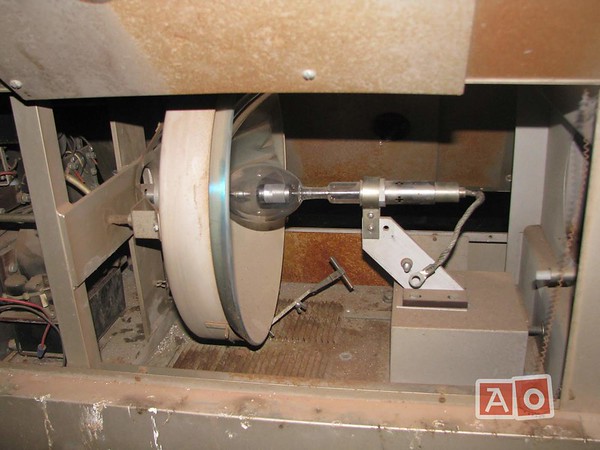 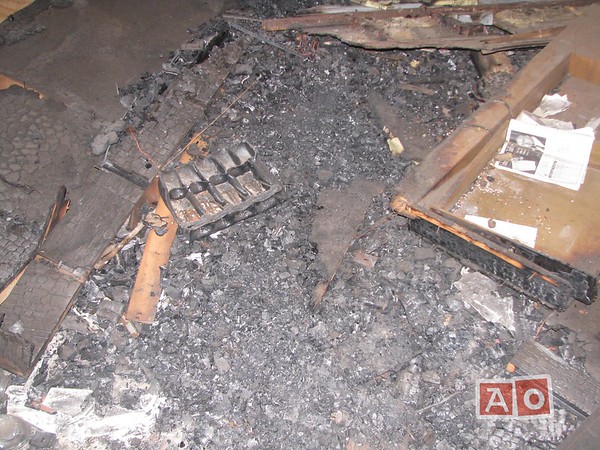 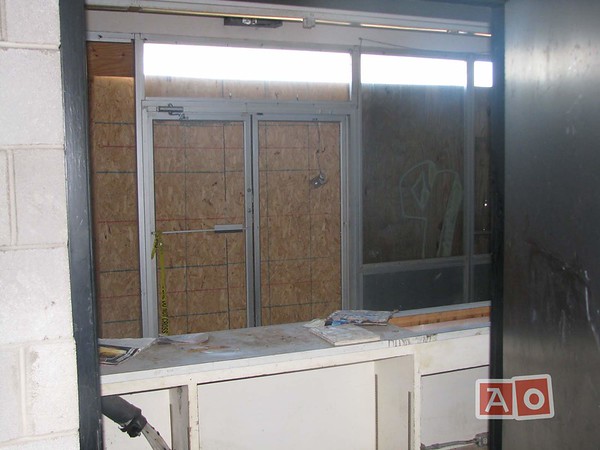 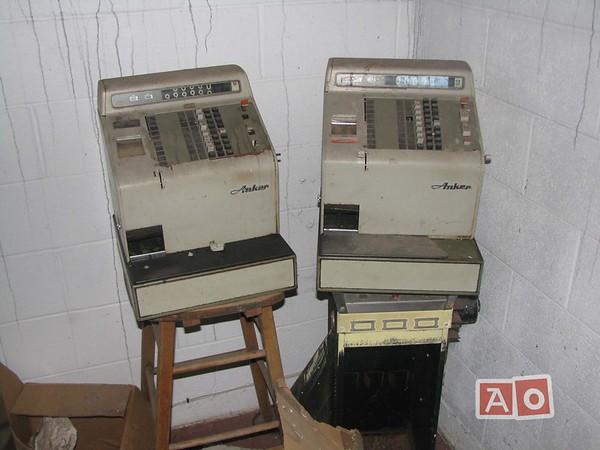 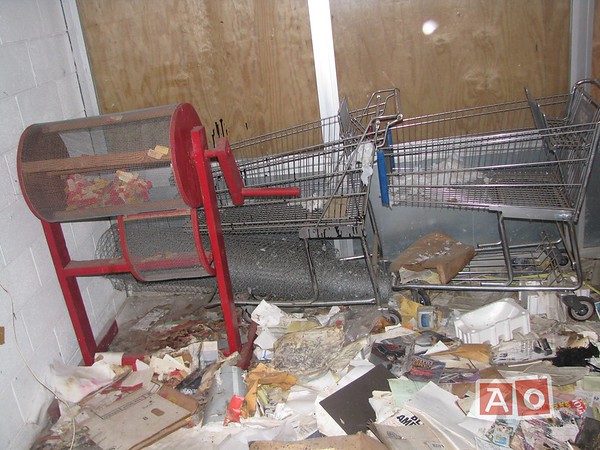 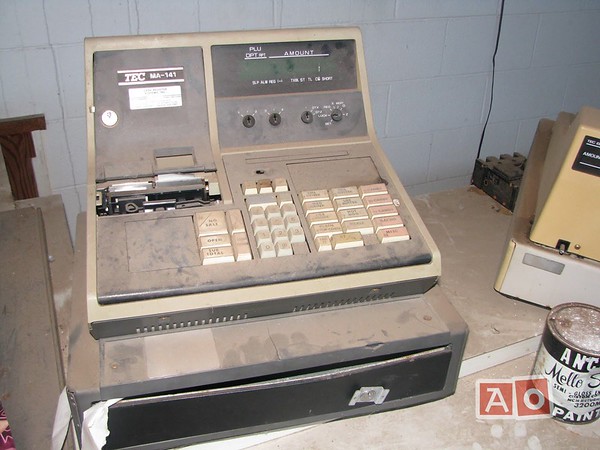 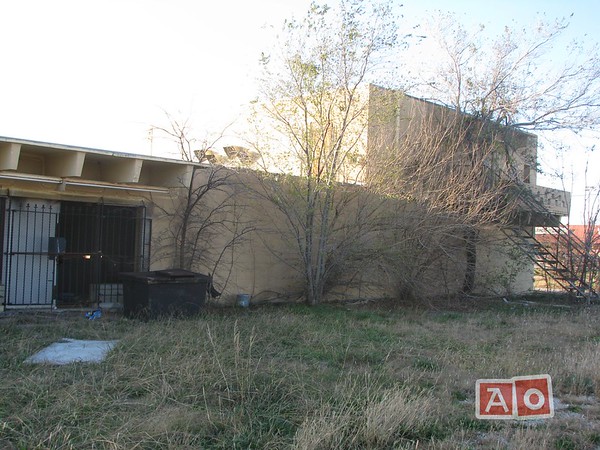 This has now been totall demolished.

The last remaining bits of this drive-in were unfortunately demolished about 2 to 3 weeks ago. All that is left now is the concrete pad. I know the current owners have wanted to sell this entire parcel of land for years.

[…] number of drive-ins throughout the state. But it was that temperamental weather that forced the Riviera Drive-In to shut down in 1999, after winds knocked the screen […]

[…] number of drive-ins throughout the state. But it was that temperamental weather that forced the Riviera Drive-In to shut down in 1999, after winds knocked the screen […]

If this was the one across from Warehouse Market Grocery then it has been torn down.

Actually, the place is still there. Only the screen was taken down. The building still remains.

no .. the place is torn down now..sadly

Yes it is no longer there

Looks like someone forgot to pick up their nude mags.

that's what the red and white striped counters were all about. Kentucky Fried. We would stop in and get a bucket before entering the drive-in.

when i was a kid the front (street side) was a Kentucky Fried Chicken. It (the chicken place) is now just down the street.

$1.50 for popcorn is dirt cheap compared to today.

A lot of memories here. . . glad you documented the ugly end.

I showed many a movie here back in 1985 and 86. After George Caproal died, his son, Sam never had much interest in keeping the place alive. After the Screen blew down in a storm (the theater had been closed for a few years then) , Its end was a forgone conclusion. . .

do you know how to get in touch with the owners of this location? I'm interested in shooting a video there.

Gabriel,
The current owner would be attorney Sam Caporal. I believe this is his address:

Your right rick, I went there when I was a kid in the early 60's. I'm not sure when it was built but it was before '75. Had alot of good times at this drive-in, can remember alot of good movies watched there. Thanks for the memories Abandoned, I love good history!!!B)

Interesting. According to the sign in photo 50, you can order a "butt red barrel". Sounds delicious.

Great Job Billy! I like those shots of the soda pop syrup!