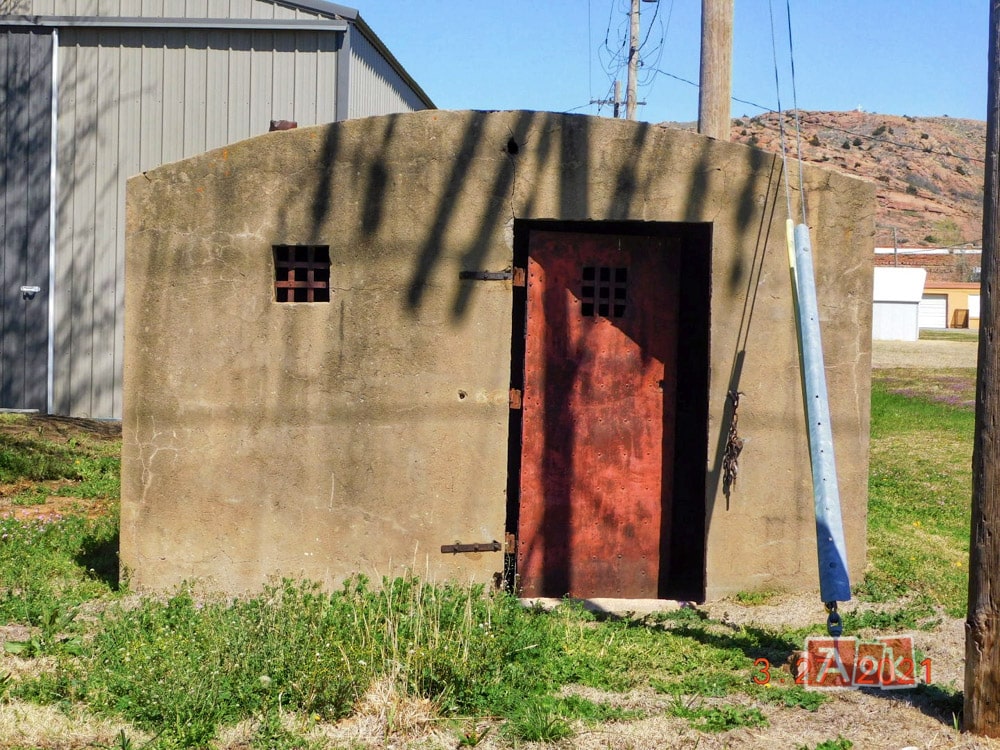 According to Sanborn maps, this jail was built sometime in the 1910s. It is a classic concrete, steel-barred calaboose. While the exact date that it was stopped using is unknown it seems that the jail wasn’t very frequented due to the fact that just down the road was the Oklahoma State Reformatory Prison.

In March of 1913, “Clarence Stokes” was arrested by Marshal Johnson on a charge of drunkenness. He was able to escape the tiny jail in Granite and went on the run. The story later developed that man who was actually named “Groce” and that he was an escaped murderer serving a life term in the Texas Penitentiary. His victim was an elder pedlar, who he killed while robbing him. He beheaded the man and attempted to cremate his victim. He was caught in the act and the man was detained by civilians until officers could arrive. He had served just three years when he escaped and made his way to Kiowa County. He went by the alias of Collins and married the daughter of a farmer, who he later left. After his escape from the Granite calaboose, he was captured again at Hobart two weeks later and picked up by Texas officers and returned to serve his life term.