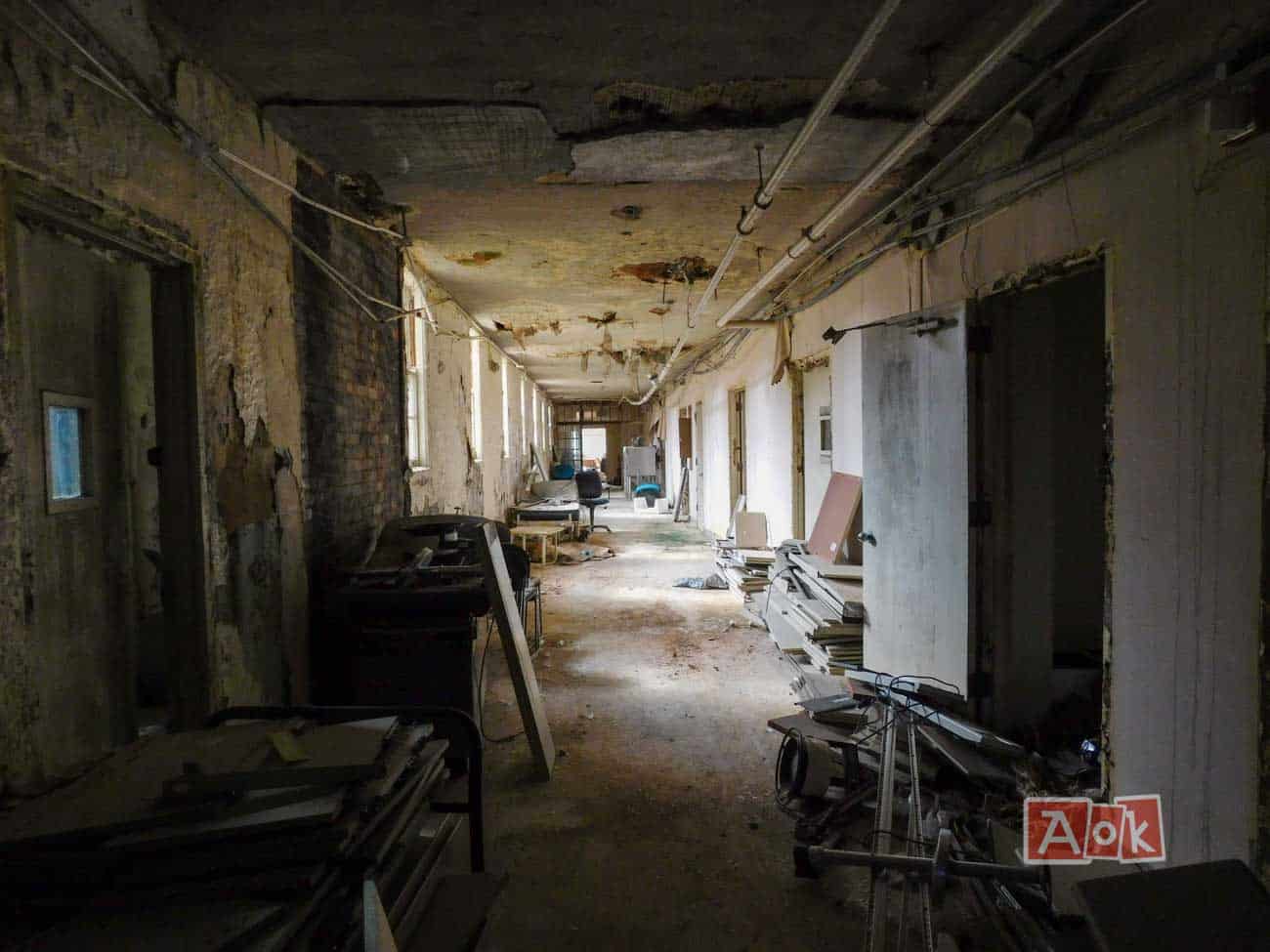 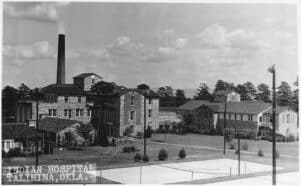 Vacant for many years the former Choctaw Hospital stands as a remnant of the progress of healthcare for the nation’s tribal members. Often, this building is mistaken for the Eastern State Oklahoma Sanitorium. The Old Choctaw Nation Hospital stands tucked away in the center of a small rural community. Twenty – five buildings make up the campus with some buildings used as housing for employees of the Nation’s health system. At one time these buildings were used and operated as doctors offices, nurses quarters, and additional patient cottages. The now fenced off old hospital building was constructed in 1937 and 1938 on the order of the Bureau of Indian Affairs by the architectural firm Schmidt, Garden, & Erikson. It includes Brick, Tudor Revivals, and Italian Renaissance styles. Even though the hospital was once used for general practice the original intent was for it to be used as a Tuberculosis Sanitorium for the Choctaw and Chickasaw Nations. 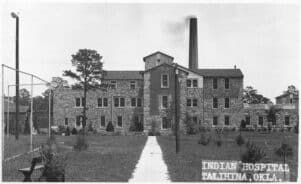 The Indian Health Service originally operated the hospital until the Choctaw Nation compacted with the United States to provide healthcare services directly to American Indians within its jurisdiction in 1995. In 1999 the Choctaw Nation was the first tribe to build its own hospital replacing the old hospital. Nowadays, the Choctaw Nation Health System has state of the art clinics including the towns such as Durant, Atoka, Broken Bow, Hugo, Idabel, McAlester, Poteau, and Stigler. Although Durant is the Choctaw Nation headquarters the small and charming town of Talihina remains the center of its healthcare. Overall, the healthcare of the Nation has increasingly improved over the years for all tribal members.

The Old Hospital building is not open to the public and the property is monitored at all times.

I was brought to this hospital from Houston by my husband’s family. I was very ill with graves disease and I had no insurance. I have spent a great deal of time under different circumstances. In some of the so called best hospitals in the world. None of them were as clean and ran as efficiently as this hospital. I was treated with respect and kindness. I will never forget the experience. I felt as though I mattered and I certainly received healing.

My mother father grandparents and my brother and I were all born at this hospital.

myself and all my brothers and sisters were born there starting in 1962…We are heirs of Joe and Dessie Wilson of Buffalo Oklahoma behind Watson and Smithville….

My 2 oldest boys were born here in 1992 and 1994. Also a brother was born here and lost a set of twins here. It’s ashame they couldn’t remodeled and used for a rehab center or something of the sort, even a museum.

Thank you for the pictures. I grew in TX and OK and remember my great grandparents always went here for all their appointments. I accompanied them on many a trip from McAlester down to Talihina. It was always exciting to go and extra special to get a cheeseburger on the way back. 🙂

I was born here in 1996. My mom and dad worked there for a long time. Really wish I could just walk through it just to see where everything was.

Thank you for the pictures, me my sister and most of my cousins were born in the old Talihina hospital.

My Grandmothers brothers and sister all died there of tb how do i get any info on them?

Thank you for this report. Your photos do real justice to this hospital. You have a wonderful eye for color and your use of perspective and space made this an interesting and informative tour. The photo of the bedpan sanitizer made me laugh.

My uncle passed away there in 1996. I wish I could visit that place