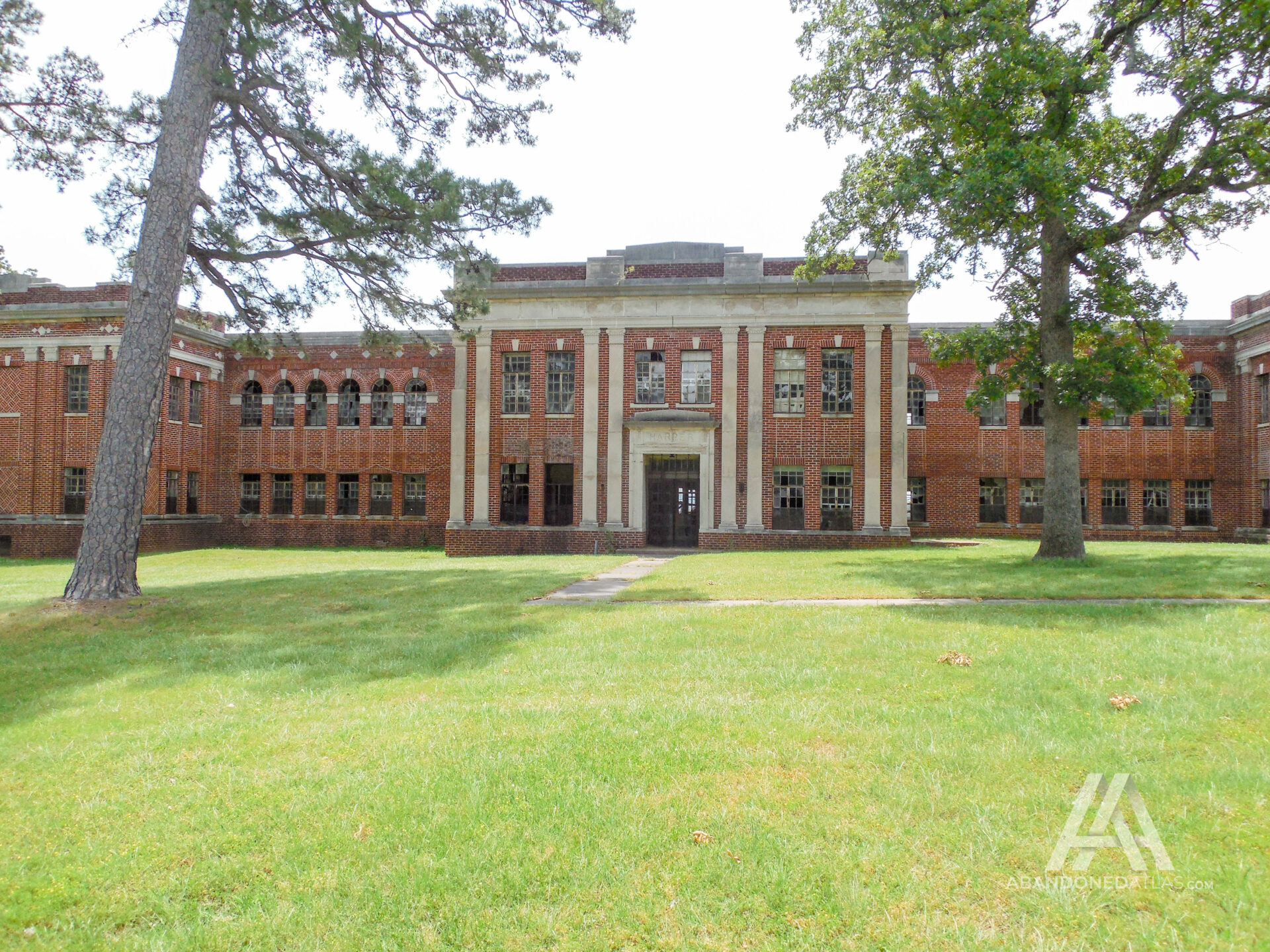 Just a stone’s throw away from the Old Choctaw Nation Indian Hospital is a building that sits alone on a hill as if it still stands proud of its contribution to medical history in Oklahoma. The Harper Building, also known as Harper Hall, was once a part of the Eastern Oklahoma Tuberculosis Sanitorium.

Legislation for the establishment of the EOTS was passed in 1919. The first patients were admitted to the grounds on November 1, 1921, with a capacity of just about fifty patients to start. Over the years more and more buildings were added to the grounds to include an administration building, patient pavilion, and three frame cottages. In 1924 an additional hospital building was constructed boosting the capacity to a hundred. The sanitorium was equipped with all the facilities of a small town including laundry, power plant steam plant, and dairy farm. Throughout the 1920s numerous other buildings were added including a new nurse’s quarters (1925), a service building (1927), and then the Harper Building. 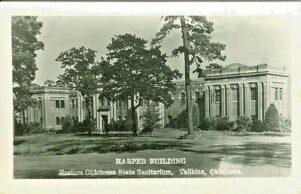 In 1930 the $147,500 Harper Hall was completed and instated as a preventorium children’s ward for those exposed but not yet experiencing the sickness ravishing the country. It was named after State Representative J.B. Harper who was known as the father of the sanitorium for his sponsorship and activism for the construction. The 24-hour institution had the capacity to provide care and observation for sixty children. In addition, there were six beds in an isolation ward to prevent the spread of the disease among all the children.

One of four main buildings, it was made of all brick and “fireproof”. Each wing was fit with sleeping porches on the south and dressing rooms on the north. The first floor’s central block had a reception room for visitors, the head nurse’s office, treatment room, dining hall and a kitchen. The second floor of the structure had two isolation wards of three beds each, two rooms for nurses, a solarium, and a schoolroom.

Around the early 1940s hospitalization of children with primary tuberculosis was phased out as officials believed it wasn’t needed. Since there was no need for the building as a children’s ward anymore the Harper Building underwent a $50,000 renovation to convert it into employee living quarters in 1947. It continued to serve the grounds until around 1975 when the operation shut down. Currently, the grounds serve as the Oklahoma Veterans Center which has been able to repurpose only some of the buildings from its former days. The Harper Building has been proposed for demolition.

In recent days there has been a project to document as much of the artifacts and Mountain Air newsletter that the tuberculosis hospital put out. The project has been spear-headed by Talihina.org which is an organization of local history enthusiasts who have been collecting and preserving local records for just over two years now. At this time, their drive is focused on using the records that they have identified and preserved to make a small research center for our community to celebrate and educate about their rich history. “As the uncertainty of the VA campus and its structures loom over us, we hope to preserve as much of the facility’s history as possible. The Harper Building which is fenced in was named after JB Harper who was a Speaker of the House when the facilities were built and he was from Talihina. It’s absolutely the last vestige of his legacy and the legacy of great physicians and medical professionals who fought an incredible pandemic for most of their lives. In a post Covid world, reading the history of the building and pairing it with the Mountain Air copies we have recovered really make you relate and empathize with people who were in shoes much bigger than ours many years ago. There are poems about escaping the non-stop medical care, op-Ed’s about what to do before your lung is collapsed and how to integrate back into the healthy world. A few years ago, those concepts seemed as foreign and distant as Polio. Now? A lot of it really just hits far closer to home. That history is in our back yard and many people don’t know any thing about it aside from the word “Tuberculosis”. We hope to collect and bring a more personal history to life.” The records are easily accessible by Clicking Here.

This location is private property and on the grounds of an active facility. Security patrols the area and you will be fined/prosecuted for entering.

My Grandfather was at the TB hospital for a few months back in the 60’s. I loved going to visit him. I was a kid and thought the building was so pretty. I would always bake him a caramel cake, his favorite.