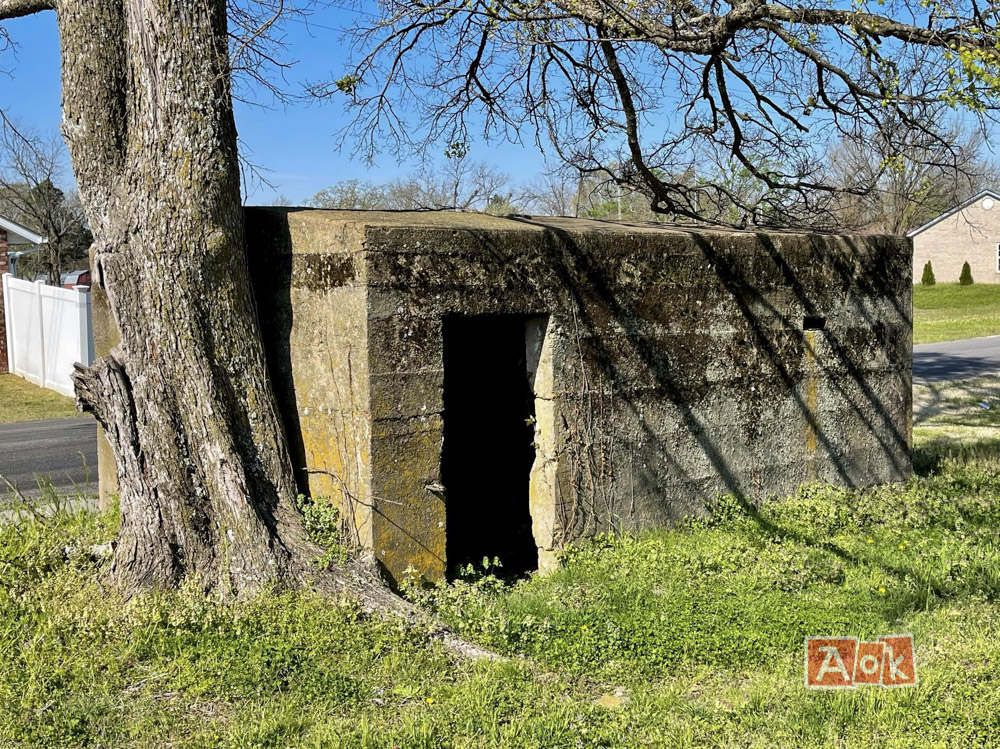 The Gore Jail is as textbook as a calaboose comes, made of concrete with tiny windows including two cells. Presumably built in the time frame of 1900-1920 this small cell would have been used for drunk and disorderly’s, petty theft, and other small crimes

One story I did find while doing my research was from February 5, 1963 told of this: Muskogee Police Monday night were looking for a man described as 19-20 years old, weighing 150 pounds and wearing blue jeans and a light blue shirt. Police headquarters were notified about 3 p.m. Monday of a man’s escape from the jail at Gore. The report said the youth, being held on a theft charge was believed to be heading for Muskogee. The escapee was identified as Robert Dandridge.

“I was raised there by the jail and many times would take people locked up water. Most of them were drunks and were dying of thirst when they sobered up. And I do remember Robert Dandridge, he wasn’t a bad criminal just trying to grow up. We use to use it as a storm shelter” remembered Dixie Callison.