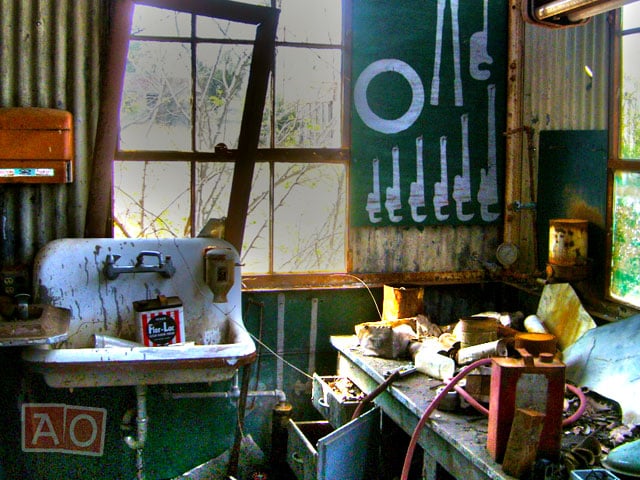 The Hudson Refinery site is a 200-acre, abandoned, crude oil refinery that was active from 1922 to 1982. Located north and south of State Highway 33 on the west side of Cushing, the North and South Refinery properties include approximately 165 and 35 acres, respectively. Over sixty years of refinery operations resulted in environmental contamination at the site. The refinery produced liquid propane gas, gasoline, diesel fuel, fuel oils, and coke tar. These production activities generated wastes which resulted in the release of hazardous substances at the site. The Environmental Protection Agency removed hazards at the site in 1998 and 1999. Activities included removal of asbestos and tetraethyl lead from storage tanks, demolition of the refinery structures, disposal of laboratory chemicals and other wastes mainly located on the south side of the refinery. On the north side of the refinery, the hydrofluoric acid alkylation unit was dismantled and the remaining acid was removed from the site. The site was included in the National Priorities List in July 1999. In September 2002, the EPA, DEQ, Army Corp of Engineers, and Coast Guard began removing asbestos, production chemicals, catalysts, and unsafe structures on the North Refinery. This removal action was completed in June 2003. From 2004 through 2006 the DEQ and EPA conducted a Remedial Investigation and Feasibility Study. The Remedial Investigation identified the types, quantities, and locations of contaminants and the Feasibility Study developed ways to address the contamination problems.

Good photos. I remember driving by this place all the time on 33 going to Drumright. Not to encourage anything illegal, but I'd be interested to see YOUR take on the hospital in Guthrie. I'd imagine, if there's still old hospital equipment, as has been reported, some amazing photo opps await…