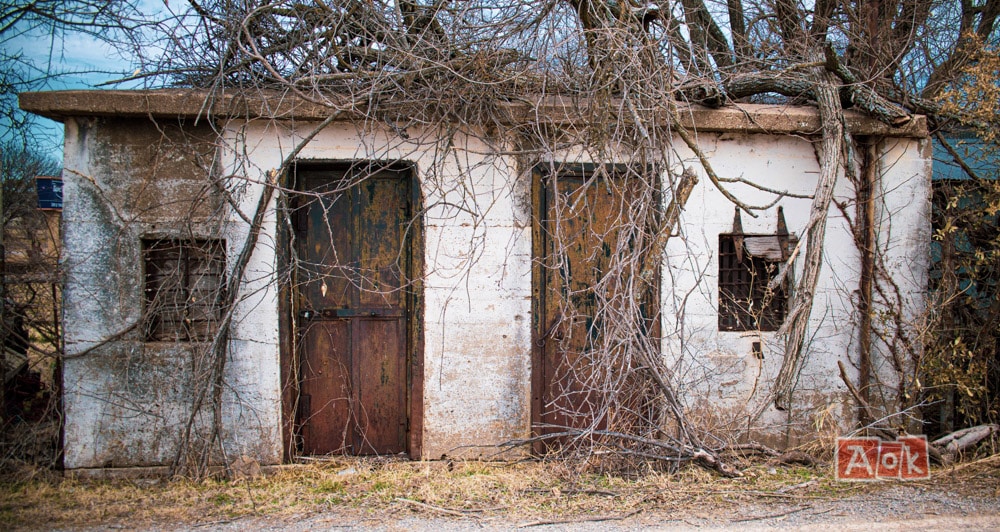 This two cell jail located in Stratford is first shown on fire insurance maps in 1908, just one year after the towns incorporation. Most of these jails were discontinued in the decades between 1930-1960 although the official year of closure for this one could not be found.

Some newspaper articles involving the jail and its prisoners are included below:

Constable Burfield of Byars, arrested D.L. Hall, a farmer, on Thursday and took him to the Stratford jail. The constable had noticed that the farmer was acting strange and placed him under arrest. He managed to escape and hired a rig to drive him out of town. At this time it was plainly evident that Hall was violently insane. He was laboring under the illusion that a mob was trying to do him bodily harm. He also cut the Constable badly with a razor when placed under arrest. On Friday morning the farmer was found dead in the Stratford jail having choked himself to death by tying his shoestrings around his neck.

More stores are robbed, J.C. Smith is now in jail at Stratford after he was caught with the stolen goods in Bucklin, KS. He admitted his guilt and said he robbed two stores without assistance. As a result of being caught he agreed to start taking his medication.