“In the yellowed pages of an old newspaper, local officials called the building “one of Tulsa’s finest” and a peek at the “future of our city.” But the future hasn’t turned out quite the way people expected.

Some five decades after the ribbon-cutting ceremony, local officials are calling that same building an “eyesore” and a “disaster,” an abandoned hulk standing in the way of development.

Constructed in 1958 as the world headquarters for the Oral Roberts ministry, the Abundant Life Building looks something like a 7-story-tall concrete block.

The modernist architect, Cecil Stanfield, didn’t bother to include windows — a feature that was supposed to reduce the energy bill. At the time, the windowless bulk was said to make the design fresh and innovative.” – Ref. Tulsa World

There is still an ongoing battle between the current owner (who is facing major fines because of code violations) and the city as to what will become of the building. Its also referred to as the “Diamond Building” or the “Diamond Tower”.

I’d like to point out that this building was one of the creepiest places I have ever been in. 7 stories, no windows, and pitch black hallways and rooms gave this place a creep factor of 9 out of 10.

I know its been a mystery as to what was inside this building. Inside is basically an office building frozen in the 1980’s. A leaky roof is destroying the interior. Some neat features are an entrance lobby with marble walls, a very large freight elevator going down to the basement and a projector room over looking a large open room on the top floor.  Also, unless you have the ability to walk through walls, there is no way in. 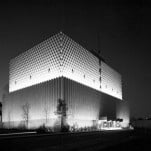 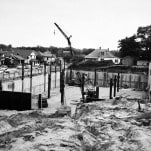 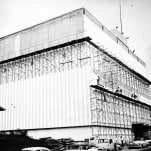 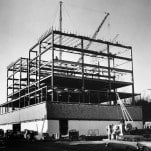 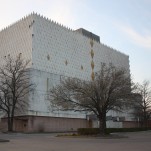 I flew my Drone around it and posted it to YouTube.
https://youtu.be/AjPupRfUKpg

This information is really useful for us cleaning makka

My Father died in that building. He was in the elevator counterweight shaft doing repairs and the elevator was supposed to be shut down by the owners of the building. It was not. This was before the days of OSHA. A law suit was brought against The Oral Roberts Foundation but they fought it and my Mother was awarded a very small settlement but nothing near what she deserved. She is now in her 80's and lives on a small social security check and Medicaid. She should have been awarded millions but instead Oral Roberts' grandchildren take corporate jets to… Read more »

I am so sorry to hear of your family history here. I vaguely recall hearing something about your father’s death. I pray one day you can let go of your bitterness, though I do understand it. For your sake though. May your mother and your family be blessed with the peace of knowing you did no harm and have clear hearts.

Almost every picture shows multiple sources of friable asbestos, partially destroyed. A honesless man fell down the elevator shaft and died a few years ago. It sits unrenevated due to cost of asbestos remediation, so they keep it locked up. Stay safe.