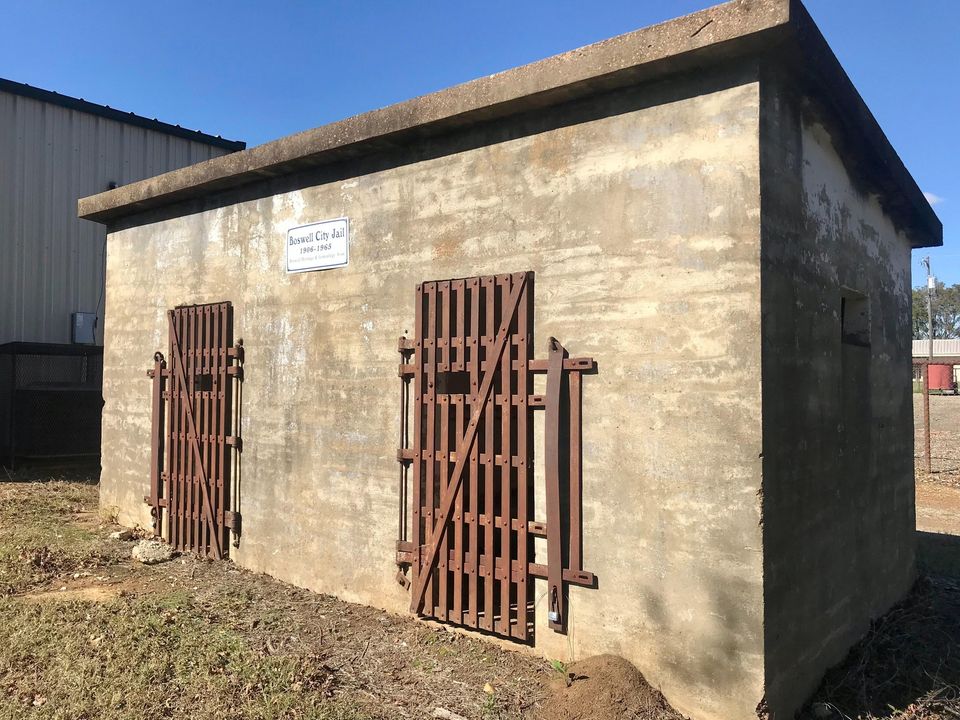 The Boswell Jail according to the placard above the doorway dates 1906 as when it was built. Although a local NRHP nomination dates it as being completed in 1939. Further evidence of it being built later than 1906 is a government Sanborn map from 1916 that shows no jail at that location at the time. The jail is made of concrete with two separate cells each containing two barred windows. The roof is slanted to allow water to roll off and both doors carry a steel strap design. The jail project was rumored to be funded by the WPA which is the first instance I’ve ever seen.

The jail would have been used mostly as a drunk tank or for petty thieves as a short-term punishment. According to the placard, the jail stopped being used in 1965, later than most of the other jails I have researched.