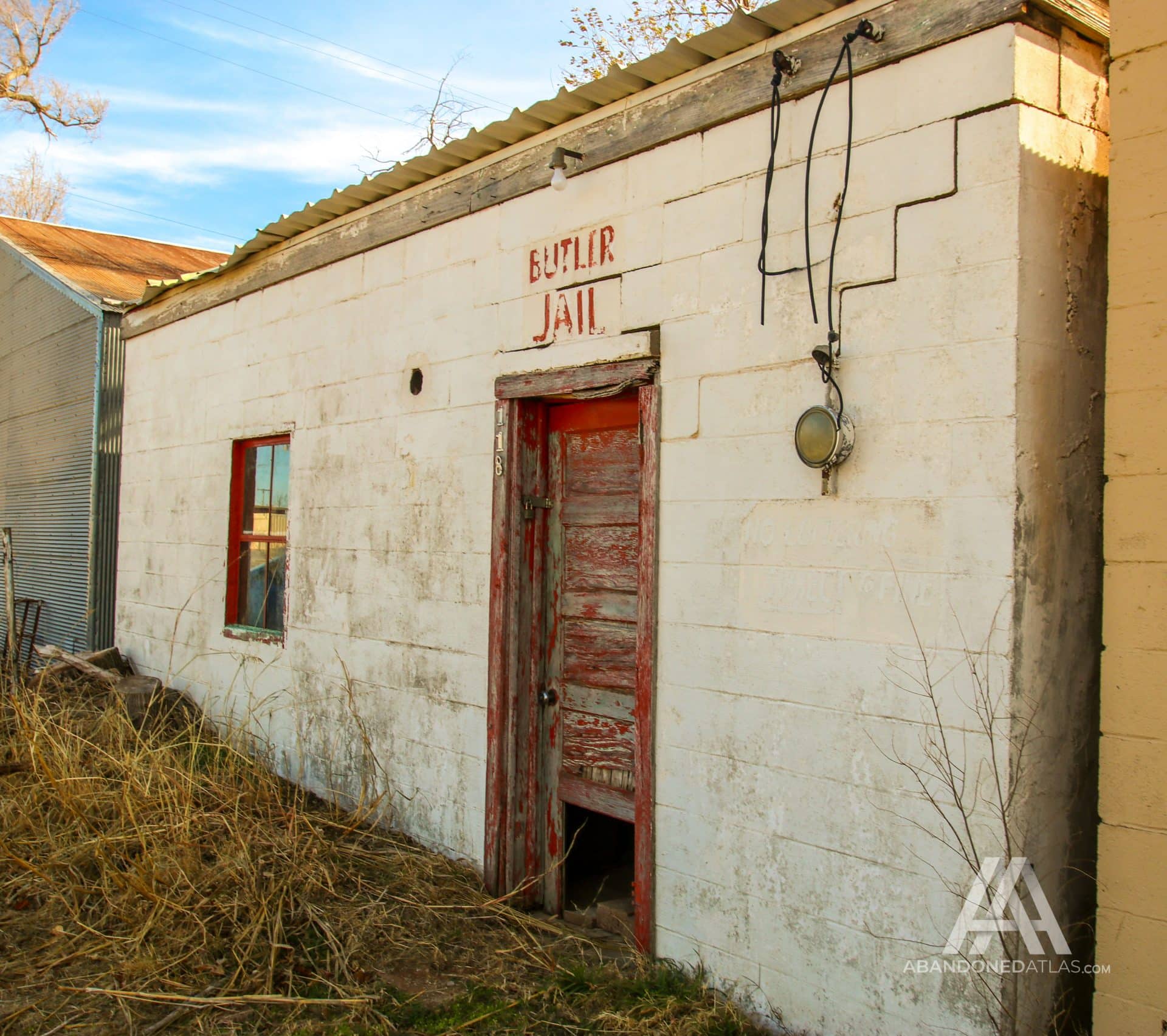 Donations for the Butler Jail were starting to be collected by councilman Ben Neu in April of 1930. He himself donated $25 and by the end of one day collected $170. A jail for Butler had been talked about for quite some time and it was now coming to fruition. With the city council and taxpayers’ approval, a petition was sent around to be signed in the support of the jail. Floyd Williams was appointed as City Marshal and Deputy Sheriff. Donations and funds were also raised to pay him for the time being. Bert Glenn was then appointed as the Police Judge of Butler.
“The new concrete jail at Butler is about completed, and will informally open for business in the near future. Souvenirs will not be given at the opening it’s said. All that remains to complete the jail is the laying of the concrete floor and hanging of the two cell doors and the outside for, which will be of iron. The iron used to strengthen the concrete in this 12×14 foot structure weighs 1800 pounds. The walls are 8 inches thick, concrete, in fact the structure is practically one solid piece of reinforced concrete, except only 3 barred openings in the cells, another ‘window’ in the lobby and the iron doors. The roof is solid concrete too. The main door faces north. There are two cells and doors on these open into the lobby or office or whatever you choose to call it. The jail is located on a lot just west of the Theo Barker brick. The cost was around $400 and it was built with money donated by citizens including a $10 donation from Co. Sheriff Raymond Greer. Henry Cox and Bert Glenn did considerable work on this job; R.G. Hardin also, and others. Cox, Hardin, and Buzzard were the building committee. It is a very substantial jail, one of the best in the state, and local citizens feel like it’ll hold anybody so unfortunate as to get in it.” – The Butler Herald June 5, 1930

In September 1947 Butler got a new Marshal and Justice of Peace. C.E. Rus as City Marshal and Bert Glenn as Justice of Peace, former Police Judge. The Butler jail went through renovations during this time including the addition of lighting, gas, and modern toilet facilities to keep in regulation with jails.

Its unclear exactly when the jail stopped being used but probably at some point in the late 1950s or 1960s. Through the window, it looks in almost pristine condition as if the jailor locked up and left it gathering dust all of these years.