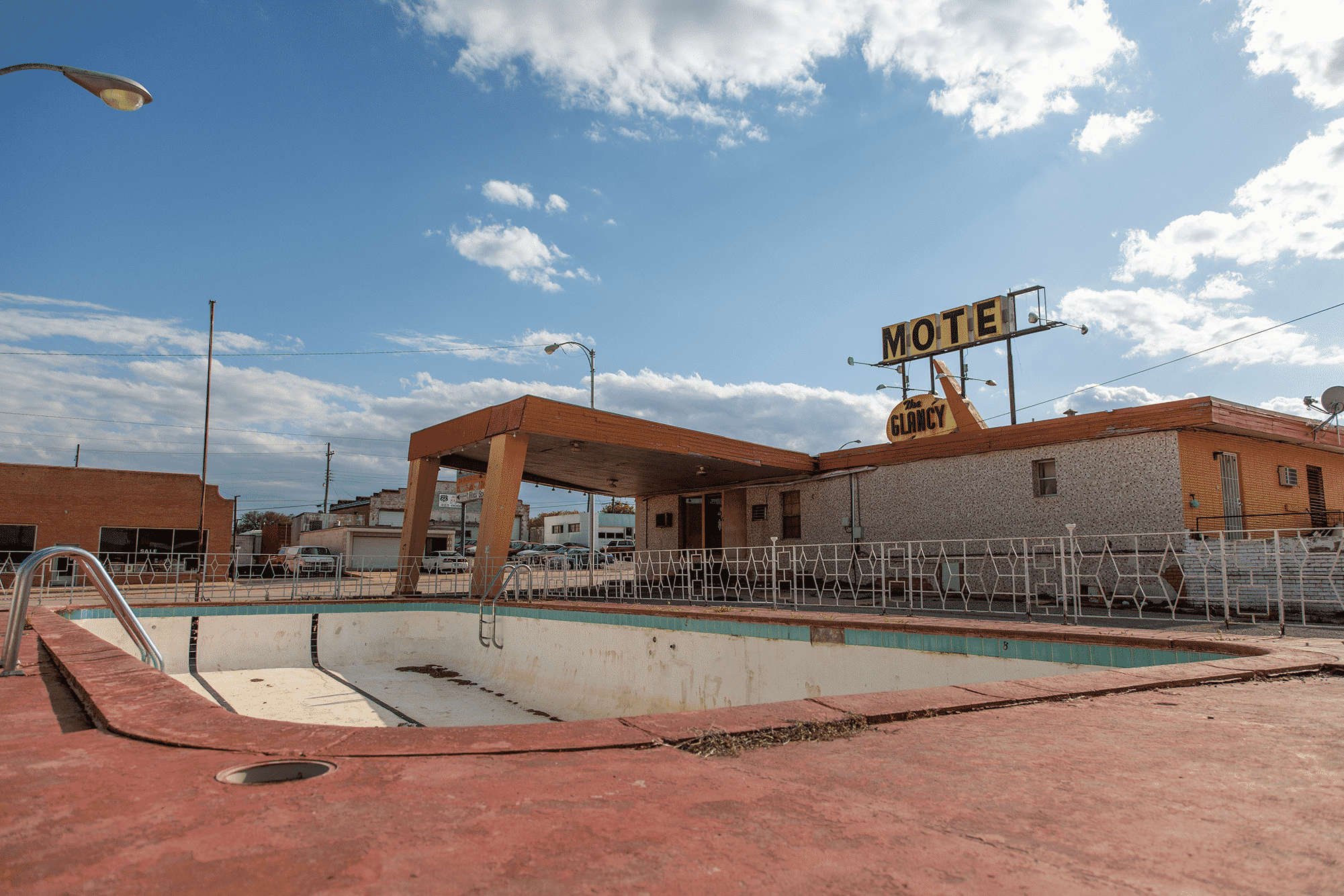 Chester and Gladys Glancy had been in the hotel/motel business for at least a decade when they sold their Best Western and opened their independent Glancy Downtown Motel in 1950. It was originally constructed with 18-units and then in 1959 added seven more rooms. On March 01, 1959, a two-story, $125,000, 25-unit addition was unveiled during an open house with the bonus of a swimming pool.

On December 30, 1962, the new and improved Glancy Motor Motel opened for business with twenty new rooms, bringing the total number to seventy-five. Each room featured one of five color schemes, red, blue, gold, green, and tangerine. In addition, mahogany wood panel walls, carpet, HVAC in each room, and telephones. “We feel our rooms are far superior to anything we’ve ever been in,” said Chester Glancy of his new rooms. A new office was added, including a manager’s apartment and private office. 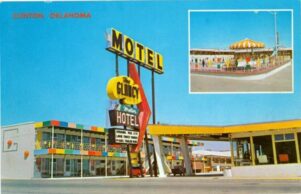 The Glancy Motor Motel was something straight out of a 60s time capsule, I can still picture all the muscle cars parked in the parking lot. But like many Route 66 establishments, when I-40 killed the Mother Road it killed small business too. The popular restaurant next door Pop Hicks burned down in 1999 further hurting Glancy. And as a final blow in August 2019 the Clinton City Council unanimously voted to condemn the historic motel due to years of violations and conditions of the hotel. It closed down and hasn’t opened since.

Gallery Below of The Glancy Motor Motel