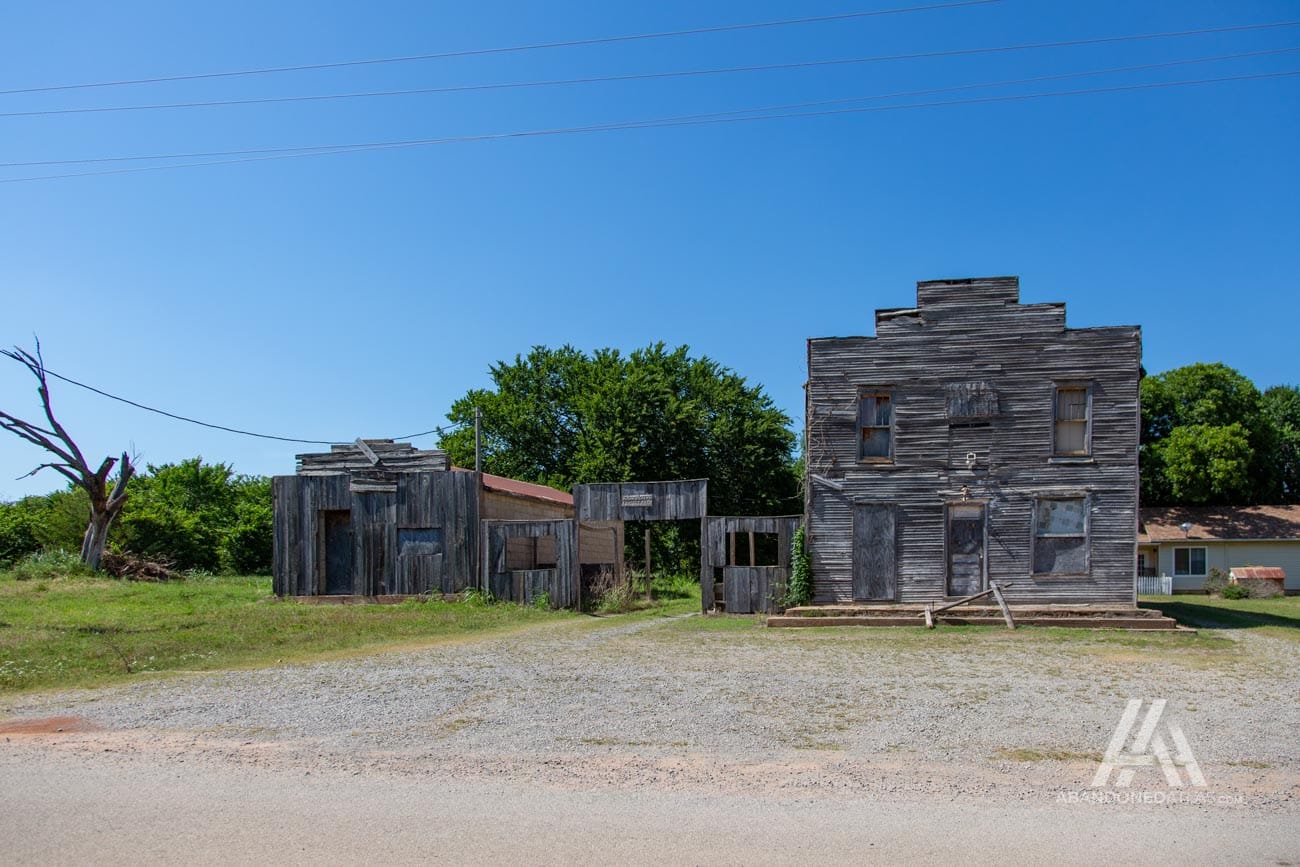 Ingalls was established on April 22, 1889, by Dr. Robert F. McMurty and Robert Beal. Ingalls was apart of the Unassigned Lands just east of Stillwater during Oklahoma’s first land rush where it was then snatched up for a townsite. Named after John Ingalls, a Kansas Senator who was influential in passing legislation to open up the Oklahoma Territory. The town flourished as a hub for cotton and grain. Businesses included two blacksmith shops, dry goods and hardware store, a barbershop, gristmill, general stores, and of course hotel, saloon and livery stables. The school was small and never held more than a few dozen students at a time.

On the morning of September 1, 1893, a gunfight so incredible would take place in Ingalls Oklahoma that it would go down in history as one of the fiercest gunfights of the wild west. Ingalls was a popular hideout for the Dalton-Doolin Gang, which consisted of Bill Doolin, Will “Bill” Dalton, Tulsa Jack, Dynamite Dick, Arkansas Tom Jones, Slaughter Kid, Charley Pierce, Little Bill, Red Buck, Little Dick West, Bitter Creek, and Ol Yantis. The outlaws were despised and well, wanted, in most other places but Ingalls welcomed them and even encouraged their stays because of the wealth that they bestowed. The gang would spend money generously in Ransom & Murray Saloon, living in the hotel, merchant stores, and other businesses.

Officers in Guthrie and Stillwater caught wind of the gangs’ whereabouts in Ingalls and formed a posse to capture the crew. The posse of thirteen officers crept into Ingalls stumbling upon “Bitter Creek” mounting his horse outside of the saloon that most of the other gang members were playing their poker game inside. The officers fired upon Bitter Creek and were met with returned fire from Arkansas Tom who was sick in bed in the nearby hotel, giving him a second-story view of the commotion. His bullet hit U.S. Deputy Marshal Thomas Hueston who would succumb to his wound a day later. Bitter Creek on the other hand was wounded as well as Dynamite Dick and Charley Pierce but all managed to escape the ordeal. A gunfight straight out of a wild west movie ensued as the outlaws shot their way to the livery stables where their horses were waiting, ready to make their escape. Deputy Lafayette Shadley fired upon Bill Dalton trying to make a run for it, hitting his horse by accident. The horse fell to the ground from its injury knocking Dalton off who then returned fire at Deputy Shadley mortally wounding him. “Lafe” Shadley would die two days later and Deputy Marshal Richard Speed died then and there at the hands of Bill Doolin’s bullet.

The outcome of the gunfight resulted in three U.S. Deputy Marshals dead, all of the gang escaping except Arkansas Tom who was trapped in the hotel and taken into custody. As well as one innocent bystander, Young Simmons, dead who was trying to take cover in a nearby saloon. Old Man Ramson and Mr. Murray, saloon owners, and Dalton Gang allies were wounded but both recovered. Mr. Murray was shot in the ribs and the arm when he fired at the deputies in solidarity with the outlaws, he was arrested and sent to prison for his crime.

One George Ransom owned a saloon in the town of Ingalls and this man Murray worked for him as bar tender. The outlaws Bill Doolin “Bitter Creek,” “Tulsa Jack,” “Dynamite Dick,”Red Buck,” Tom Jones and numerous others made this saloon their headquarters, and Ransom, Murray, and other citizens catered to their trade, carried them news of the movements of the Deputy Marshals, furnished them with ammunition, cared for their horses, permitted them to eat at their tables and sleep in their beds. These facts were well known to the community, although a conviction on the charge of harboring or aiding and abetting criminals against the laws of the United States could never be sustained, by reason of the fact that the entire community was under duress and would not testify for fear of losing their lives and property.

Eight or ten horses were killed and nine persons killed and wounded. One deputy was killed outright at the first fire and two more died the next day. Three outlaws were wounded and one captured. The one captured was afterward sentenced to fifty years in the penitentiary and is now serving his time.

The downfall of Ingalls came soon thereafter as the town tried to live down its famous fatal gunfight from the outlaw’s vs. deputies. In an attempt to fix its “outlaw town” reputation on May 17, 1894,  the town passed a resolution stating “Whereas, the town of Ingalls and vicinity has a hard name for outlaws and thieves, all because of the fight last September; Resolved, that we condemn and discountenance any felonious acts, and will do all in our power to stop all unlawful deeds.” This proved to be unsuccessful no matter how hard the citizens tried to keep the criminals in order. On July 3, 1894, six men rode into Ingalls declaring that Bill Dalton had been betrayed by Saloon Keeper Nichols, and proceeded to demolish his saloon. The place was a wreck in three minutes. It is said that Nichols gave certain officers information as to Bill Dalton’s whereabouts. As if outlaws weren’t poisoning the town enough, it soon became infested with Klu Klux Klan members.

With its highest population peaking at only 150 during the 1890’s and its deteriorating notoriety and continued crime its post office closed by October 31, 1907. In a last-ditch effort to save the town and start with a clean slate, a new post office was established a bit north of the Ingalls townsite under the name Signet on June 21, 1921. This didn’t go over well with the residents and they protested the name be changed back to Ingalls. The final blow for the town was when Highway 51 & 108 failed to pass through Ingalls. All that remains are replicas of the hotel, general store, saloon, and livery stable.

Gallery Below of Ingalls, OK

That’s too cool, looks like it should be and old jail like you see in the movies