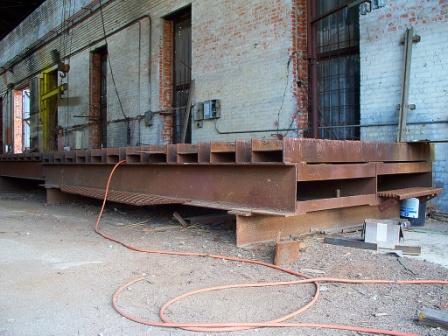 The history of Oklahoma Natural Gas spans a century of petroleum history and illustrates the industrial advances that brought amenities such as public utilities, specifically heat and light, to urban communities throughout the Sooner State. In 1905 two entrepreneurs, Dennis T. Flynn, a former territorial representative to Congress, and his law partner, Charles B. Ames, devised a plan to tap the wealth of natural gas available in the oil fields of north-central Oklahoma. They joined forces with H. M. Byllesby of Chicago, for whom they were attorneys. All three were also involved with Oklahoma Gas and Electric Company (OG&E). They intended to create a new venture to bring gas to Oklahoma City from the Cleveland Field. Flynn was the president and Ames the assistant secretary, and other oilmen served as directors.

Oklahoma Natural Gas Company incorporated on October 9, 1906. After Byllesby backed out, the two brought in experienced Pennsylvania pipeliner and former Standard Oil Company executive Glenn T. Braden and Pittsburg oilman Theodore N. Barnsdall. Their Osage and Oklahoma Gas Company had been formed in 1905 and was supplying Tulsa’s natural gas from the Osage Field. The reorganized ONG spent the spring and fall of 1907 building a gas pipeline from Braden’s Osage leases to Sapulpa and to the capital city. Braden eventually succeeded Flynn as president. After completing the project at a cost of $1.7 million, on December 28, 1907, ONG opened the valves and began supplying the locally owned Oklahoma City system. Soon the enterprise built extension lines to Guthrie and Shawnee. In 1910 the company built the first compressor station constructed in the state.

At that time, producers and distributors such as the Osage and Oklahoma Gas Company brought the gas out of the ground, and pipeline companies such as ONG transmitted it to local service providers that piped it into communities for residential, commercial, and industrial uses. Over the first thirty years of the twentieth century, ONG gradually moved from being a pipeline transmission company to a vertical arrangement of leases, pipelines, plants, storage facilities, and delivery systems as it acquired numerous producers and local service providers. By 1919 the company supplied gas to thirty-seven communities in central Oklahoma over more than a thousand miles of line. They tapped new fields, such as those developed near Cement and Walters in 1918. Braden led the company until he retired in 1921. At that time, ONG maintained more than thirteen hundred miles of lines and served half a million people in forty-four communities. ONG’s General Office Building in Tulsa was constructed in 1928.

Over the years ONG acquired dozens of companies, including Enid Natural Gas Company in 1921, properties of Broken Arrow, Okmulgee, and OG&E in 1927, Muskogee Natural Gas Company in 1936, and Central States Power and Light Corporation in 1941. After its initial incorporation in 1906 under the laws of Oklahoma Territory, ONG was reorganized several times, under the laws of Maryland and then of Delaware. The 1935 Public Utility Holding Company Act required another restructuring. Shareholders numbered fifteen thousand by 1963, more than half of them being company employees.

By its 1956 fiftieth anniversary ONG had six hundred employees in the state and maintained sixty-six hundred miles of pipelines, and served 329,000 customers. An elaborate celebration on October 9, 10, and 11 included a public open house. On October 9 a special commemorative television show was broadcasted on stations in Tulsa, Oklahoma City, Ardmore, and Muskogee.

In December 1980 the board of directors of ONG changed its corporate name to ONEOK Inc. ( pronounced “one oak”). At that time the utility (gas service) portion of the company became a separate division and retained the corporate name Oklahoma Natural Gas. In a state that ranked third in gas production among the fifty states, ONG reached all parts of Oklahoma. By 1997 the company owned 18,500 miles of pipeline, served three-quarters of a million customers, and employed more than twelve hundred. ONG’s parent company, ONEOK, a diversified energy company involved in all aspects of petroleum production, processing, and marketing, has more than two million customers in Oklahoma, Kansas, and Texas. At the beginning of the twenty-first century ONEOK maintained headquarters in Tulsa, and Oklahoma Natural Gas was headquartered in Oklahoma City.

It had been a welding fabrication shop at different times 2007/2008 was the last time it was used. All the copper in the building has been stolen now.

Except the 3 massive copper rods used to carry electricity for the 5-ton overhead crane. These are solid copper conductor rails that stretch the length of the main building. Probably worth a fortune.

I agree with your point. You have a nice vision about the copper rods and its functionality. Thanks

I have been there for once. Thanks for sharing this place. This kind of place fascinates me as there are many machines work there at same time likes valves, gears etc. Their noises are good to here for while but at times they become annoying as well.

My grandparents live in Kellyville and I go there several times a year, yet I don't remember seeing this building. I think I have, but I'm not sure.

Well from one of the signs out front, We could barley make out somthing about fabrication. Evidently someone who owned it or used to own it had turned it into some kinda shop. There were no tools left or anything to decipher what kind of shop it used to be.
The answer lies in the owner or someone who lives in the area.