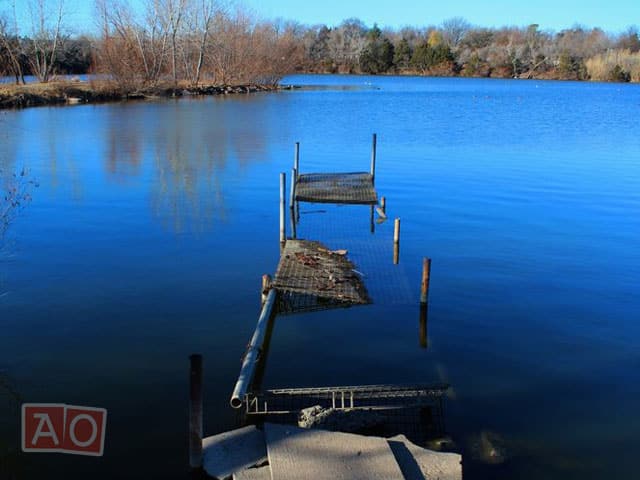 It´s 1971, and the pool at the Oklahoma City Sportsman’s Country Club is full of laughing children and families. In the early evening, tables are all reserved in the dining room, and men are talking about their latest turkey, boar or deer hunt.

Fast-forward 40 years, and the crowds at the pool and dining hall have waned. Fewer people are hunting, and the club’s membership, which once stood at more than 1,100, has dwindled to fewer than 700 members.

When the club opened in the 1940s, members were permitted to hunt on the 30-acre site. Once the city began to grow, hunting on-site no longer was an option. And as Oklahoma City continued to grow, so did the club, which received a renovation in the mid ’80s.

But that was more than 20 years ago, and assistant manager Debbie Goodson says it shows. As a member for more than three decades, she has witnessed the decline.

“At this time, we’re trying to renovate and get more members,” she says. “It’s a great location, and we’re just trying to keep our membership.”

Mannfred Westerwelle, who served as general manager of the Oklahoma City Golf and Country Club for 23 years, helps run the Sportsman’s Country Club now, and says new members are the lifeblood of any successful club.

Goodson says the recession took its toll on the once-popular family country club, but time and age — both on the building’s façade and its membership — have been equally harsh.

The Thursday-evening bingo buffet and Sunday-morning brunch with live piano music remain staples of the club. But fewer people attend.

“It’s a very unique club and a very family-oriented club,” Goodson says. “We have families with three and four generations here. We have a very good swimming program, and we serve excellent food. We make the members very welcome when they walk through the door. We know who they are, and we know what they like to eat and drink.”

Goodson noted through the financially turbulent years of 2007 and 2008, there was a mass exodus of members simply not renewing. Most recently, the club’s board has placed an emphasis on renovation and attracting new members.

“We are holding our own right now,” Goodson says. “The members are still coming over and using the facility, but we’re just not growing, and our board members see that in the near future we have to grow.”

The hunting club is one unique portion of club membership. Join a golf country club, and you have access to a few thousand yards of highly manicured turf. Join the Sportsman’s Club, and you get access to some 60,000 acres of Oklahoma hunting land. Acreages are available for hunting deer, quail, prairie chicken, wild turkey, duck and geese.

Goodson says by design, the club isn’t a good ol’ boys’ club. Young men in their 20s and 30s who love to hunt for deer and quail are members. Hunting memberships range from $130 to $145 per month. Business members pay $55 per month, granting them access to the restaurant and meeting rooms with the ability to invite clients.

Of course, there are older members who no longer hunt, but opt to pay $95 per month to have access to the restaurant and other social amenities for themselves and their grandchildren.

So how does the Sportsman’s Country Club stay off the endangered list?

“Marketing, which we’ve never done at all. We’re kind of in the back ages,” Goodson says. “I’m not embarrassed to say, but in 2007, we just started using computers.”

Gallery Below of Sportsmans Country Club

What a sad article to read. Our family spent a lot of time there at the pool and at the tennis courts in the early 80's. It truly had a wonderful feel and was a happening place. The swim team was awesome and everyone was there was like family.

I spent a lot of time here when i was growing up, My father and I joined in 1997 when i was 5 and we would go to all the different hunting leases the had. It's strange seeing the ballroom looking so bad where we would have our turkey federation dinners. The pool is probably the hardest to look at, spending the summer days with my mother and siblings at the pool is something I will always treasure. We left in 2008, they had gone up on prices so much and never seemed to have the time to go, but… Read more »

My grandparents, Mr and Mrs. Owen F. Renegar Sr, were charter members of the club. I remember they had my 8th birthday party there inviting all of my classmates.

I think that this club is not in the very poor condition and everything can be restored.

Does anyone know who to contact regarding purchase of the land?

Had several birthday parties and school events take place here. This spot, however, is not in Bethany. It is in Oklahoma City.

So this is weird. Chickasaw nation putting out a bid for the demolition of 3 buildings and 3 pools at the Sportsman Club. But it lists the location as ADA. Did the tribe buy this property? This is open for bids today for the demo.

Does anyone know the history of the property itself? I had heard the lake was formed from a quarry that used to be there. Was the old Blossom Heath located here?

This is crazy. I was invited out to speak to a civic group last summer. It seemed like it was running fine. The buffet lunch wasn't as great as the Petroleum Club but it was decent. I did read where they sold it to a developer who plans to build homes on the site.

Awesome pictures. I was confused about the article you use stating that they are still in business. Once I clicked on the link I saw that the article was dated 2011. It's too bad they weren't able to stay open but it sure makes for a good post on this website! 🙂

Great photo set. Particularly haunting was the piece of unfinished pencil sketch art and the santa costume. It's amazing this place didn't close sooner considering their outrageous prices. The only reason people pay that much to be part of such a club is because everyone else does. They want to be part of the scene. The mistake this club made was when they followed the trend of banning smoking. What kind of hunter wants to hang out at a club they can't smoke in? Then they made the further mistake of making it so kid friendly to attract women. The… Read more »