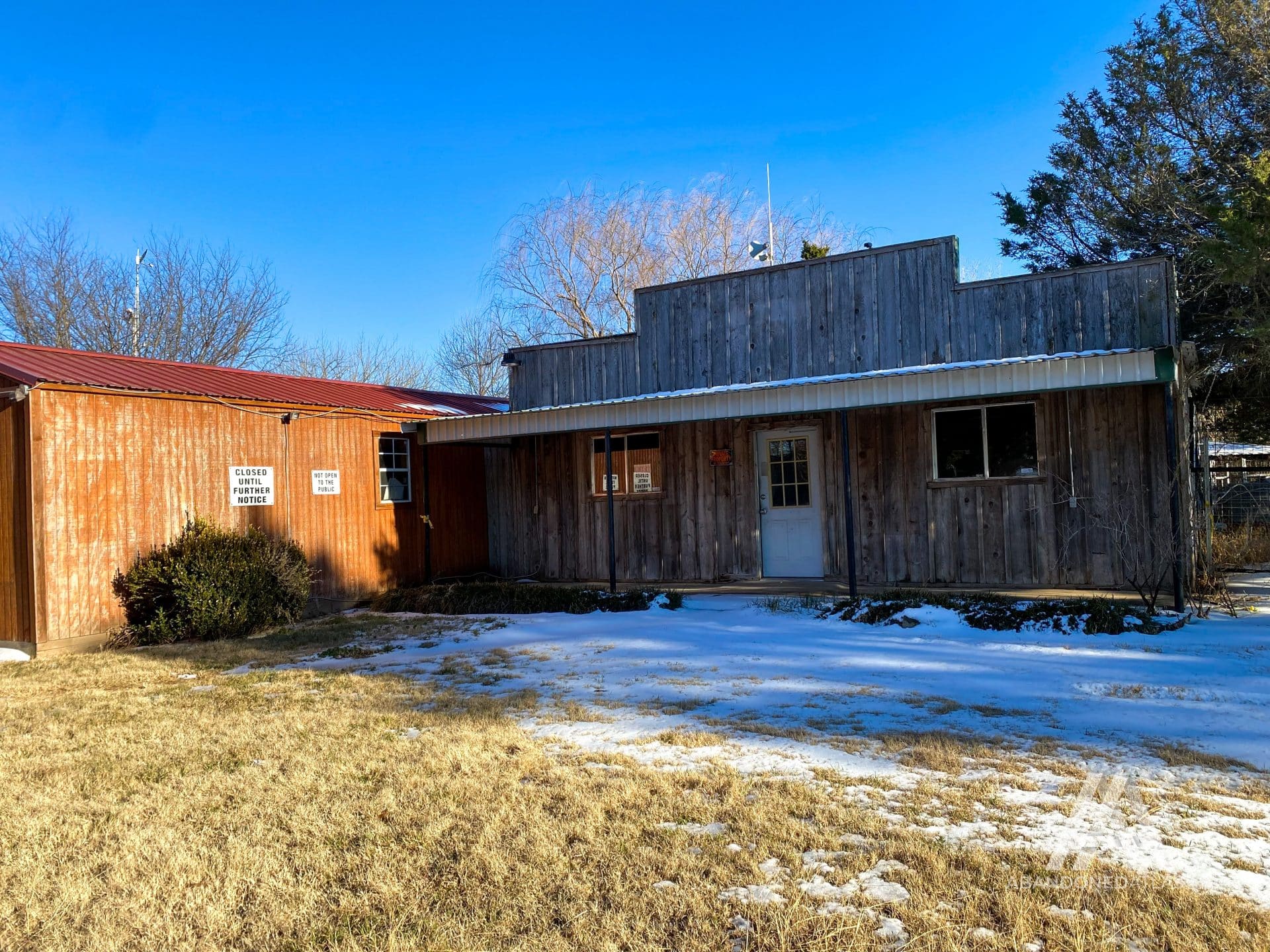 What has now become known as the ‘Tiger King Park’ dates back to 1999 when it was established in rural Oklahoma as the Garold Wayne Exotic Animal Memorial Park. The park was started by Joseph Maldonado-Passage (Schreibvogel), better known as Joe Exotic, and named the park after his late brother. Over the years it went by numerous other names including G.W. Exotic Animal Memorial Foundation, Garold Wayne Interactive Zoological Foundation, and in more recent years Greater Wynnewood Exotic Animal Park and Tiger King Park.

It wasn’t long before the park started racking up violations, from 2000 – 2004, the exotic park was cited multiple times by the USDA. Amongst the violations included:

Because the USDA has limited resources it isn’t often that the animal abusers it cites receive real legal action before a court.

But after years of accumulating citations, the USDA filed a twenty-page lawsuit against the park owner Joe Exotic. And yet the park grew in fame, between the character of a person that Joe Exotic was and having a plethora of exotic animals out in the middle of Oklahoma it seems the park did just fine on visitors. As a result of the lawsuit, he was ordered to pay a civil penalty of $25,000 and the park was given a two-week suspension.

After the two-week suspension, the park was under an eighteen-month “probation period” that if more evidence was found of violations the park’s Animal Welfare Act license would be revoked. This was just the beginning of the controversy and abuse that would encompass the park.

In 2006, a PETA worker had gone undercover and gotten a job at the Wynnewood Exotic Park for five months. The purpose of the investigation was to document abuse witnessed by the worker. Two examples of the abuse the worker witnessed and brought to light were that of a tiger named Julie and a pair of tigers known as the ‘Vegas Tigers’. During some of the workers’ first days on the job, he became acquainted with a tiger named Julie.

Julie was left with three legs after being attacked by two other tigers that attacked her cannibalizing her front right leg. An amputation on the remaining stump was performed and stitched up, but a cone or proper bandaging was not placed on Julie allowing her to itch and chew at the wound. Her stitches opened up and she was left with a gaping hole that had gone untreated. Actual workers at the zoo would tell guests when they asked about Julie’s missing leg that she was injured prior to being “rescued” by the park even though she was born into it.

The ‘Vegas Tigers’ debut at the park was announced in one of the parks’ newsletters in 2005. The tigers were allegedly given to the park having “outgrown” their stage with the Fercos Bros. in Las Vegas. Shortly after the PETA undercovers’ arrival, the Vegas Tigers were put down by lethal injection because the staff noted them as being “mean”. Later that year when the Fercos Brothers came to visit the tigers they were told they passed away after lightning struck their enclosure. Numerous other videos of abuse to the different animals were taken and released to the public showing just how terrible the park was.

And still, Joe somehow was allowed to continue profiting off his animals. And for years the park carried on as normal, regardless of everything that had come to light in the short period of time. Thousands of guests came to take pictures with baby tigers and loom at the big cats pacing their cages and enclosures.

But allegations and citations continued to plague the Exotic Park. In September 2009 the USDA issued a warning for alleged violations of the Animal Welfare Act’s handling requirements of newborn cubs in response to two separate incidents about a year prior. One of those incidents resulted in a guest being bitten by a lion cub.

By 2010 G.W. Exotic Animal Memorial Foundation had envisioned the next big thing. With the creation of Big Cat Rescue Entertainment Group, Inc. It wasn’t long after when Big Cat Rescue Corp. a big cat rescue ran by Carole Basking filed suit against Joe Exotic, claiming the name and logo similarities were used to damage their reputation, cause confusion, and had resulted in financial loss.

Now, this was not the start of the feud between Baskin and Joe Exotic as she had previously been a huge critic of the practices at the park before. But the lawsuit definitely added fuel to the fire after it settled in 2013 with a judge ordering Exotic to pay $1 million. As a result, Joe Exotic’s park filed for bankruptcy but still remained open to the public.

A “new” park, The Garold Wayne Interactive Zoological Foundation, was incorporated shortly after the suit. The entity G.W. Exotic Animal Memorial Foundation was dissolved and its assets, but not liabilities, were transferred to The Garold Wayne Interactive Zoological Foundation. This was done in an attempt to get out of paying the million dollars to the Big Cat Rescue. Big Cat Rescue again filed suit saying that the new park was a successor to the first park and had the same personnel, income, assets, property, and overall business. During the years 2013-2016 the park continue to rack up citations with the USDA including:

March 2013 – Joe was cited for fencing and a gate that was leaning and sagging and could provide a means of escape, a broken roof in a tiger’s enclosure, inadequate shade.

March 2014 – Joe was cited for inadequate vet care, rusty cages with sharp, protruding edges, a missing plank in the tiger’s walkway, and an exposed screw.

April 2014 – Exotic was cited because a bear had been injured on April 2, resulting in a 4-8 inch long laceration. The vet was said to have stitched up the bear, but the wound was reopened 3 days later. Allegedly, Joe re-stitched the bear, without the vet, but on April 14 workers reported that the wound was open.  The vet came on April 15 and euthanized the bear.  He was cited for failing to have the vet care for the injured bear between April 5 and April 15.

August 2014 – He was cited for standing water, food and waste in an open ditch next to the primates, described by the inspector as “an open sewer,” unsafe caging, “numerous wasps” in the primate shed, tigers being kept in a cage where the gate hinge had “rusted through”, “significant” rust in a support pole, no water and no water bowls in the grizzly cage, rancid meat on the floor of the tiger cage that was covered in maggots, numerous ants and food stuck in the feed chutes that was covered in ants.

March 2015 – Maldonado was cited for a “trail of rodent droppings” on the rails between cages, food stored on the floors, dirty food receptacles, rotting meat on top of the cages, where keepers had apparently tried to throw it into the cages and failed, a decomposing rat that was intended as food, no shade for a tiger named Batista and more.

November 2015 – Maldonado was cited for dangerous conditions for his cubs who were being raised in a room with “live, bare electrical wires” and glass window panes within reach of the cubs that could provide both injury or a way of escape.  He was also cited for improper handling of food for the animals.

And these were just a FRACTION of the violations found in USDA reports. In 2016 the second suit filed by Carole Baskins organization had been settled by a judge and again The Garold Wayne Interactive Zoological Foundation was determined liable and ordered to pay $1,028,000 and interest. Knowing that the park would be in financial ruin over the suit, Jeff Lowe another name in the big cat world, came to Joe offering “a way out”.

He took over control of the park but left Exotic in charge which quickly led to conflict between the two. Joe cut ties with the park in June 2018 over the conflict. It was just three months later that Joe was arrested on suspicion of murder for hire of the Big Cat Rescue founder Carole Baskin. By 2019 the case had settled with a jury finding Exotic guilty of not just the murder for hire plot but also seventeen federal animal abuse charges, sentencing him to twenty-two years in prison.

That same year Jeff Lowe had announced he would be creating a new park in Thackerville and starting the process of moving the animals there. After a brief closure due to Covid, the former Greater Wynnewood Exotic Park reopened in May 2020 as the Tiger King Park and continued to run while things at Thackerville got set up.

It was during this time that the Tiger King, featured in the netflix documentary series, debuted and became an overnight sensation. Hundreds of thousands of people were posting about the docuseries entranced by the man that is Joe Exotic and his feud with Carole Baskin. Lowe capitalized on the popularity while he could but it wasn’t long after the reopen that federal judge Scott Palk of the Western District Court of Oklahoma ordered that ownership of the Tiger King Park be relinquished to Baskin after finding Exotics transfer of the park to his mother fraudulent in order to avoid paying the million-dollar verdict of his suit with Baskin.

Jeff Lowe was ordered to vacate the park within 120 days and remove all animals from the park. But before he even had the chance to fully leave the property the USDA found many of his animals to be suffering from flystrike, and on August 17, the Lowe’s exhibitor’s license was suspended for 21 days. The next day he vacated the property entirely and did it fell abandoned with new owner Baskin quickly selling the property under the condition that it NEVER be used as an exotic zoo or tourist attraction again. The Tiger King Park now sits abandoned with many speculating what will happen next.

THE TIGER KING PARK IS PRIVATE PROPERTY AND HAS 24/7 CAMERA SURVEILLANCE ALONG WITH BEING PATROLLED BY LOCAL POLICE. TRESPASSERS WILL BE PROSECUTED.

Gallery Below of Tiger King Zoo

Big Cat Rescue Caring for Cats and Ending the Trade

Took my wife here for her 30th bday 10 years ago so she could play with a baby tiger. They took as back to a sketchy mobile home with furniture and decorations that looked straight from the 70s or 80s. We were asked to sit on a big dusty, stained couch and they brought us out an adorable baby tiger. It was fun to hold and pet, but we definitely would not have done it again. Whole thing was sketchy. Before we got there, they told us one of the ligers tried to climb out of its enclosure and they… Read more »