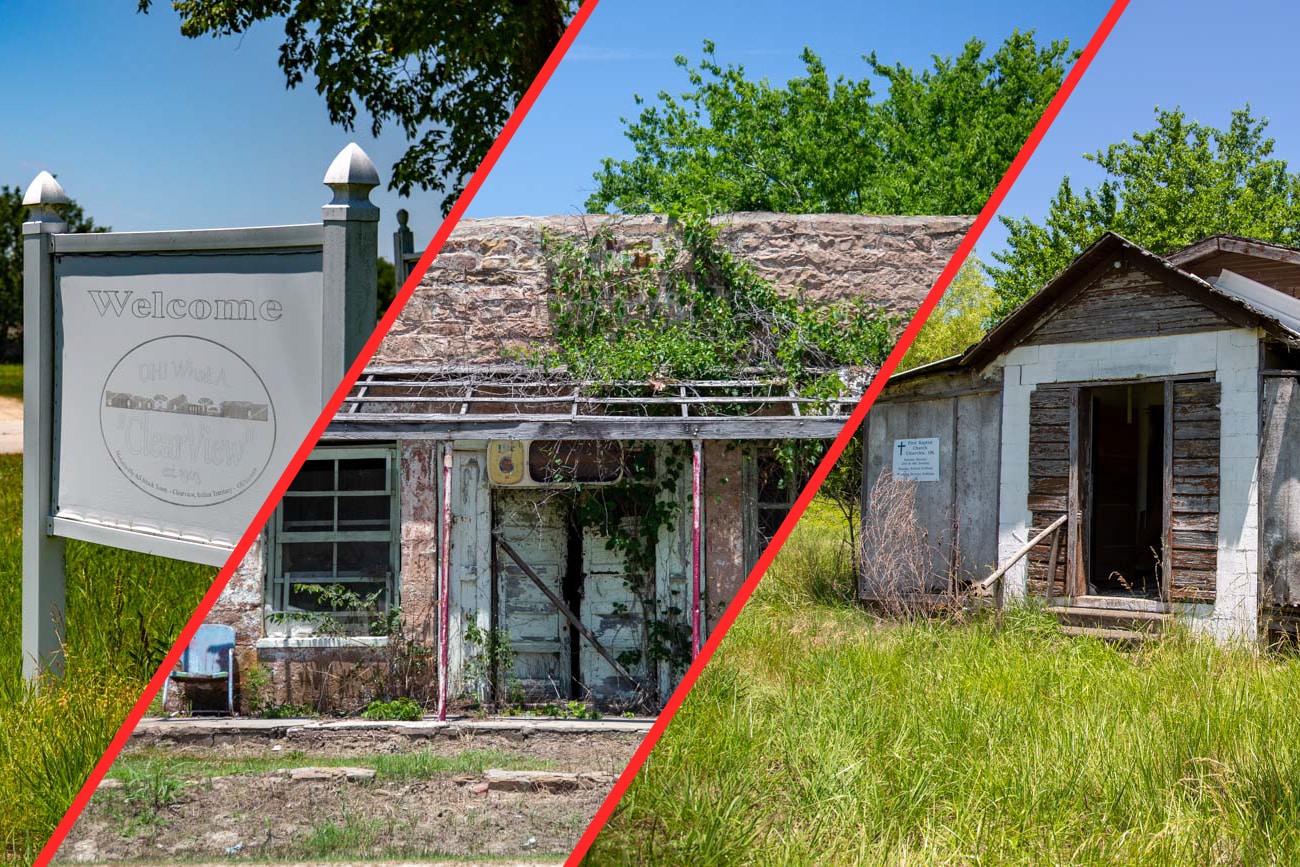 Larry O’Dell with the Oklahoma Historical Society said that when the federal government relocated the Cherokee, Choctaw, Chickasaw, Creek and Seminole nations to present-day Oklahoma, the tribes brought along slaves. During the Civil War, many of the tribes sided with the Confederacy, and their treaties with the government were ultimately annulled. When they renegotiated, the slaves became freedmen and were compensated with land.

In Okfuskee County lies one of the fifty original all-Black towns, Clearview is one of only thirteen still existing. Clearview which was originally known as Abelincoln was founded in 1903 when the Fort Smith and Western Railroad was created to go through parts of what at the time was known as Indian Territory. Three men by the names of James A. Roper, Lemuel Jackson, and John Grayson were responsible for platting the townsite. Together the three formed the Lincoln Townsite Company in an attempt to attract more settlers. A post office was officially established in the town on February 20, 1904 as Lincoln Post Office but was swiftly changed to ‘Abelincoln Post Office’ with town founder John Grayson being the first postmaster. Just a month later changed the name reverted back to Lincoln Post Office noting that Abelincoln was too long. And shortly after that the town name morphed into Clearview, Doretha Waller, who grew up in the town says, “Someone stood on top of one of the mountains and when they looked down they said ‘There’s a clear view’. Thus the new name was born, shortly after the local paper that was named the Lincoln Tribune, evolved into the Clearview Patriarch. The town quickly rose in population in businesses including a milling company, a two-story hotel and a print shop. Around 1911 Roper and Jackson departed, and J. E. Thompson moved to Clearview. Also nearby just to the northeast was the Creek and Seminole Agricultural College.

The Great Depression was when the downfall of Clearview started. The town was fueled by surrounding cotton production and after the industry took a huge hit due to the Great Depression so did the town. People left to find work and never returned, today the town only has about fifty residents and the post office was removed in 1995. Clearview residents enjoyed a brick school building with a gymnasium built in 1939 as well as two churches back in its heyday. The old school serves as the town’s Community Center, and the baptist church included below was demolished.

When you drive into the historic town today you’ll see a welcome sign that cheerful declares: “Oh! What a Clear View”. A rodeo is held once a year that brings people back for a day or two, to keep alive the memories and history of black cowboys.

Located in Clearview is the Oklahoma African American Educators Hall of Fame. This museum is such a great learning experience and available to visit by appointment only! Contact them through Facebook, or call (918) 698-6037 or  918 260-8132 to schedule an appointment.

One of the most famously photographed buildings in the town of Clearview is the Last Chance Bar, otherwise known as the Juke Joint. Bernard Drake recalls his father renting the building at one time, “He ran it as a pool hall with two tables and a jukebox. We sold pop, candies, and peanuts. We were open on weekends because us boys had school and played sports on weekdays. It was a great place for all to gather and relax. It is one of a few businesses left standing in the town although it is and has been abandoned for over a decade. Townspeople recall Susie Golden Allen once running The Last Chance Bar some time ago. The picture given was provided by Denise Arnold and depicts the building when it was the Last Chance Bar. 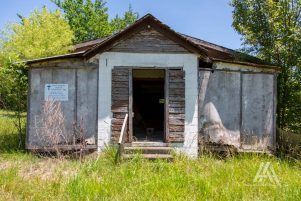 The cornerstone of the former First Baptist Church of Clearview reads “1904-1967 Clerk I.D. Combs and Rev. Wyatt Mose Mason”. There is a video of churchgoers walking out of the church in 1925 here which is a part of the Solomon S. Jones video collection. Sunday Service in the later years was held on the second and fourth Sundays at 11:00 a.m. and Sunday school at 9:45 am.

The last members of the church were two sisters that were Clearview locals. Around 2010 they sold the church to a man in Weleetka where it continued to sit empty. After decades of abandonment and the floor and ceiling completely caving in the historic church was slated for demolition. The church was demolished on March 20, 2021, the cornerstone was saved and transported to the Okfuskee County Museum in Okemah.

African peoples “brought along tribes” is not accurate reporting regardless of your source. Most people participated in the journey on the trail as their cultures were interconnected, and there were shared interests like honoring family, etc. This is a characteristic trait both the state of Oklahoma and the United States of America historians have yet to understand nor include in their historical reporting.

Perhaps you aren’t aware that there ARE historical records of humans owning other humans. I realize people today do not want to admit that their ancestors did anything of the sort, but our past does NOT determine our futures.

Native Americans did in fact enslave other humans. I am sorry you don’t wish to believe that, but it is a FACT. May not have been you great great granddaddy, but even if it were, you are not responsible for the sins of others.

Bright Blessings to you and yours Dr. Sherry.

It is also a FACT that Africans sold Africans in Africa and still are in some parts until this day!

The write about the history of Clearview and the original name of purpose of the Last Chance Bar is grotesquely incorrect.