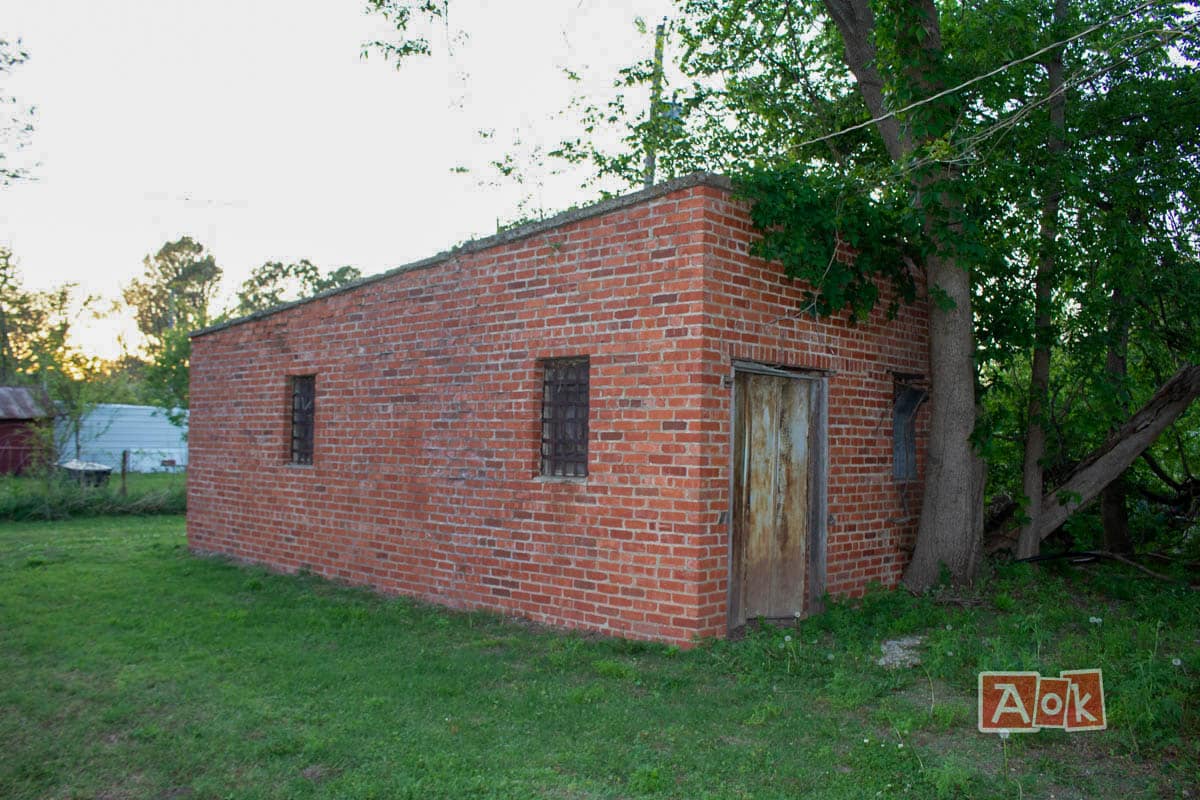 The Avant Jail is presumed to have been built in the 1910s. According to an inspection sheet from Sept. 11, 1924, stating that the jail was in bad condition and recommendations to get glass windows, cots, mattresses, and paint whitewashing. But that it was a good jail for a small town. It is presumed that the jail stopped being used around the 1930s-1940s.

The Bigheart Times on Nov. 25, 1920, reported “AVANT MAN CHARGED WITH SERIOUS CRIME Walter King was arraigned one-day last week at Pawhuska before Judge Hargis’ court and pleaded guilty to the charge of shooting with intent to kill. It is alleged that King and a man by the name of Bat Pugh, both of Avant, had a dispute over some cattle in the vicinity. King drew his gun and shot at Pugh who returned fire, it is alleged, however neither one was wounded.  The horse on which Pugh was riding was shot down from under him by King. This occurred at Avant on November 17, and since that time King has been lodged in the jail at Avant until he was taken to Pawhuska by Geo. Bolton, an officer of Avant. King is now out on bond awaiting his trial which is set for Dec. 6.”

How can I find this place?