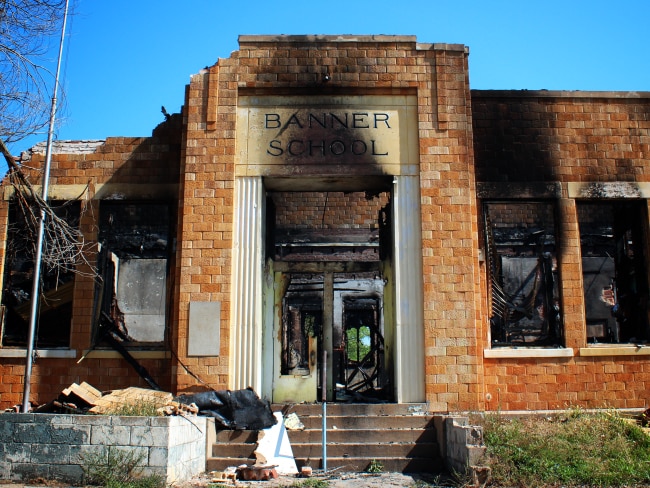 GUTHRIE — Four juveniles were arrested Friday afternoon in connection with a fire at an abandoned school building, police said.

Police arrested four juveniles Friday afternoon in connection with a fire at the old Banner School building in Guthrie. The building caught fire at about 3:50 a.m. Friday. Photo provided – Photo provided
Guthrie police detective Jeremy Thorne said the four broke into the old Banner School building. He said the juveniles started a fire in the school while playing with matches and an accelerant, Thorne said.

Police don’t know if the four juveniles intended to burn the school down, Thorne said.

The building, built in 1935, caught fire about 3:50 a.m. Friday. Although the building once housed a school, it had been decommissioned about 15 years ago and was privately owned.

This building has been torn down by the City of Guthrie.

What the hell resides in the basement

Probably the portal to hell

As far as I knew it never had a basement I went there with my Brother and Twin sister in 1951.Some of the best memoories of my life.

Hope they spend the rest of there lives paying for that school.