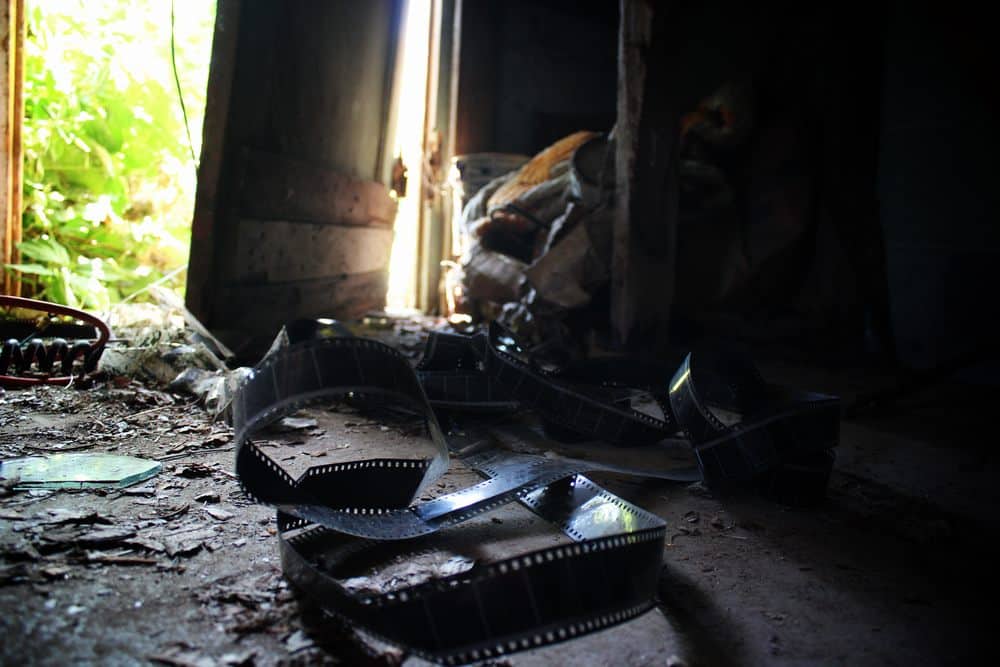 The Broken Arrow Drive-In coined the ’51 Drive-In’ due to its close proximity to Highway 51, was opened on July 1953. The debut film was The Stars are Singing starring Rosemary Clooney. In 1965 it was officially renamed 51 Drive-In while under B.H. Stevens ownership. It was a single screen with a 280 car capacity allowing for a sizeable crowd to gather and watch the outdoor films. 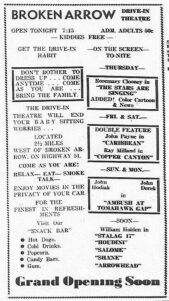 The Drive-In cost $10,000 after construction and equipment were all said and done. The grand opening date was scheduled for June 31, 1953, but was postponed due to a large trunk carrying gravel falling through their septic tank, removal was not possible until the next day. J. H. Rush, the manager said “That wasn’t the end of our troubles,” he continued. “The next night a faulty connection caused several speakers to go dead and we had to refund everyone’s’ money. Now, however, everything is going fine and we believe we have ironed out all of the kinks and are looking forward to our formal opening soon” he said.

Tragically, a small tornado hit in May of 1993 damaging the screen, with the already very little business that the 51 Drive-In and many others had been experiencing the drive-in was closed.

Love this drive thru went with my family all the time when I was a kid. Love the pics wish it was open again.

I used to work for one of the owners and they told me how they and their kids kept it going until the screen was blown down (the family still owns the property and keeps it mowed, etc.).

I'm not sure if a movie theater would work there now since Broken Arrow has grown-up around it and there would be a lot more light pollution now. Still, one has to wonder what would have happened if it was still around. They mainly showed family-friendly movies there.
😉

I grew up going here. I'd love to know who owns the land.

I shot a TV commercial for Peacock's Jewelers at the '51' back in the mid-1970's. Though we had several rain drizzles during the shoot, the crew kept wiping us and the car down and we got it done. And, "Oh, my co-star = whatta cutie." (Yeah, we're still in touch).

Is there any where we can see it?

How does something like this not get bashed up and spray painted? In DFW, this place would be ransacked.

what in the world are you trying to say??

whoownas theland and has it just sitting there?? I think it would make a neat small drive in theatre for children shows with a playground and all. Surely the new neighborhoods around there wouold not complain about that..screen could be smaller and the sound system could be done via your cell phones or other…it would just be a nostaglic place to go that is different from all the ditto stuff around..would be unique

I doubt it would ever reopen because of all the surrounding neighborhoods. Its definitely not big enough for BA.

That place crossed my mind today! I wish it would reopen one day! If only I had the money to buy it:)

This is so cool. I drive by this place all the time and can see the speaker stands through the fence. Wish it would open again.