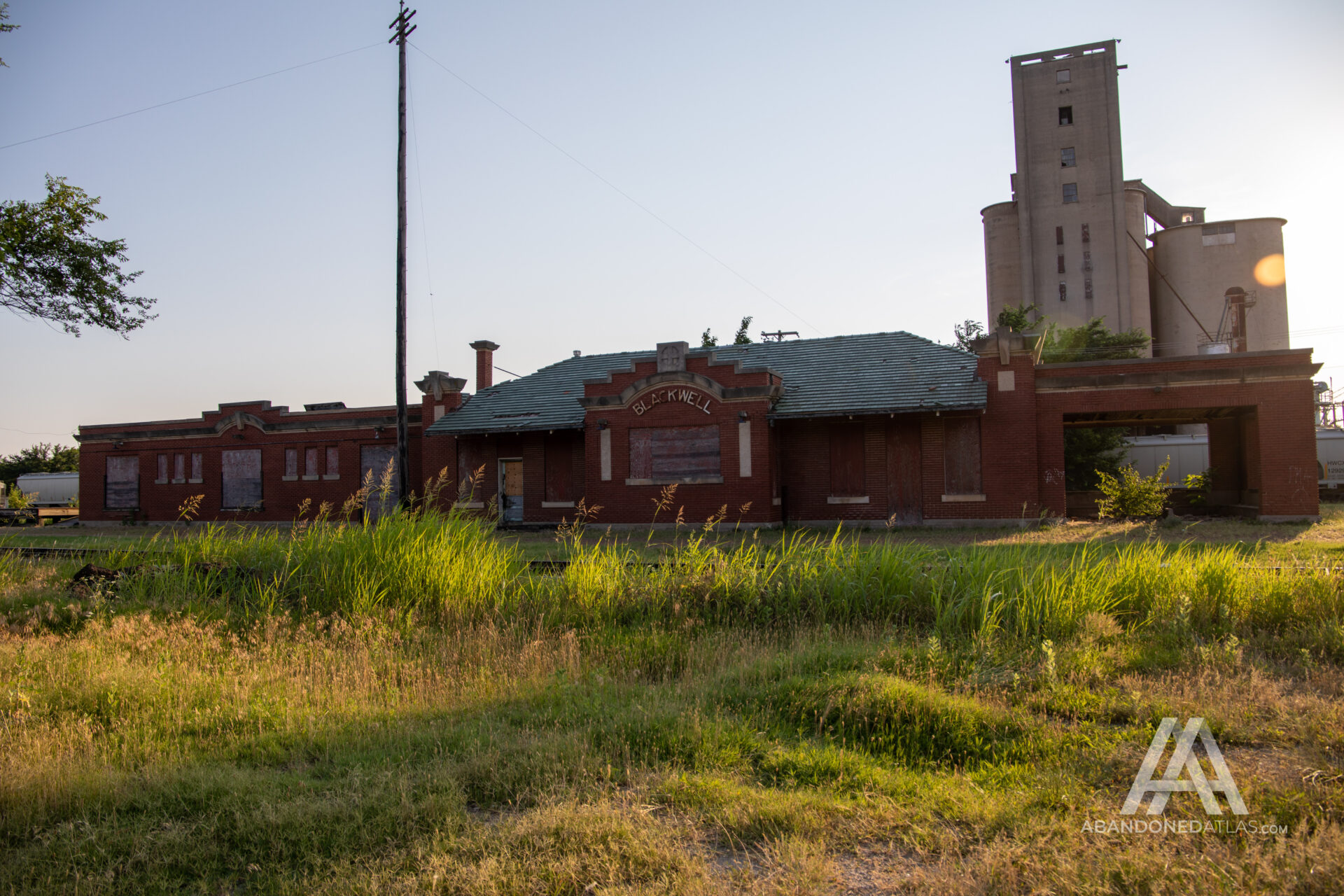 The Santa Fe Depot located in Blackwell Oklahoma is a perfect example of the brick depots that were constructed more elegantly for the county seat holders. While it isn’t anymore, Blackwell did use to hold the county seat for Kay County in the early 1900s. The construction of the Blackwell depot started in the summer of 1914 after the plans were accepted.

Opening on July 14, 1915, Tommy O’Hara’s Peavine train was the first to make use of the new station. It was one of the projects that kickstarted improvements all along the line. Working as a combination freight and passenger depot it was a hub for trains of people and products rolling through.

As many other depots did Blackwell is no exception to some intriguing newspaper stories. Some are included below:

The Blackwell Weekly Sun Aug 19, 1920 – Blackwell too a lapse back into the frontier times Tuesday evening when two of its populace engaged in a knockdown and drag-out at the Sante Fe Depot. This particular return of the days of ’49 was witnessed with much disgust by a number of ladies as well as men who were upon the depot platform at the time.

It would seem that an argument was started between A.B. Woodring and Frank Byler over some matter of but little consequence and before long they were mixing it to settle their difficulties. It developed in the police court that Mr. Woodring striking the first blow and then getting a good beating afterward for his action.

Evidently, in the eyes of the judge, there must have been sufficient evidence set out proclaiming that Mr. Woodring was the party guilty of disturbance as he drew a fine of $10 and costs while Frank Byler was released.

Most of the passenger depots in America closed in the 1970s as train travel steadily declined. While there are no plans for the neglected depot currently and it continues to sit vacant, there is some interesting action nearby. A defunct train has been placed in a park just near the depot that has become a sort of tourist attraction to those in town and passing through. The engine was presented to the city of Blackwell in 1954 by the Atchison Topeka and Santa Fe Railway Company. It was built by Baldwin Locomotive Works and delivered to the railway company in 1902. Before it was retired, it traveled 1.25 million miles during 50 years of service. Visitors can see what it used to be like to be the conductor of the massive train back in the day.

Gallery Below of Blackwell Depot

Hello Emily, I enjoyed your post very much, but I wondered if you happened across the remains of what were known as “section” houses. These houses served as the living quarters for section hand laborers and were built by the Santa Fe Railroad. My grandparents lived in Blackwell from 1922-1946. My grandfather worked for the railroad and his family lived in the “section” houses. I am documenting their history. I would appreciate any information about the location of these “section” houses. Per the 1940 US Census, there was no address, but they might have been between at South 13th Street… Read more »