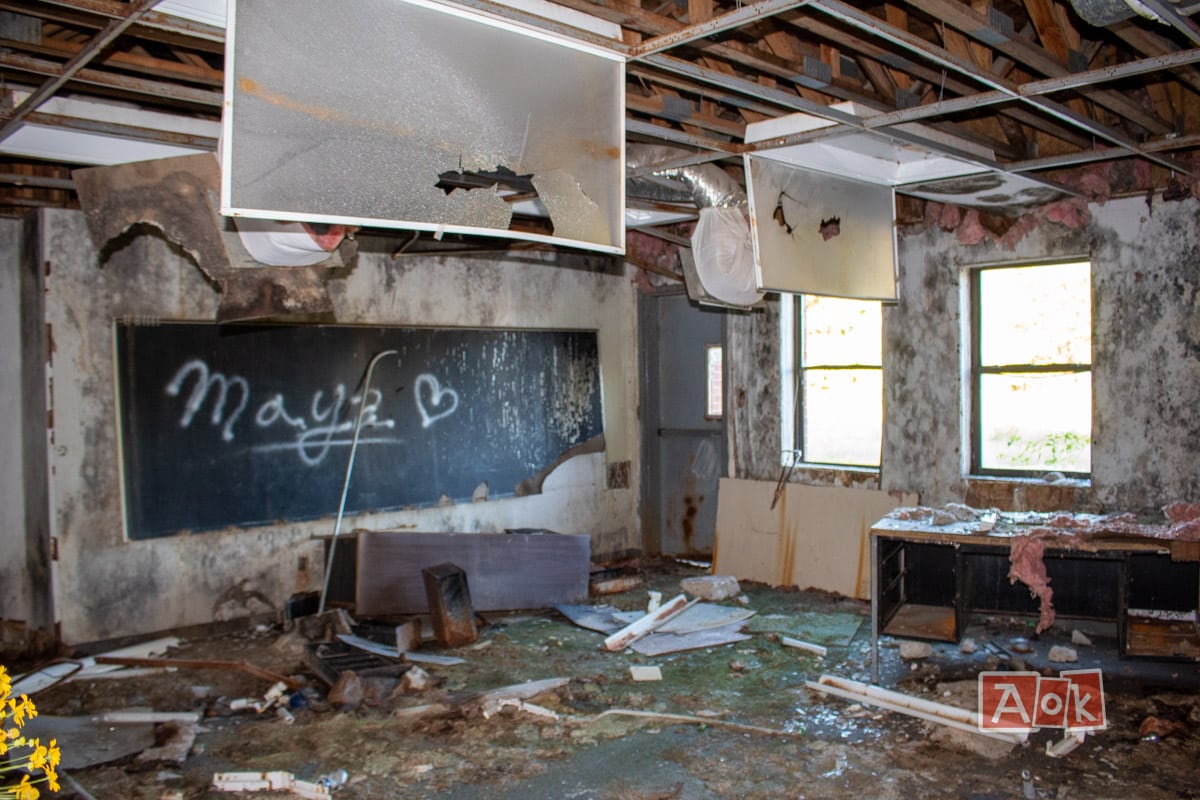 Around 1980 the Believer’s Fellowship congregation’s only meeting place was in Graham Banquet Hall in downtown Pryor. A facility just for them was needed and around 1982-83 building commenced on the church. The facility consisted of just an auditorium and a few bathrooms, this then became the Pryor Christian Center.

Bradford Christian School was founded by John and Brenda Alley in 1987 and it was open in August of that year. Pryor Christian Center held the school services within its church building hosting kindergarten through sixth grade. Attendance doubled in size the next year requiring an addition solely for the school children. Unfortunately, the City of Pryor revoked the building permits for Bradford Christian School and the north end of the educational building was never fully finished. A grade was added each year as the students progressed passed sixth grade until the four students, class of 1994, graduated.

“Every summer my folks and I would volunteer and paint that whole playground. Teeter totters, swings, slide, sandbox, swinging horse, and of course the giant gorilla. I hated doing it because it was so hot but it was kind of fun too. It’s a fond memory, kinda cool to know I was part of making it nice. My mom said it was her kids that used it a lot and she wanted them to have a nice place to play,” reminisced Cassia Backwater.

After fluctuating attendance and tensions within the church and school, in 2000 Bradford Christian School separated from the Pryor Christian Center and built a new facility elsewhere in Pryor. In 2003, the new facility was renamed William Bradford Christian School but the four values in which the school was founded on remained; strengthen family, promote patriotism, glorify God, and achieve the highest standard of academics.

The Pryor Christian Center (PCC) remained at the location for another thirteen years. With declining attendance Pastor John Alley had to make the tough decision to close the church. “I had hoped that it might reopen eventually,” said Josh Marihugh. Josh had attended Bradford Chrisitan School from 1989 until he graduated in 1996. He remained an active member of PCC after departing from the school even making a home out of the building for some time. “After we lost our apartment several years back, John and Brenda graciously let us live in the church building for several years while we got our own place to live ready. Because of this, we would up with several classrooms full of stuff that remained in storage there, even after we moved out in 2011.”

Vacant since 2013 the buildings have suffered major deterioration making the integrity of the buildings extremely unstable. John Alley sold the pair of buildings a year after closing in 2014 putting to rest the hope that PCC would make a return at the location. A large sign out front once read “Jesus is Lord” but has since faded entirely. In July 2019 a fire broke out destroying much of the red brick “school” portion of the building. It is suspected arson due to the never-ending amount of vandals and amateur “artists” that have established the building as their party place.

Devastatingly enough the building was finally razed to the ground in January of 2021 leaving nothing but a concrete foundation. After many years of illegal activity, frequent squatters its fate was finally sealed.

Gallery Below of Bradford Christian School

I grew up in that church and building, helped move the old school out to the new school my 7th grade year. That building was so nostalgic to my childhood and these pictures are so sad to me

Wow amazing! Great information and pictures. Thank you so much for sharing

Didn’t that used to have a purple gorilla out front

I went to school there from K-6th and then again in sophomore and junior year.

Great pics. I live nearby and always felt the property owners were done wrong by the city of Pryor.

I always wondered what it looked like inside since we drove by it daily. It’s sad to see.

Both of my children attended. My oldest left in 7th grade to finish out in public and my youngest graduated there in 2008. I was privileged to have served in many ways and capacities. My life was enriched by those experiences and the relationships formed with students, teachers and parents

I am pretty sure the building was in a flood zone and should never have been built there to begin with. The fact someone was living there up until 2013 explains a great deal. I always remember seeing lights and movement in the abandoned building as I drove by..