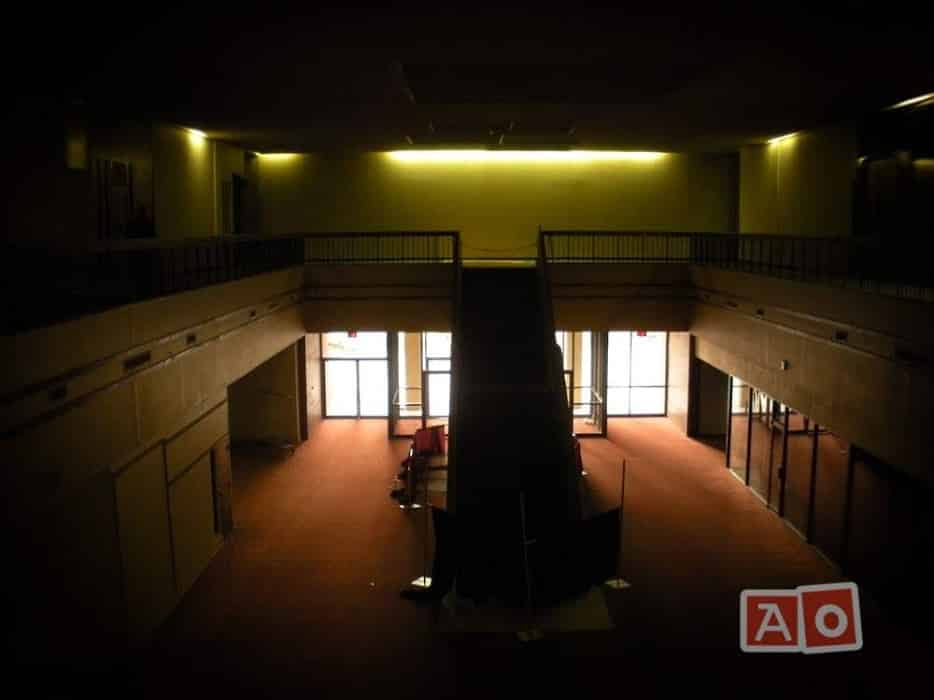 The Criterion Theater and Baum Building were architectural jewels in Oklahoma City by anyone’s standards — landmarks that were razed in the heyday of Urban Renewal. In their place stands Century Center Mall, a mostly empty one-time attempt at a downtown shopping center that isn’t highly rated by any local architect.

Thirty years ago, a shopping mall was considered the Holy Grail for downtown development. The 89,000-square-foot Century Center Mall, built along with the Sheraton Hotel in 1977 at Broadway and Sheridan, was the only one to be built. A much bigger mall, an envisioned 600,000-square-foot Galleria, was talked about for years and was to be built a block west of the Century Center. Four square blocks of old retail properties — including the John A. Brown’s flagship department store — were bulldozed to make way for what civic leaders pledged would be a shinning new monument to downtown shopping of the future.

That vision never came true, though the Galleria name remains attached to the massive parking lot built in its place. Is the Century Center Mall a hint at what might have happened if the Galleria had become a reality? Walk into the mall today, and you will likely be alone. Even during its oil boom heyday, the place never quite had an identity. At one time, it was home to a fitness center, several restaurants, florist, eyeglass store and even an FAO Schwarz toy store.

To read more and see a collection of old advertisements, head over to our friend Steve Lackmeyers site, OKChistory.org
Gallery Below

Even if you are shopping on a less well-known website, you just need to be a little extra careful when you make a online payment with your credit card. Most websites would use a secured shopping cart & payment processing.

I worked security there and in the Sheraton during the late 70's. With a club in both the mall and in the hotel, things got kinda wild there but concert nights and the World's Finals Rodeo were insane. Before Bricktown, downtown OKC was slowly dying. It's nice to see it coming back.

This brings back memories! My mom worked at the Sheraton Century Center 70's 80's. I remember going in those tunnels to eat, awesome history

We were in DECA in 1979 and the Myriad was our most used convention center and meeting place. I only lived 15 miles away but our teacher insisted we go ahead and get a hotel room for every two students. Our hotel of choice at the time was the Sheraton. We ventured all over downtown OKC when not in sessions and we went into this mall thinking it was the greatest thing ever. Well that along with the Tunnel was great. You could get great food down in the Tunnel at the time as it was bustling with retail and… Read more »

I used to walk the top floor in the first few pics when I was pregnant and working downtown. So weird to see the shape it's in now.

I read some where that the owners of the mall were planning to do major renovations. Do you have any idea when that might start /end?

All access to the old mall is now closed off. This is going to be the beautiful new headquarters for The Daily Oklahoman. Their former property on Broadway and Britton will become a headquarters for some insurance company. The exterior will feature glass wall and it will shine like it never did before. Nothing though makes me think that the loss of the State Theatre and Baum building were worth building this in the first place.

Wow, this used to be on my lunchtime walking route in the mid 90's. You would see a lot of business people in their sneakers walking at lunchtime downtown. I could tell it was on it's way out in 1996. Same carpet still there. Thanks for the photos.

Thanks for your site. Wonderful. I remember going to movies in the old Criterion Theatre, and doing a research project on downtown theatres in OKC.

Goodness. I remember that building. My mom used to work in an office for a non-mall related business in that building. I was not sure until I saw the picture with the pink carpeting and the escalator. They had some of the neatest little shops in there back in the mid80's.