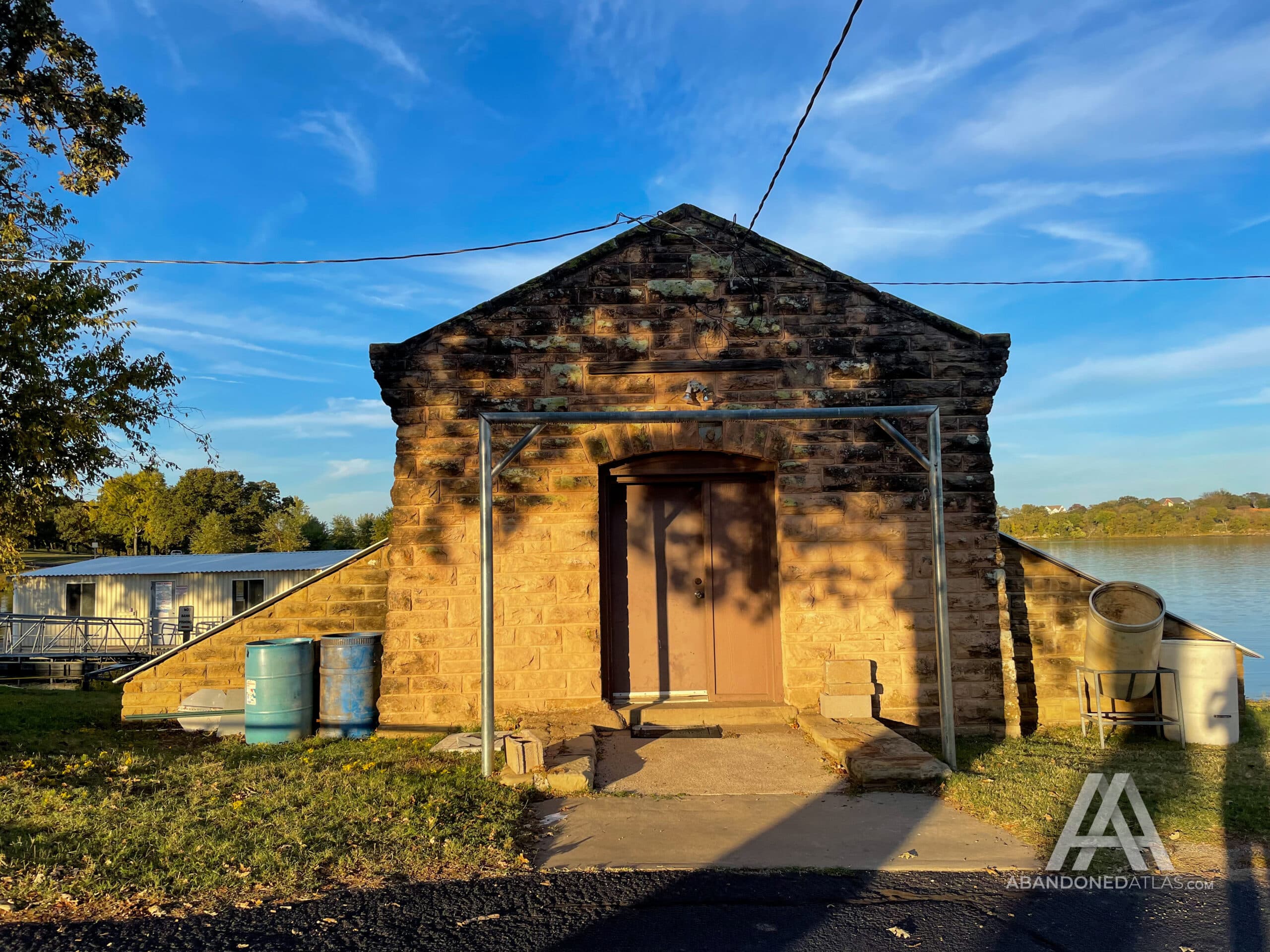 Written by Emily Cowan
Share this Location
FacebookTwitterRedditPinterestEmail
In April 1938 it was requested by Bert Sprangel, the light and water superintendent of Claremore Lake to have a boathouse built. Plans for an $8,000 rock building were sent to Washington for approval from President Roosevelt and passed. Only $5, 969 would be provided by the WPA while the other $2,175 in materials would be provided by the city of Claremore. Construction on the Claremore Boathouse didn’t start until March 1939 under the supervision of A.G. Poppino, superintendent of construction. Built of sturdy and thick native stones with a steel roof it remains almost identical to when it was brand new.
Little history was given in local newspapers about the boathouse but a few times it came under trouble by local criminals. In 1957 two incidents occurred, one in May stating that Claremore Lake workers found that the front of the boathouse had been striped with cream-colored paint during the night and two cases of soda were taken. Another incident a few months later in August a break-in was discovered but nothing was reported missing.
What makes this building even more interesting is the story untold. Alleged the boathouse was used as a jail, when and why haven’t been answered. While no records of this could be found on our end, John Dudley and Chester Baldwin both retired local policemen, said they knew the cell was at the lake. They both concluded the “cell” in the boathouse was never used during their careers and hadn’t heard of it being used by officers before them. Former Claremore Mayor and Police Chief Mickey Perry said the same thing. According to hear-say the “cell” in the boathouse was rarely used and policemen would only transport “troublesome” prisoners there if they had been causing disruptions upon arrest or while in custody.