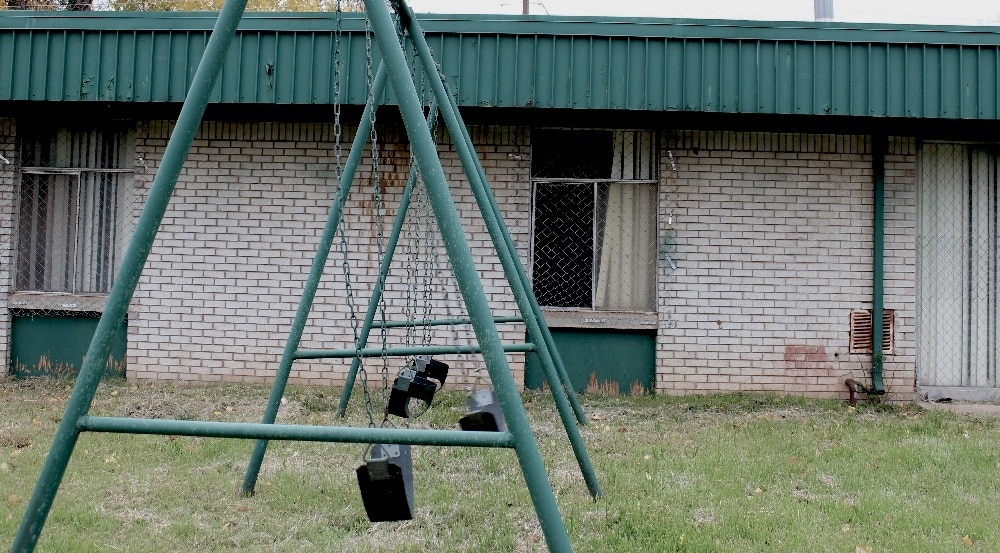 Many in Yukon, Oklahoma passed around several rumors as to the actual identity of the place.  Some said it’s an insane asylum; some said it was a church.  Many thrill seekers claimed to know exactly what it was, but then again, they only went at night and assumed the worst.  In reality, after digging through old files and asking the next-door neighbors, I found out it was Cottonwood Manor, a nursing home for people with mentally challenged and physical disabilities for Yukon’s community. Once the health officials came in to “check” on how things were going, they found no one had been tested for tuberculosis among many other health problems. It was also a home for mentally disabled children at one time.

In 2001, the facility faced heated press about 2 patients that were abused and problems were found with “internal patient security and failures to provide nutritional support for residents with severe weight loss.” as stated by Jim Killackey (Staff writer for the Daily Oklahoman.) As a result of this abuse, Cottonwood was threatened with closure.

“We’ll fight this – absolutely.” Administrator Barbara Baker stated. “Our history has been that if there’s a problem, we are going to fix it. Every nursing home in Oklahoma has had deficiencies. We are following the letter of the law in trying to correct things.”  “One resident kicked another client in the leg and threw a cup of spit at another” according to the Health Department during inspection.

For years after, the nursing home had been at a loss of more than $20,000/month along with $250,000/month in government financial support. As a result the announcement of it’s official closing soon followed as stated in The Oklahoman on February 28th, 2004. 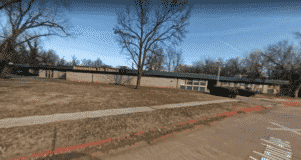 Shortly after, every patient was moved to various other nursing homes, and Cottonwood was left alone with no hope. A couple of years later, a minister bought the property in hopes of renovating it for use as a church.  He even posted a “Resurrection Life Church” sign on the outside of the abandoned building.  Of course, nothing happened, and many people saw the “Church idea” as a scam more than anything else.

The building now sits in the middle of Yukon vandalized and covered in unwanted graffiti.  Even though most today want to have a thrilling experience there every year, the true history will hopefully not be forgotten.

Update 2015: Cottonwood Manor has been demolished by the city.

Gallery Below of Cottonwood Manor

I worked at Cottonwood Manor from 1998-2000. I enjoyed myself during the time I was there & I have some great memories of that place as well as a few of the residents. I was sad when I heard that the place was closed down and the residents were moved to new homes.Some of those people had lived there alot of their life and wondered what happened to them. There was a couple of people that I got close to while I was there. Also the pictures of the building look terrible

Cottonwood manor was first a nursing home for the elderly. I believe under a different name in the 50s. It was later a home for the developmentally disabled. I worked there for several years and know many others who also worked there. None of us have ever witnessed any supernatural activity and we all spent many dark stormy nights there.

My brother-in-law purchased this place several years ago and had it demolished. I took a video walkthrough. It’s on my youtube channel Fried Okla

I worked there in the kitchen. It was an intensive care unit for the mentally handicapped. Hurricane Katrina did not hit it. It’s in the middle of Oklahoma. Most of the patients were moved to other facilities due to to many people. It was only made for about 75 clients but there were nearly 200 there.

I worked here in the kitchen I was a dietary cook I prepared their meals it was a home for mentally challenged people and some of the residence use to go to a work shop I remember one of them use to come in every morning and help me gather their lunch bags I had prepared for them to take . I also remember some very sweet residence i am sad to hear how things ended . I loved working there . My mother , father and grandmother all worked their . I will never forget the lessons I learned… Read more »

By the way we didnt run the facility during that Health department inspection for tuberculosis. But I'm sure everybody at the Health Department has been checked for tuberculosis. It was just a reason to close it down in my opinion. but we were not there.

In continuence These are Gods Children and if there are entities there they didnt want to leave there home where the staff made them happy. But I doubt it because "God is taking care of the people better than anyone on earth could".

My Family owend the facility from 1974 till the late 90's. From our knowledge it was built in 1964. My father first purchased it in 1974 and was family owned and run til the 90". Its nice to hear some of the comments from former staff about the way we tried to enrich the peoples lifes. They are the ones that desirve the credit not the Propps Family cause your only as good as your staff. In the late 80's the state wanted to start MAINSTREAMING the residents that called this place home and move them into smaller housing with… Read more »

The street it's on is Walnut Ave, you turn off Holly Ave to get to it.

I worked at Cottonwood from 92 until 99. I have many great memories of the place. I met my husband of 16 yrs there. It was my time at cottonwood that turned me into an advocate for the disabled community. I spent many nights there and never saw or heard anything. This place is far from haunted. I was kind of amused to hear it has became an urban legend in Yukon. It was a great place when the Propps family owned it, but went down very quickly after it was sold in the late 90s. I was glad to… Read more »

Do you still remember the address?

I know where it is if your trying to find it. I went there last night

My great aunt who was deaf and developmentally handicap, stayed there. She only stayed a short time. Soon after she moved in, she was able to get out during a snow storm. The found her face down frozen to death in the snow in someone’s yard.

I worked there right after getting my degree in special education. It was despicable the way they treated the residents. My husbands uncle lived there( wasn’t married at the time) and he was physically raped continuous basis by his roommate and NOTHING was done.

I remember when I visit the compound back in winter of 2004 how sad people decided to destroy for the pleasure. One of the rooms I seen had bad feeling it had lot of Christ pictures.

My grandmother was a laundry attendant there for 20 plus years. We used to trick or treat there every year as kids. My grandma loved all the residents and they loved her too. I remember her favorite was a sweet man med Butch. RIP Grandma Maudie

That place was the 1st job i had back in the day…the residents were great…its not haunted!

It had been closed for almost 4 years by the time Katrina hit, people from Louisiana came to Oklahoma as refugees and they were going to use the facility, I volunteered to clean the building up before the families moved in.
Then the neighborhood started a petition to stop the families from staying there…just like they got the place closed down.

It was a home for grown adults with mental ailments such as downs syndrome. Never for the “criminally insane” it was shut down after a community vote and lack of funding. Then after hurricane Katrina it was cleaned up for displaced families but the neighbors started a boycott for that also, fearing that the type of people staying there would rob/ be bad for the neighborhood. It’s tucked away near Kimball Park on Holly Ave.

I worked at cottonwood for a short time in 1993-1994. That is where I got my CNA however never got a certificate. Definitely not a haunted place just people with disabilities.