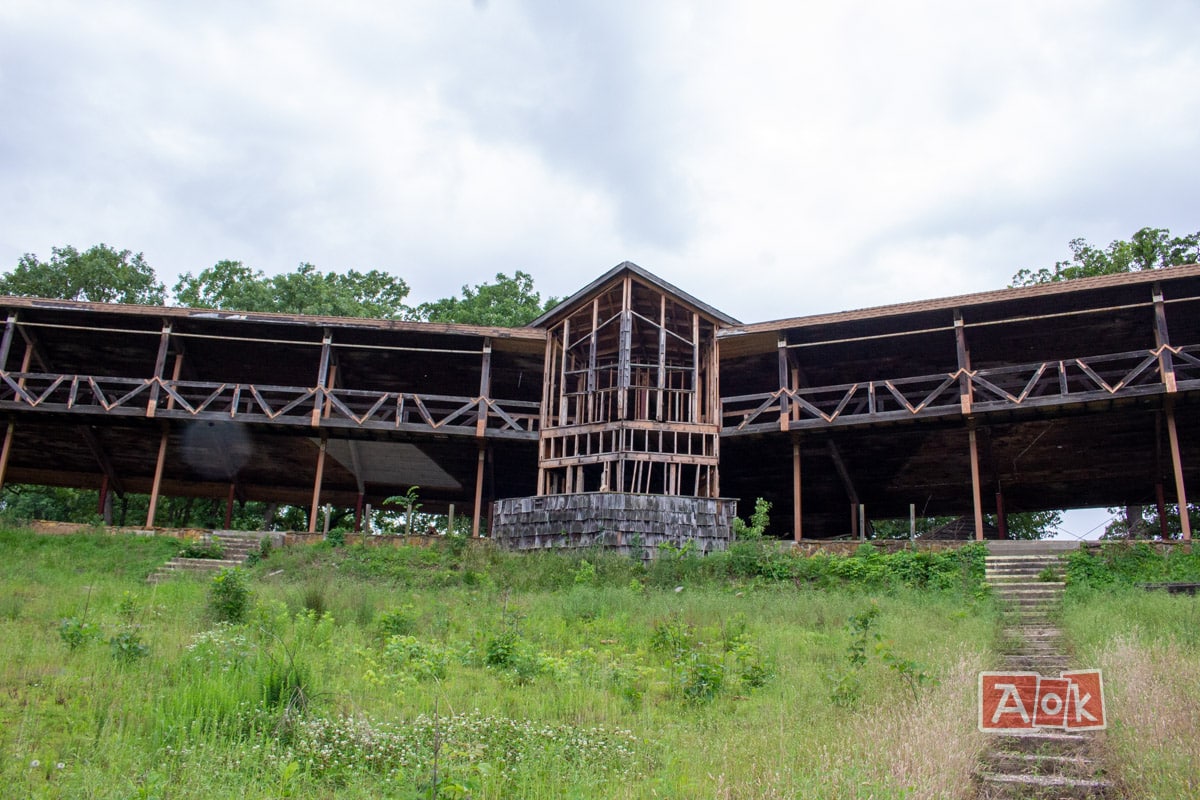 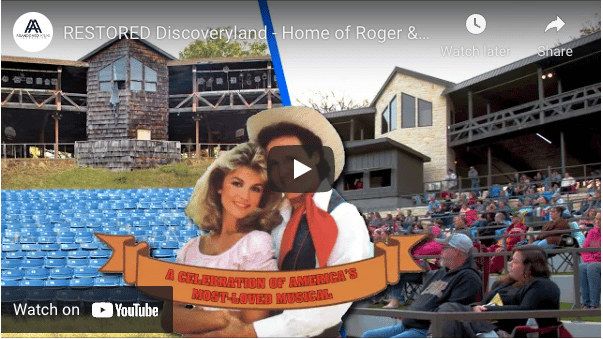 Since 1976,  the Discoveryland amphitheater has brought family fun and musicals to Sand Springs and the surrounding area. Most popularly known for its showing of the Rodgers and Hammerstein musical “Oklahoma!”. Construction was underway in the area of “Coyote Trails” with architect Frank Wallace, contractors F&D Construction Co., and developer World Changer Inc. After completion, it would feature seating for 2,000, parking for 800, and a “trading post” where one could buy tickets, knick-knacks, concession stand, and camping area.

The debut musical was Dust on Her Petticoats with a cast of around 80 and a crew of 45. In addition, it was the first production in the area to feature womanhood while having a woman director. More popularly known, was its production of Oklahoma! The success was what put Discoverland on the map, so much so that they were awarded the 1979 Governor’s Tourism Award. It was because of the success that in June of 1980, the musical found its way back home from Broadway to Discoveryland. It was proclaimed home of the “Oklahoma!” production. “Naturally, we’re delighted and honored that Rodgers and Hammerstein have paid Discoveryland the tribute. But equally important to us is the fact the show will now be presented in its “home” state on an ongoing basis,” Bill Jeffers, General Manager of Discoverland said. The seasons lasted 13-weeks from June-August, for dinner and a show it would run you about $10 per adult making it the ideal spot for a whole summer full of family entertainment.

In 1987, Discoveryland hit some bumps in the road when the IRS seized the property threatening to sell it at auction unless the owners paid the more than $173,000 they owed in back taxes. World Changers Inc., the owners of the property, paid the amount shortly after causing the auction date set for the amphitheater to be canceled. They also owned the state more than $130,000 and over $30,000 in penalties and interest from a suit filed in February for withholding tax. Shortly after all the money troubles began, in 1992, the owners filed for Chapter 11 bankruptcy to protect creditors from closing the production.

DiscoveryLand came to an end in the summer of 2011 unknowingly. Owners at the time said record heat and money were to blame. It would stay closed for two more summers after that before announcing official closure in 2014. The amphitheater held the production of Oklahoma! there every summer for 34 years, making memories for hundreds of thousands of people. In 2018, a $20 million dollar membership-only “Discoveryland Range and Resort” were attempted at the Discoveryland grounds quickly becoming a failed endeavor. Some thought that maybe the property would never come back and would forever be just a memory.

But then Jason & Kayla Shipman came along as a saving grace. Purchasing the property in 2019 for $1.7 million dollars in hopes of making the 525 acres their dream property. With a vision for a new multi-use event center and a significant remodel of the Amphitheater and Picnic Pavilion, construction on the property started in late 2020. Some of the older buildings such as the gift shop, BBQ pit and costume house were too far gone to salvage. The Event Center sits where the “Indian Trading Post” once stood and is a beautiful testament to the hard work and dedication that has gone into making this a place for Oklahoma families to continue to enjoy once again. The Picnic Pavillion still stands and is in the process of having a pond with a built-in water feature beside it to not only give a stunning view but create a perfect background for photos to capture these lifelong memories. The Amphitheater, the heart of Discoveryland, was stripped to the bare bones and looked quite dull for some time with its lack of glam. Now, it’s as if it was built brand new, the front face of what was previously the lighting and sound booth was given an update with light rock and new windows. The booth will now serve as an open bar for guests. Other updates made to the amphitheater were rock benches put in, new concrete staining, rails along the ends, new concrete terraces to allow for seating, a new stage, and a new long-lasting roof.

Gallery Below of Discoveryland

I was an usherette the first season it opened. I was 15. Enthralled by the behind the scene production. Loved it!

I helped build the place when I was a kid!

I wihs it had hung around long enough for me to take my kids! I loved going when I was a kid!

I regret not visiting the place before it closed. It is in my town and intended to visit when I moved here but never got around to it. My vet and her husband purchased it. I am happy that a very nice family have got it, it will be interesting to see what they will do with the place. I did hear it was going to be turned into a working ranch.

So sad to see it gone! Always loved going to Discoveryland

We went several times during my childhood. I absolutely LOVED it. Wish they could revive it again

I saw 7 Brides for 7 Brothers there

I took my son to see that there. He loved that play/movie.

When I was in 7th grade, my junior high school spring play was Oklahoma. I played the character Will Parker. That summer, my parents took me to Discoveryland to watch their production of Oklahoma. After the show, we were allowed to come on stage and meet the performers. I immediately found the actor that played Will Parker. I’m 53 now. That’s something I will remember forever.

My mom worked there for so many years. She loved it! She passed in 2012 and it’s like a part of this place passed with her.

That place was so cool and had some decent bbq sandwhiches. It was such a great place to take friends and family from out of town. So bummed it shut down.

Went several times as a kid. Big open BBQ dinner where you’d meet new people and kids could play while adults talked. Then the show kept all ages enthralled!

They put on alot of wonderful show. Lots of great talent.

Sooo sad that this closed! Loved seeing Oklahoma! and also Seven Brides for Seven Brothers there. What a gem lost.

This was a great venue for a night out. The dinner was fabulous! And the production never disappointed. Someone please reopen this gem in green country!!!

So many good memories. We went every year and lived around the corner on 209 W. Avenue. -former part of Tulsa Boys Home old ranch. Anyone remember that from early 70’s?

Anyone remember Camp Cute and Spooky? Such a fun time for Halloween on this property with my “city kids” A magical forest, campfire, smores, horses, and pumpkin painting! I also remember going to the plays every year! Please restore this for future generations!!

Worked at Discoveryland for a few summers. Some early mornings and sometimes into the wee hours of the night. Always great fun and always unexpected adventures. Robberies and overnight camping. Horse wrangling and wildlife management. Lots of BBQ and strawberries with ice cream. Not to mention coworkers and visitors. These things combined made for a lifetime of memories and unending stories.

Our daughter performed here for six years. We enjoyed every performance. It was a wonderful event with something for the whole family!
It was sad when it closed.