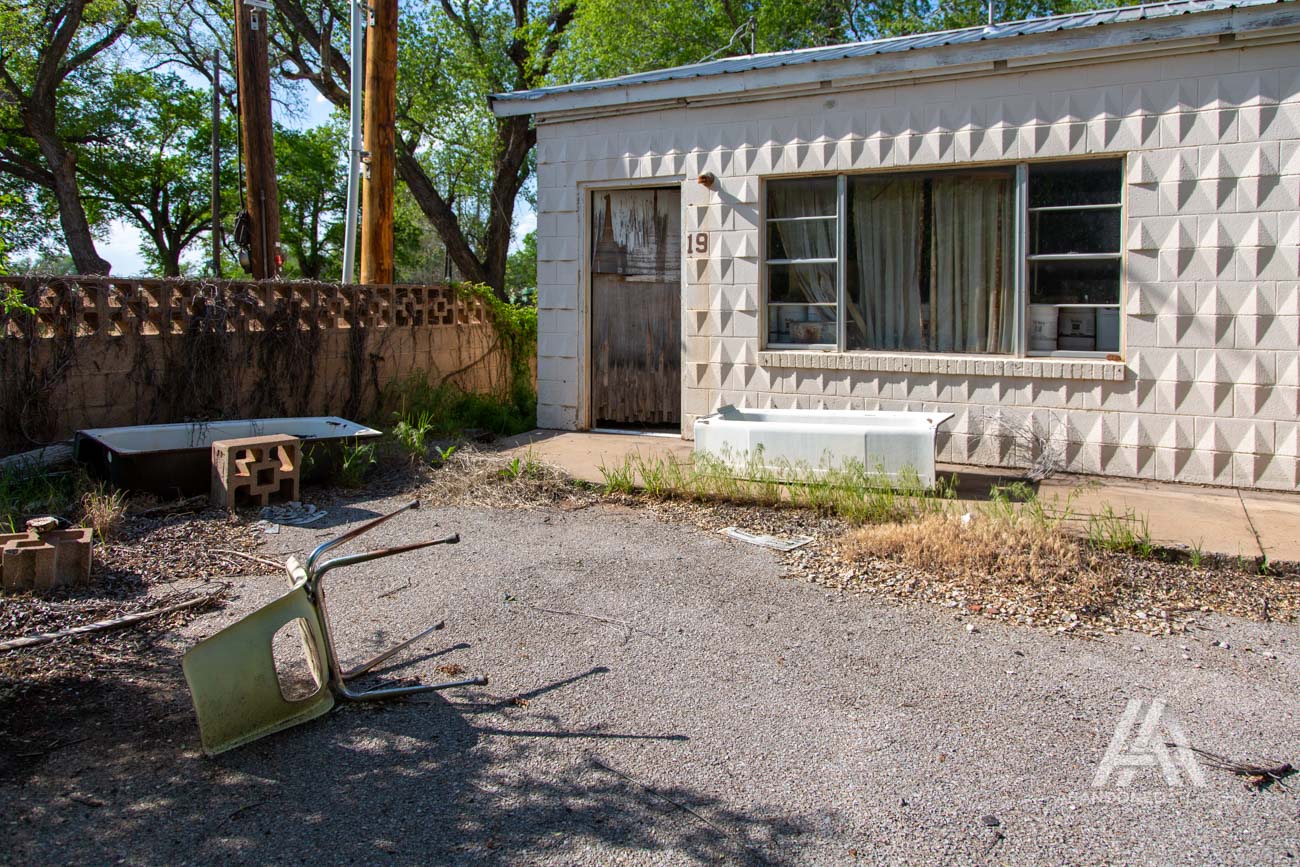 The motel started out as Rio Courts Motel in 1947, right off of Route 66 it brought in travelers from all over the United States. It was only two years later that it was sold at auction to the highest bidder and within ten years it was bought and completely remodeled. By the early 60s, the name had been changed to Rio Siesta Motel and was bigger and better than its former self. On Septemeber 26, 1963 a fire broke out in the brand new utility building damaging it extensively. Clinton Fire Department responded quickly with neighbor Herman Jantz helping subdue the blaze before it could spread to any of the other buildings. The American Insurance Company and Charles Oliver, a Clinton insurance agent, gave a check of $2,778.51 to Ottie Emmons who was the Manager of the establishment at the time. Repairs began shortly after to get the Mother Road Motel back into pristine condition.

Like a lot of small businesses along Route-66, they died out when I-40 became the new major roadway. In an effort to bring in more business and cope with changing times the motel developed a reputation of supplying call girls and adult videos to guests. Eventually, the cost to run outweighed the profit and it closed down in 1987.
Gwen & Leon Snider purchased the neglected motel three years after it’s closure. The unique and large neon sign states “Rio Siesta Motel NO YES” accompanied by a man laying against a cactus. The Sniders attempted to sell the sign locally but it never panned out, time ran out for the staple piece, not even a year later when a storm knocked the sign over.

The Oklahoma Route 66 Association, with determination from Carol Duncan rescued it from becoming junk in hopes of raising enough money to restore it. Don Mullenix stored it, but they were unable to come up with the money needed. It seemed that hope was lost again for the historic piece of the motel. As a saving grace, the newly formed Billboard Museum Association had storage space and had a plan for restoring the sign also. As a result, the Rio Siesta Motel sign was donated to the Billboard Museum Association in September 2014. As of right now the sign still sits in storage waiting for more funds to make the $19,000 restoration.

Gallery Below of the Rio Motel