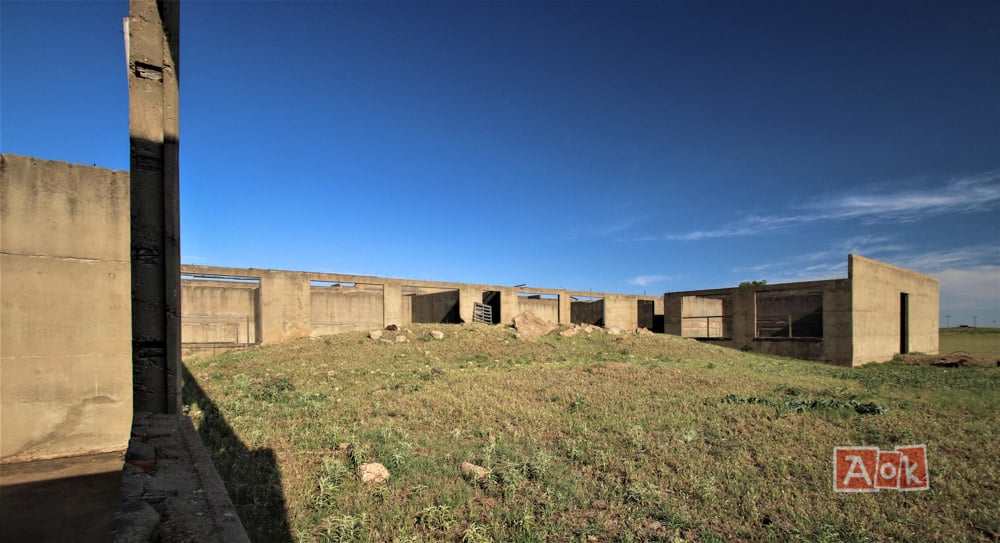 Excitement buzzed through the small town of Ron in October of 1939, word had just come that the Works Project Administration had approved the project for Ron School Consolidated No. 12. The consolidated school would include students from nearby Dryden, Mcknight, Metcalf and Teacross. In order to build the new school the old frame buildings that occupied the grounds were demolished and by January work had commenced. Made of concrete, the Ron School had fourteen rooms, thirteen dedicated to classrooms and offices while the last was a combination gymnasium and auditorium. Around $54,618 federal funds were allocated for the building and around forty men were hired to construct the structure.

During its first year open there were four-hundred-sixty-one students and the first graduating class consisted of forty students. Known as the Ron Cubs the country school had a range of sports that students could pick from including volleyball, basketball, softball and baseball. A tight-knit community the building was also often used for events such as domino parties, dinners, movie nights, and glee club.

Borderline status was given to the school, it had just barely escaped the ax of consolidation, but it wouldn’t be able to avoid it much longer. After struggling for nearly five years to keep the school operating, the last graduating class was in 1964 and then due to declining attendance and enrollment Ron School met its demise the same way it had been birthed. Superintendent Jimmy Jones had met the hard reality that they could go on no longer and it was consolidated with Hollis Public School and the building was left abandoned. Over the last sixty years, it has become an empty shell of the once-grand facility that it used to be.

Gallery Below of Ron School

Thank you for sharing, Emily! You are a real gem, and I wish you well in all of your endeavors.