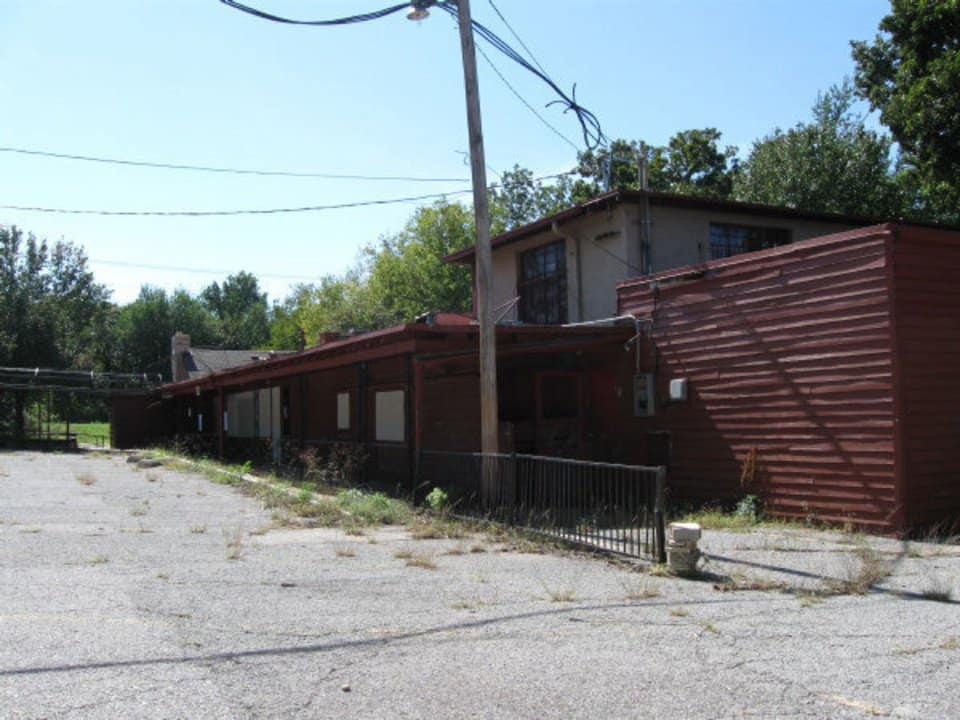 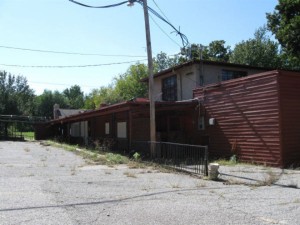 By Steve Lackmeyer
Sleepy Hollow’s origins go back to 1946, when the Hilltop Restaurant opened in Eula Erixon’s home. According to Oklahoman archives, Erixon was a bond attorney who worked in the state attorney general’s office.

Friends urged her to do pan-fried chicken and mashed potatoes with all the fixings out of her home on the hill next to where Sleepy Hollow is today. She started cooking for friends in 1948, and eventually the home-turned-restaurant was coined The Hilltop.

The restaurant moved to NE 48 and Lincoln Boulevard in 1948 when the home was destroyed in a fire. The next year Erixon moved to 1101 NE 50 and reopened for business as Sleepy Hollow. 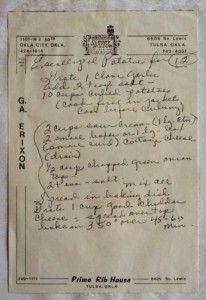 Over the next 20 years the restaurant gained a national following that led to Erixon and her son, G.A. Erixon, to also open Sleepy Hollow restaurants in Tulsa and at Fort Gibson Lake.

In 1980, both Erixons died and the operation was taken over by G.A. Erixon’s wife, Anna Mae, and their son, Jim. They sold off the restaurants in Tulsa and at Fort Gibson Lake but continued to operate the original Sleepy Hollow.

In 1993, the restaurant went into foreclosure and the Erixons’ company went bankrupt. The restaurant was bought by Steve Marks, who was pastry chef at Pepperoni Grill at Penn Square Mall, and Houston Muzio, former executive chef for Val Gene restaurants.

Muzio bought out his partner, but within a couple of years he too declared bankruptcy. In 1998, Houston was ordered to serve 16 months in prison and pay $120,000 in restitution for charges related to bankruptcy fraud. Then things apparently began to go into a tailspin, Jim Erixon said.

By the time Muzio was heading for prison, the restaurant had sold to Jim Smelser and Bruce Kliewer. 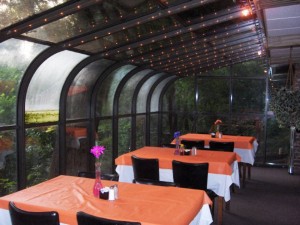 The restaurant once again earned good reviews, but the business suffered even more when a bartender was shot and almost died in a robbery in 2002.

Kliewer closed the restaurant in 2005. It was then bought later that year by a Los Angeles preacher, Otto McClinton and his daughter, Yolanda.

The restaurant didn’t reopen until 2007. Online reviews indicated the service was subpar, though the new owners were praised for following the original recipes.

Steve Coleman, who writes the food review blog www.okgourmet.com, had fond memories of when he frequented Sleepy Hollow and it was owned by the Erixons, but was concerned about its future when he last visited in August, 2008. He noticed the restaurant no longer operated a bar area in the glass-encased atrium room and the new owners had not obtained a liquor license to resume serving drinks.

“The building was in bad shape and it looked as if they had maybe four or five employees, including the cook,” Coleman said. “They really needed more customers to make the place work. The menu was a little different, but it still had the good chicken.”

A month after Coleman’s visit, McClinton died at age 78. Erixon met the preacher once and believed he had the best intentions for reviving the eatery. Erixon estimated McClinton spent $100,000 upgrading and expanding the kitchen.

Efforts by The Oklahoman to reach McClinton’s daughter were unsuccessful. Oklahoma County records show unpaid property taxes and fines by the city for high weeds and grass, and unsecured entryways dating back to 2008. The property is set to be auctioned on June 11, 2012.

I worked there when G.A. Passed away for two years. Rabbit cooked steaks and jim erickson was manager

I ate at the Sleepy Hollow numerous times while growing up in OKC and Edmond. It was one of my parents’ favorite restaurants. I believe the last time I ate there was in July of 1967 when we chose Sleepy Hollow as the place to celebrate my husband’s safe return from a year in Vietnam. The owner and staff went out of their way to show their appreciation for his military service. I will never forget it. I am sad to learn the restaurant no longer exists.

I’m only 44 years old I have unfortunately haven’t had the opportunity to ever eat at any of these restaurants but by stumbling on the article in abandoned okay after reading everything about this restaurant my curiosity made me look into more and a part of me remembers the way things used to be the way we used to live and it brought tears to my eyes to know how we are now and the hope that one day we could all be that way again.

My grandma Betty ward worked in the kitchen in Tulsa for many years: does anyone have any pictures?

I am thankful to this great information.!

My Mom worked there in the late 60's. It was very popular and the food was awesome. It was served family style and you would see big tables full of ppl enjoying home cooked meals.

i remember this place. the food was excellent! this was back in 1988-89