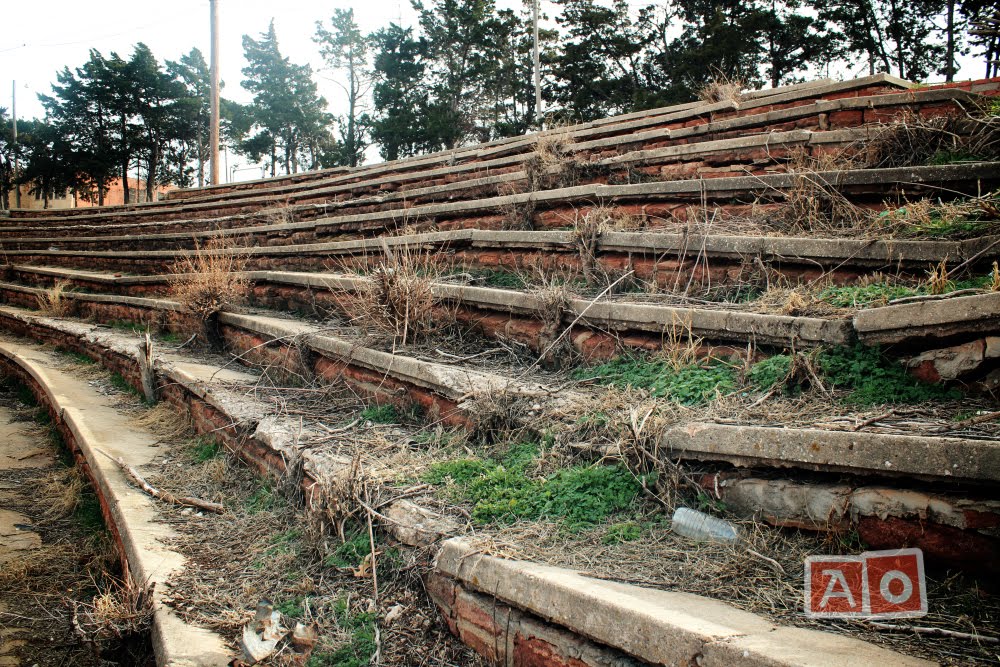 An Oklahoma City icon will soon look a whole lot different with a renovation project in the works for Taft Stadium. For nearly 80 years, the stadium has stood near May and NW 23rd Street. The structure’s facade that most everyone will recognize will stay the same. However, virtually everything on the on the other side the thick stone walls will be gutted, according to Oklahoma City Public Schools. “It’s lasted a long time, but it’s showing its age,” Taft Stadium friend Bob Hammack said.

The stadium was completed as part of a New Deal project in 1934. As Hammack says, if the stadium could speak, it would be amazing. Northwest, John Marshall, Harding, Capitol Hill and Southeast high schools have all played under Taft’s Friday night lights. But there’s been more than just football that could be seen from the steep concrete stands. “There’s not anybody who grew up within a five-mile radius of Taft Stadium at that time on a Friday night could not hear the roar of those engines,” Hammack said. “It was incredibly loud.”

As early as the 1940s, the stadium saw stock car races. Hammack has a three-generation connection to Taft. His dad played at the stadium in 1939. Hammack and his brothers played in the 60s and 70s. Now, his sons enjoy the stadium. And, for 52 years now, Hammack and his high school buddies still get together every Thanksgiving to play a game. “We want to have a showpiece for Oklahoma City, one that our community can rally around,” OKCPS athletic director Keith Sinor said.

Oklahoma City Public Schools says there will be a new turf, track, stands, concessions and locker rooms. It’s all a way to bring the stadium up to code and ADA standards while preserving its integrity. “I think, still, out of the field the heartbeat beats strong and the future looks good,” Hammack said. The renovations will be paid for by a bond issue. Construction is scheduled to start in May 2013 and should last about 10 months. The current stadium can hold 20,000 people. The new one will hold just 7,500 people.

From NEWSOK.com.
Gallery Below

1949 and 1950 We used to drive from Enid,Ok every week for midget races lots of memories from back then..
Bob McCarthy El Paso,tx

Taft stadium is not in good condition at the moment. It can't be used for any game. I am sure that administration will work hard to restore that stadium in original shape.

My dad played in the 1978 football state title game that was held here for Putnam City West. To hear him tell it, back in that era it was a fine stadium to play a football game in. Obviously a lot has changed in 37 years but still, I hope they can rebuild it as a high quality facility and preserve some of the architecture.

I hope they replace the parking lot and replace the dozens of crooked parking posts. I love Taft and am glad they are preserving the wall, it is such a beautiful school.

Right although before Langston's football field was built, Langston University had their homecoming game at Taft Stadium. Fun memories when they played Gambling state, which I think was actually the last game Langston played with Gambling State.

indeed the stories it could tell…………………….. it seems to me the trash and debris are more of a negligence issue than one of age just as the deterioration of stonework and mortar could have been delayed IF some kind of repair ,maintenance and upkeep would have been done like so many other locations whenever the powers that be get tired of or want something new, all they do is nothing, they put off required upkeep and just let the "old' structure get run down and use that as an excuse to tear it down and replace it, just like they… Read more »

If that stadium could speak indead. A lott of people don't realize that there used to be auto races at Taft Stadium well into the 60's. And the connection with Bud Carson and the late great State Fair Speedway.

My Dad and Uncle raced stock cars at Taft in the 50's and I remember the fun I had there. Taft was noisy, loud and always packed with people enjoying the races.

They should have demolish the entire structure and built a new stadium like what Douglas High School has. That is a first class high school stadium and something like that would give those schools, who play their home games at Taft, and the surrounding community, a sense of pride that has not been seen in years. Those schools and students deserve a quality stadium.