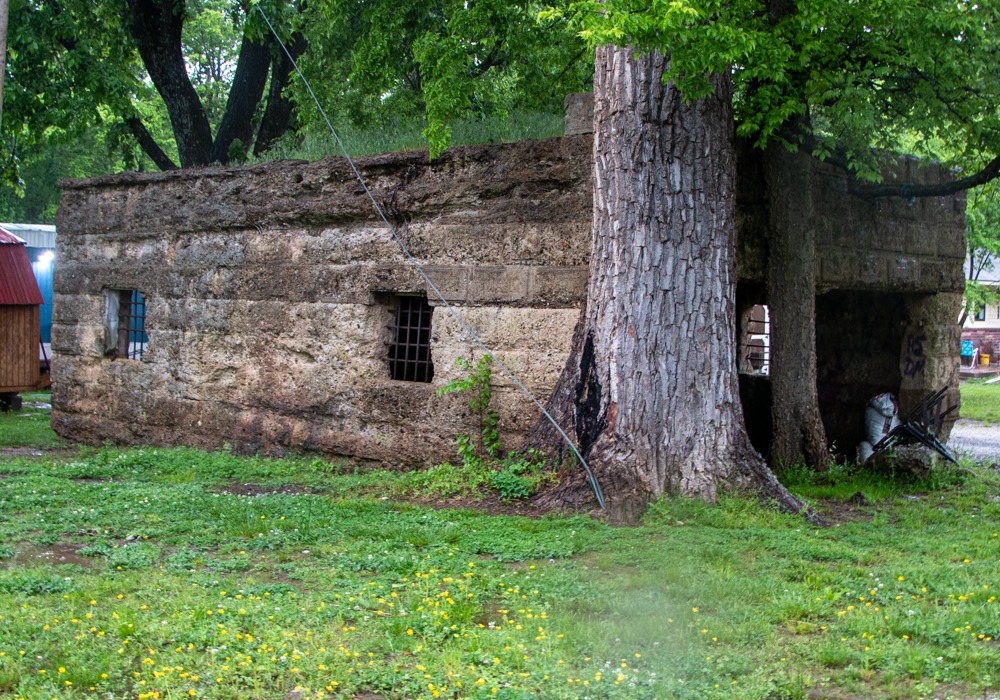 The first calaboose of Bennington Oklahoma was constructed sometime during or before 1904 according to government maps. This was the only jail located in town and sat off of Nail and Williams Street. Around 1913 a bigger jail was needed thus the construction of this jail happened just a few hundred feet away from the old one. The was on the same plot but next to Nail Street, which no longer runs through that side of town. This one much bigger than the last, it resembles that of the brick jail located in Boynton Oklahoma. The new Bennington jail would be constructed of large stone blocks, six windows with two on each of the three walls, and then a large opening at the front.

This jail is located on private property and as of 2021 has been rumored to be endangered. Allegedly the owners are looking to demolish the building from their property unless it can be moved by the city.

One newspaper article found involving the jail is included below:

Durant Daily Democrat Jul 11, 1938 – Homer Manning is charged with manslaughter in connection to the fatal shooting of Charley Green. He was released on $5000 bond here today when he was arraigned and pleaded not guilty in justice court of H.D. Sparger. The manslaughter charge was filed by County Attorney Ben Carter after Manning had made a signed statement at Bennington where he was held in the city jail earlier in the day and after statements were made by other persons. He surrendered to City Marshal Lon Shoemake. He was kept in the Bennington jail Saturday night where he made his statement Sunday morning.