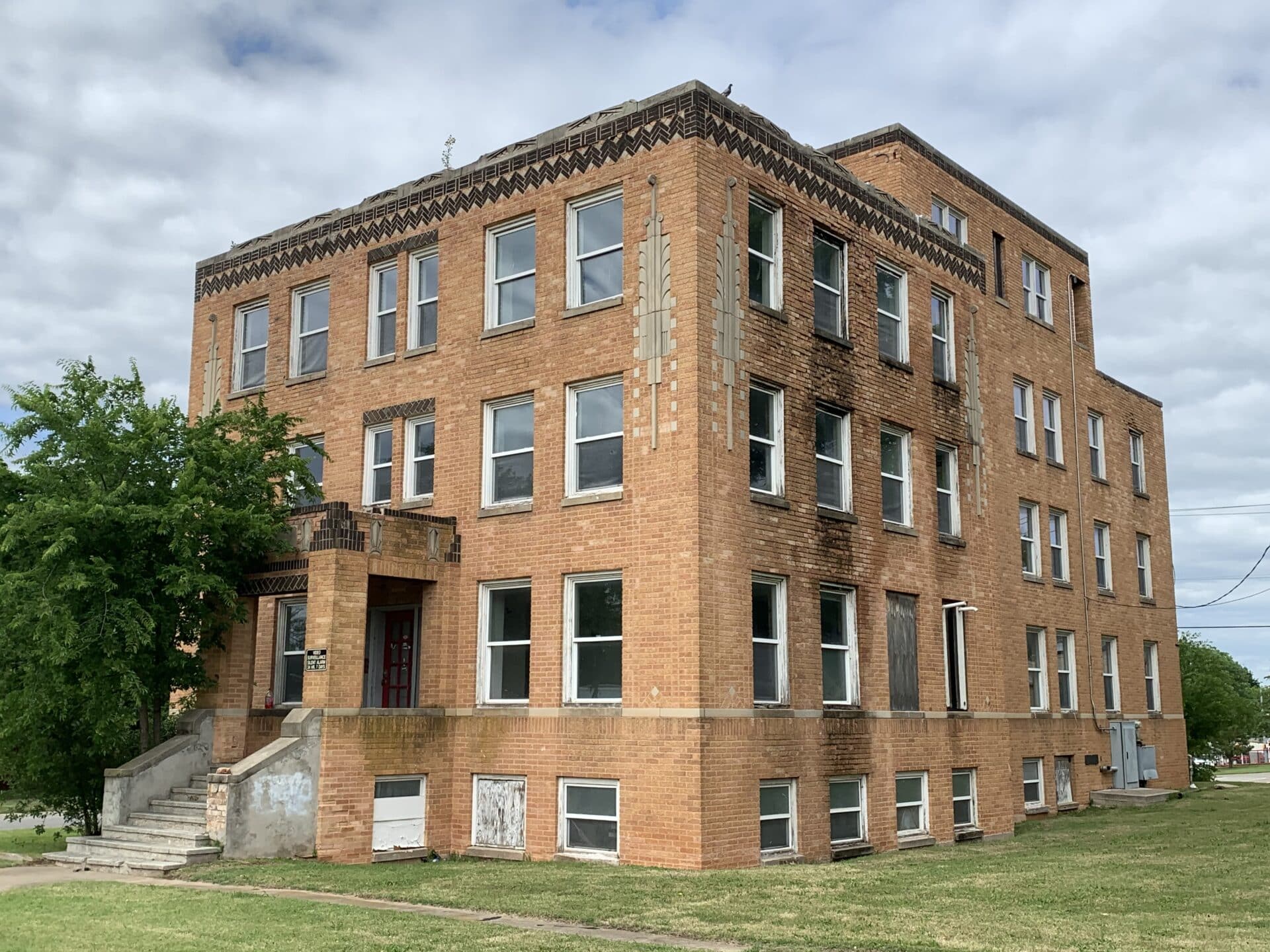 Oklahoma City’s population boomed throughout the 1920s and 1930s. This resulted in many suburbs of the city being created including what would be known as Capitol Hill. A hospital was of importance to the Capitol Hill area of town and under the direction of Dr. William H. Williamson. Five sets of plans were proposed for what would be called the Capitol City Hospital Clinic and construction would cost roughly $100,000. It was to be the largest hospital and dental clinic on the southside being four stories tall and including a basement.

The official open house was held on August 17, 1930, with a celebration and open house for the public to get a first-hand look at their new facility. With terrazzo floors and fireproof construction, and 3 operating rooms it was built with a capacity of 50 patients. Thirteen nurses were employed upon opening. It was built on enough property to allow for an expansion of 150 bed space when needed. The very first infant to be born in the hospital was born on August 10, 1930, George Cobb Jr. to parents Mr. & Mrs. George T. Cobb. Georges’s mother had watched the construction of the hospital week by week and decided that was where she wanted to give birth.

Just a year later the hospital/clinic was taken over by the Exchange Avenue Baptist Church. Rev. Hale V. Davis was Superintendent and President of the board of directors which had decided on renaming the building the Samaritan Hospital. Dr. Williamson would continue to be on the staff as a surgeon. Business Manager Roy Williams would continue in his position.

The hospital seemed as though it couldn’t hold an owner for more than just a few years being sold to the American-First Trust Co. around 1938. It underwent another sale in 1942 to John C. Campbell, a prominent businessman in the area, and some of his associates purchased the hospital for around $75,000. It would readopt the name Capitol Hill and add General Hospital to the end of it.

On July 1, 1953, Capitol Hill General Hospital became one of seven medical facilities in the OKC area to become an official member of Oklahoma’s Blue Cross network. The hospital would undergo another purchasing and reorganization in 1954 when 12 doctors would band together to purchase the building. They would comprise the board of directors with Dr. Alvin R. Jackson as the president. Harl N. Stokes was hired as the first administrator of the new era to oversee operations by the 33 doctors on staff. A major renovation would also take place in an attempt to keep the hospital modern and patients incoming. Dr. Alvin R. Jackson had become the majority shareowner of the hospital by this time and remained in a leadership position until around 1963. The comparatively small hospital struggled throughout the 1960s as others around it grew in size. CHGH had become understaffed and patient intake had significantly declined. The construction of South Community Hospital would be the final nail in the coffin for the hospital. Almost exactly a year after SCH opening, on November 15, 1966, Capitol Hill General Hospital closed its doors. Administrator Dave Mauldin noted the reason for the closure was that it had become economically unfeasible to operate.

Over the next few years the building had several different uses including a youth center, a training site for the OKCFD, and a haunted house. All while still being owned by the Capitol Hill General Hospital, Inc. In November 1977 it sold the property to E. L. Hicks of Harco Investments. Hicks had the intention of turning the building into office spaces. Having been abandoned for nearly a decade it was not in the best of shape. In 1985 Howard P. Lee Ltd. had proposed a $900,000 investment, but both attempts to restore failed. Harco Investments owned the property until 2005, when CTC Properties, LLC, acquired the warranty deed attempting another renovation effort. They were able to replace all the building’s original, 8/1 hung windows.

Currently the owner is Mason Realty Investors, LLC, who acquired the property in 2017. It is with his expertise and hopes that the building can finally have a successful revitalization.