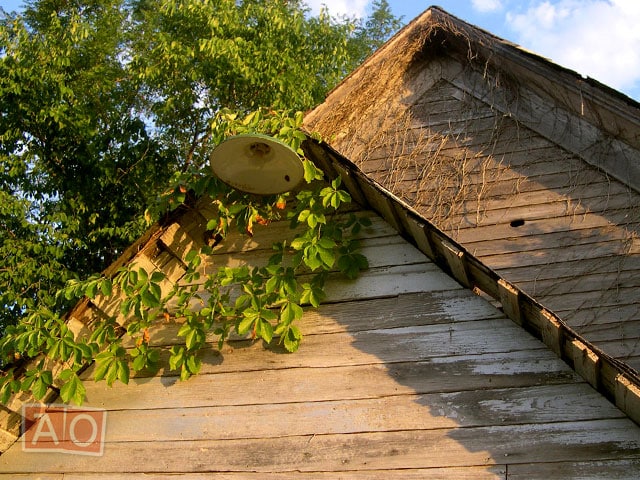 Meridian received its name from the Indian Meridian on which it is located. This line is used as the main street and also separates the town into two townships. The west half being in Bear Creek Township, and the east half in South Cimmarron Township.

In 1902 the townsite was laid out by the Meridian Right-of-Way and Townsite company, and very soon many homes were built and the town began to be populated.

In late 1902, the Missouri, Kansas and Texas Railroad was built through the town and soon after the Fort Smith and Western established a branch line through Meridian and on to Guthrie.

During a fire in 1908, much of the downtown was destroyed, and was later rebuilt in 1920 when a small boom hit the town and grocery stores, cafe’s, music parlors, Meridian Mills, garages, blacksmith shops, and department stores were built. Several doctors also opened up a few drugstores and the post office was rebuilt as well.

Meridian’s first school was located in an upper story of the drugstore, but was destroyed in the fire and in 1936, a large sandstone school was built by the Works Progress Administration for the white children, and later the L’Overture school was built for the black children. In 1970, both schools were closed and the school district annexed to Coyle.

Meridian’s new L’Ouverture school building for negro students will be dedicated Monday at 8:15 p. m. , and will be open for inspection both Monday and Tuesday, Mrs. Eva Redman, county superintendent, has announced.”

Really? Meridian, Oklahoma? This couldn't be the Meridian. I guess if it's right next to Sweetwater, Oklahoma I will have to take your word for it. This was where I came in to life. The first place I remember as a child. My dad was in the Army. It was 1943. This was a thriving little community back then. The little town was filled with my kinfolk. My grandparents had a farm there. I was related to everybody. I loved it there. The red dirt, the little store run by my mother's cousin. Where is the community center? It was… Read more »

I can only imagine that it would be difficult. We are out that way all of the time. There are quiet a few farms bd rnchea out that way, but not much remains of the "town"

I grew up in Meridian and graduated from L'Ouverture High School. At the time of my graduation, every home in Meridian was occupied, grocery stores (3), drugstore, service stations (2), hardware store, 1 bank, other small businesses, churches (4 Black and 1 White) were fully active. Though many of the people are now gone, people do live there and though a miniscule dot on the map, it is not abandonded, nor is it a ghost town, although there are some ghosts!

I spent a good portion of my childhood around this town. My grandparents were both postmasters in Meridian and so were part of this nice little community. Why no pics of the stone school? It is a beautiful example of WPA work. I remember community pot-luck suppers there. It is by far the neatest building in town. If anyone wants to know anything about this town, I know some and my family knows a lot.

Yeah I would like to know what happened? Why is it Abandoned?

I just went to the pot luck dinner tonight! It was alot of fun watching my daughters run around the old school like me and my brother used to do when we were that young. In that building, there were also the most amazing halloween parties, that my parents and I would help set up and fundraise for, it was such a big part of my childhood, yet I know nothing really about the town. We also used to have monthly country western dances in the gym, with a live band, I remember being really really young and going and… Read more »

omg I thought I was the only one who remembered the halloween partys at the church and playin on the propane tank.;.I love meridian and I've been here for my whole life!

My parents grew up there. I went back there for the funeral of my mom's sister in the late 80s not much was there then. We also had a family reunion there about 8 years ago at the LOverture School and we had church at the still active St. Paul Baptist Church in which one of my relatives on my father's side of the family is the current Pastor. It is sad to see the town disappearing. My father's family lived outside of town and still own property there. Visiting there was always an exciting time. Really appreciate the information… Read more »

My mother, Dorothy Hyde (Hall) and her sister Thelma Hyde (Flasch) were both born in Meridian. They moved to Guthrie in the early '20s so they could attend high school. They were both graduates of Guthrie High School. My grandfather, Clyde Stanley Hyde, established the first telephone line from Guthrie to Meridian to Coyle. He sold out to Bell and moved to Guthrie in the early '20s. My aunt Thelma established Gus' Package Store on west Noble street in Guthrie right after the state went "wet". She sold the store in the '80s (I think). The store is now located… Read more »

My, Mom is one of the few Meridian School Graduates left around, someone should do interviews with some of our elders before its to late?

These are beautiful pictures and I cannot wait to drive through this little town. I wish times were as easy and straightforward as when this town was alive. Everyone loves everyone and especially knows each other. But if I may ask, what are some of the white floating orbs in some of your pictures!?

We just drove through and felt the same way. It makes me sad for the town and the people. Has a charm to it.

We drove through yesterday looking at some land for sale. That is the most rundown town I have seen in a long time! It felt like a ghost town, like everyone still there had just lost hope. We had to know what had happened to it! Not sure I'd want to build a house and raise my kids there though.

who would you contact about using some of the abandoned houses as a backdrop for photos? i don't want to disturb or bother anyone local and i'm not sure who to call to get permission on the old buildings.

went there agin a few weeks ago and most of the cool old trucks were gone some fool prob scrapped them some were very rare a 1958 chevy viking 1 ton very few were made in a 141 wheelbase super cool there was over 15 old trucks around various places in town now there are only about 3 …..the fool who scrapped those trucks for $200 (if your are lucky) missed out caise i would have paid about $1,200 for the 1958 chevy like these old towns need tobe rembered so do the old trucks in them!

I live in Meridian now and love the peace and quiet. My neighbors are lovely people!

Do you have trash service?

Holly… would you be interested in showing a group of us around so we can take some pictures. I don't want to disturb the locals, but I don't want any trouble either. There may be a large group of us on an adventure around Logan county taking pictures of abandoned structures, cemeteries, bridges and such. Would be neat if we at least had someone to get us into places with no trouble. Please email me if you would like to help. Thank you ma'am.

My in-laws lived in Meridian, and my husbands aunty, was the head mistress at the black school. Many a good holiday spend there and still remember the excellent barbecue you could get in Guthrie.

I shimmied up the tree and into the window of the house in the last few pictures this past weekend. It was definitely the neatest abandoned house i've been in because there were so many things still left lying around. I looked in the box on the dresser and there was tons of old jewelry and buttons and even some letters from 1966 written to a young girl named Jackie Bishop and I found her picture in an old yearbook in the house. I just thought you might be interested in knowing what i found inside.

Loved the pictures. I grew up in Guthrie and would often travel the back roads with my mother on our way somewhere. My grandparents lived in Coyle and we would often go on the dirt roads just to see old buildings. One day I did notice 2 Oklahoma Furniture trucks in the trees. I ask a old man (the only one I saw in the town) who owned the trucks and he said that he did. I paid him $10 to take one of the doors or air horn off so I would have a reminder of the truck that… Read more »

me and my dad wenht there and we did our investegaten wich I think the image on page 96 there is a image of a calender with a year on it wich was 1926. I think thatwas when most of the town was abandon are greatest find was a 1950 7 up soda bottle under a stiar case

Wow I live in Coyle which is a few miles east of Meridian but I've never explored there. I love old buildings and homes and have found some really neat ones around here. I will have to explore Meridian now. How do you find these places? Do you get permission to go inside? If so, how do you know who to contact? There's an awesome old farmhouse out here that I've gotten permission to explore but I'm waiting until fall when some of the vegetation and ticks die off!

I think they should do downtown Coyle as well. Alot of old abandon buildings and houses here.
Oh and the outskirts of Langston

hahahah Sara you're hilarious. Love ya!! Sure wish we would have known about this website back in the day!