In 1922, the African-American community in Okmulgee raised $25,000 in donations from community citizens, clubs, and organizations to construct the first “colored hospital” that was opened in the country. The Okmulgee Black Hospital is a two-story, 18-room brick facility that served the needs of more than 3000 of Okmulgee’s African-American population from it’s construction in 1922 to it’s closing in 1956. After it’s run as the nation’s first African-American hospital the building has served as a nursing facility for African-Americans, the Okmulgee County Youth Shelter, the local chapter of the American Red Cross, and the Deep Fork Community Action Center. The Okmulgee Black Hospital was listed on the National Register of Historic Places in 1984. (NRHP number #84003387) In 1993, the building was condemned and permanently closed by the City of Okmulgee. In 1998, The Okmulgee County Multi-Cultural Heritage Association, formed with the objective to rehabilitate the historic site and turn it into a historical cultural center showcasing the importance and history of the Black Hospital. 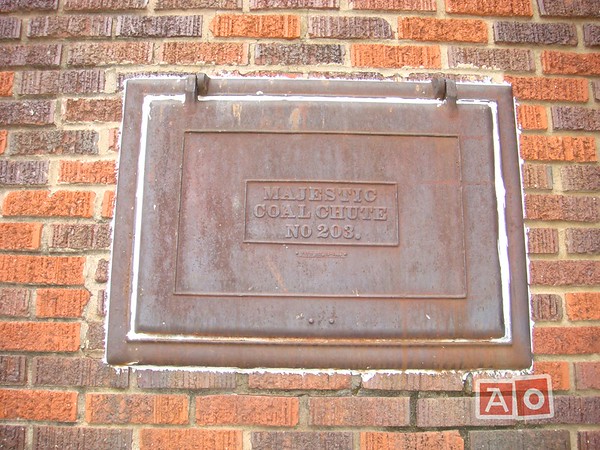 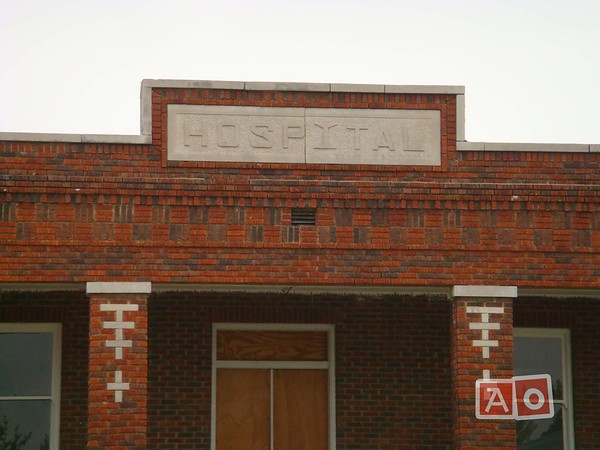 I first moved here in 2015, the hospital was there, huge building, I’ve always been fascinated with old buildings. Heard from different people it was a Native hospital, now I’m reading it was used for African Americans instead.
In 2017-2018 a sign showed in front of the building showing it’s being renovated

Good evening Brandy, my name is Leman Lewis Sr. this Building was built in 1922 to be the Okmulgee Colored (Black) Hospital! We are trying to restore it into a Museum. You can reach me at 918-636-3981.

I suspected, however, that I wasn't homesick for anything I would find at home when I returned. The longing was for what I wouldn't find: the past and all the people and places there were lost to me.

This is, indeed, a very important historic site, but some of the information provided on this site is incorrect. The hospital was built with PUBLIC funds from an Okmulgee City bond issue, but the city refused to equip and staff it, so the local African American community did so. Also, there were numerous other hospitals exclusively serving African Americans throughout the nation and even in Oklahoma long before Okmulgee's was built. However, the "Okmulgee Colored Hospital" as it was originally named, is the last one still standing in Oklahoma largely in its original condition. For more accurate information, go to… Read more »

Thanks for that information! My grandfather Dr. Andrew Lee Wallace was the President and one of the founders.

To anyone who is interested in viewing or wanting information on okmulgee colored hospital can call me at 918-756-4251 or email me at Lemanlewis@ymail.com. My name Leman Lewis Sr. and I live in okmulgee, ok.

Leman, You should get copies of the extensive research about this building! It has such a powerful story. Go to the National Register documentation at http://nr_shpo.okstate.edu/nhrpdfs/84003387.pdf or see the research on reserve in the research room at the Okmulgee Library — it even includes documentation about the dimensions and original uses of each room, as well as the results of previous testing for lead and asbestos. Good luck. Kathryn Shurden

Thank you for the link! The information provided may not be exhaustive, but it certainly contains a great deal of valuable insight, data, and of course, history, into this unique structure.

I was born in the Okmulgee Colored Hospital in 1955. Now I know that it was located on Wood Drive. What are the future plans for this building? My aunt who lives in Okmulgee, said that you were looking for people who might be a part of its history. K Bennett

Good evening, Mrs. Bennett I am so sorry that I am just now getting back InTouch with! I stay on the run. I have to goals for the Hospital A museum and getting a book written to preserve the History of the building. I need all the help I can get. we need pictures, literature, any artifacts.

My grandfather Dr. Andrew Lee Wallace was one of the founders. I'm poking around the Internet looking for information. Thank you for this.

Good evening Patrice, my name is Leman Lewis Sr. I grew up as child when the Okmulgee Colored (Black) Hospital was in operation. I lived on porter Ave. when Dr. C. P. Wallace and Dr. Andrew Wallace lived here. I sure used your help. My phone number is 918-636-398. When you have time go on my facebook pages! Landmark for all generations, INC. And Leman Lewis Sr.

The committee is trying very hard to come up with funding to complete the project on the Black Hospital. There was a rumor a year or so ago, that a paranormal group investigated, but no one has heard any results. Like many places that saw death happen within its walls, there are certainly some spiritual activity. There is also another hospital in Okmulgee, that sits at the corner of 8th and Morton. Back in the beginning of the 1900's, several doctors would have their own private hospitals and from what I have gathered, this structure was one of those privately… Read more »

Could you give me directions to this hospital? My friends and I are wanting to go somewhere haunted for Halloween.

I grew up in Okmulgee. I visit there all the time and pass by this building. As far as I know, there has been no progress on turning the building into a museum. I assume there's a lack of funding. I've never had any experiences with strange encounters around the hospital, even at night. Always wanted to visit inside though. Maybe one day…

i live in okmulgee, it still an empty building. when i first moved into okmulgee from morris in 2001 they started working on it. now you can see into some of the rooms on the bottom floor. but most of the windows still have boards on it. At night when you go by it, it gives off a creepy feeling. They were going to turn it into a Museum at one point in time. I am not sure what they are going to do now. I haven't seen anyone working on it in a long time now.

Those are some great pictures! Last time I heard about anything going on there was around 2009, but haven't really seen any activity or anything since. I'd love to get a look inside, but every time I think about it I never have the time. Personally, I think this project was abandoned. It's unfortunate, I would have liked to have seen this building in use again. I remember right after they installed new windows, the next day a couple of them were already broken out. The only official website that I can find for the hospital hasn't been updated in… Read more »

There working on it knowbut i don't think should

[…] Okmulgee Black Hospital | Abandoned OklahomaThe Okmulgee Black Hospital is a two-story, 18-room brick facility that served the needs of more than 3000 of Okmulgee’s African-American population from it’s construction in 1922 to it’s closing in 1956. After it’s run as the nation’s first African-American hospital the building has served as a nursing… […]

I lived & graduate from Okmulgee Dunbar & I never knew this historical site existed.

My parents grew up in Okmulgee. I was always fascinated by this empty brick building sitting just off 75. My dad told me years ago that he thought it was a black hospital, so it’s nice to finally have that confirmed.

My grandmother was the director of the Deep Fork CAA which was located in the building during the early 1980’s until it was condemned in 1994. The county youth shelter was there but not for an extended amount of time. I was told by my grandmother that many staff members saw people staring at them while getting fuel from the gas station across the street. The first time this was noticed the police were called. during this time the top floor was being used for storage. There was a door on the first floor concealing access to the top floor… Read more »

Does This Place Have Any Type Of Paranormal Activity In It At All? Does Anyone Know?

Not that I know of… when I go by it at night I get a really creepy feeling…. kind of like the feelings I get at the High School and the Primary School. I've worked in both schools (the high school is where I am currently working). I know there has to be something in there. but since we can not go in I really can't tell.

Does anyone have a good point of contact for this wonderful site? I'm a photographer/photojournalist (freelance) that is itching to photograph the externals and internals of the facility. I'd be interested in shooting a series of images for any refurb projects to the completion of the facility as a historical landmark.

Any help would be appreciated so I can lend my eye and talents to document the project.

Good morning Pete,
My name is Leman Lewis Sr. I lived in okmulgee, ok. I purchased the old hospital almost two months ago. I would love to have your help. Please call me at 918-756-4251 or email at lemanlewis@ymail.com

Any reports of Paranormal Activity at this historic location?

CNN reported that there were hundreds of spooks in here at one time.

No they said but drive by it at night it creepy

I get a creepy feeling there at night when I go by it. I've always wondered if there is some kind of paranormal activity going on in there.

I looked around and saw a handful in a book i found. I made a call and sent out a e-mail asking permission to use them, but I never got a response and figured instead of sitting on the stuff I had to go ahead and post it up.

hey,
Anybody have pictures of what te hospital looked like in it’s hay-day?

Literally empty walls, a sink, and a toilet were all I could see. It had some paint buckets and new boards on one wall, which I assume is the The Okmulgee County Multi-Cultural Heritage Association doing it's thing trying to restore the building.

Hey Billy I was just there the same day I took those pics out in Weleetka. May be going back up there today lol. I saw this hospital in the car with family on that main rd and when I saw it I bailed out of the moving car to go check it out lol. Unfortunately I didn't have my camera with me and no time to go inside. Would you mind shooting me a pm with how you went inside? I was afraid to hang around the back for too long because of the pitbull chained up back there… Read more »

Anything interesting on the other side of those windows?