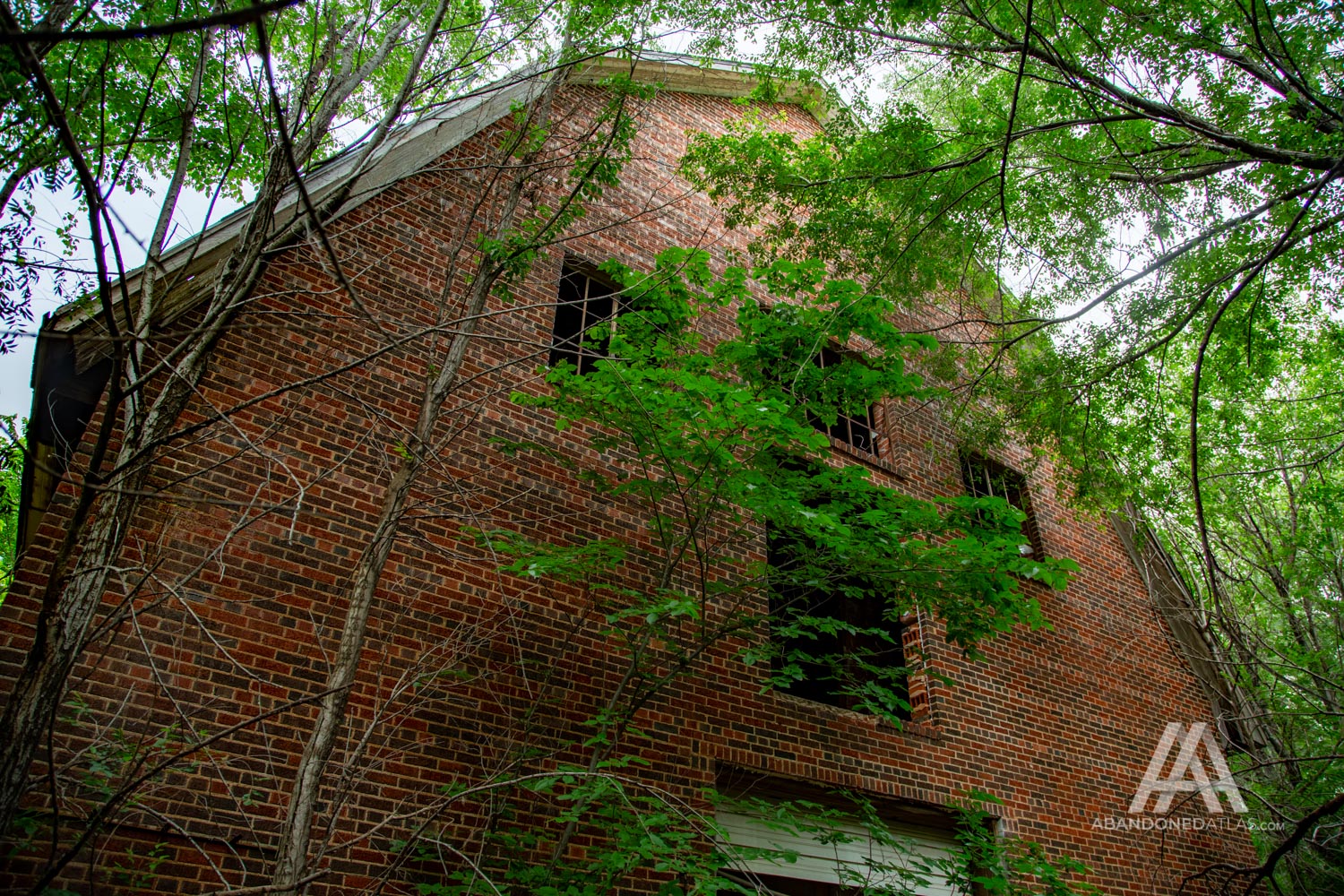 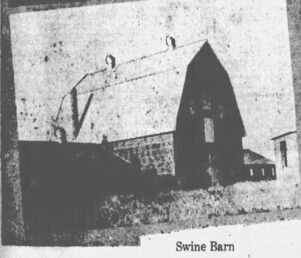 Sitting just on the outskirts of Stillwater sits the remnants of a once award-winning pig farm run by Oklahoma State University. In 1930 the OSU pig farm just west of the main campus received a massive, literally, addition with a two-story red brick barn being constructed. The barn was designed by the OSU Department of Architecture along with the sheep barn that was constructed around the same time. With the supervision of the college repair (maintenance) department, student labor was used to build the 40×53 foot long barn and only cost $25,000. Fitted with grain storage and two 60-foot-long wings that each had a dozen farrowing pens the facility was the most modern you could get for 1930. The swine and sheep barn along with the infirmary buildings were all dedicated on July 19th with a big crowd of students and faculty from the School of Agriculture and the other departments of the university.

Mother Nature gave Stillwater a surprise in 1960 when a huge storm moved through the area. Damaging winds and rain rocked area farms and by pure bad luck, a huge lightning bolt struck the swine barn. Willard Moore, the swine herdsman, was working in the barn with Ray Wright when the strike hit the building. “It sounded like a double-barrel shotgun going off in your ear and then the flames just leaped up,” said Wright. A fire broke out destroying 1,400 bushels of wheat, 800 bushels of shelled corn and sacked feed and some equipment. The damage to the building and produce would amount to over $5,000. Herdsman Moore grabbed a nearby water hose and tried to keep the fire at bay until firefighters arrived but when it reached the baled straw it was nearly impossible. In the farrowing quarters six prize brood sows, two of which had newborn litters were all saved from the building and temporarily moved to new quarters. 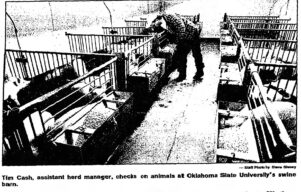 Sam Curl, Dean of Oklahoma State University’s Agricultural Sciences announced in 1999 that $2.5 million would be appropriated to modernize the more than half a century old farm. Never did he expect that nearby residents would go against the decision. Shortly after the announcement citizens gathered together to create a petition that opposed the renovation and suggested that the pig farm be moved just north of its current location. The reason for the uproar? The smell. Within the multi-million dollar proposal, it was said that 90% of the odor given off by the farm would be reduced.

Instead of being in outside pens, brand new modular buildings would be built behind the red barn for the farm’s 800 pigs. Each building would have its own bio-filtered exhaust system so that inside air would be cleaned before being expelled. This would prevent odor from escaping into the atmosphere as severely as it had been with the pigs kept outside. OSU would also renovate the historic brick barn into a teaching and research laboratory. White estate fencing would be placed along the front of the property. Trees and bushes would be planted on the front lawns.

The deal didn’t sound sweet enough to the residents and they continued with their plan to appeal at the OSU regents meeting coming up. “The image of the town is what I’m concerned about, and I don’t think our image should be a representation of the hog producers who are having so many problems with the government and everybody else. That doesn’t enhance Stillwater’s image,” said one resident. Although the term “hog producer” isn’t and wasn’t accurate, the facility is/was only a swine research and teaching facility, not a swine production facility.

Dean Sam Curl had also discussed amongst colleagues moving the farm near the university’s animal science arena. But it would cost more than $3 million to do that and moving would leave the swine farm abandoned. Even if left abandoned the university would still have to provide upkeep to the property per city regulations so the decision to renovate the farm was made and felt to be a better option. But because of the discussion amongst citizens and petition circling the regents decided to temporarily table the proposal and reassess their options. Almost a dozen meetings were held over the next few months to discuss the plans, at one meeting 22 people stood in support of renovating the swine farm. And in an almost perfect split, twenty others said they preferred it to be moved.

After all the controversy Oklahoma State University decided it be best to move the farm and the proposal was trashed. The location near the arena was picked for the new facility and would carry the plans for around 14 modular buildings that the last proposal had.

The construction of the new facility experienced hurdles including finding all the money to complete the project and wasn’t fully completed until 2003. The transfer of properties was made once completed and the old Oklahoma State University Pig Farm was then abandoned and continues to sit unused and in bad shape. For us, this is such an interesting and rather disappointing turn of events. Some of the most common comments we get on our posts is about how as a society we more often than not decide to build new rather than restore. And even fewer times do we find an entity capable of executing a plan to restore a building. So to see a great space become abandoned not because of lack of money, lack of interest or lack of resources but simply over a problem that very well could have been fixed and was proposed to be fixed is quite frustrating. We hope that we can see this property come back to life.

Gallery Below of OSU Pig Farm