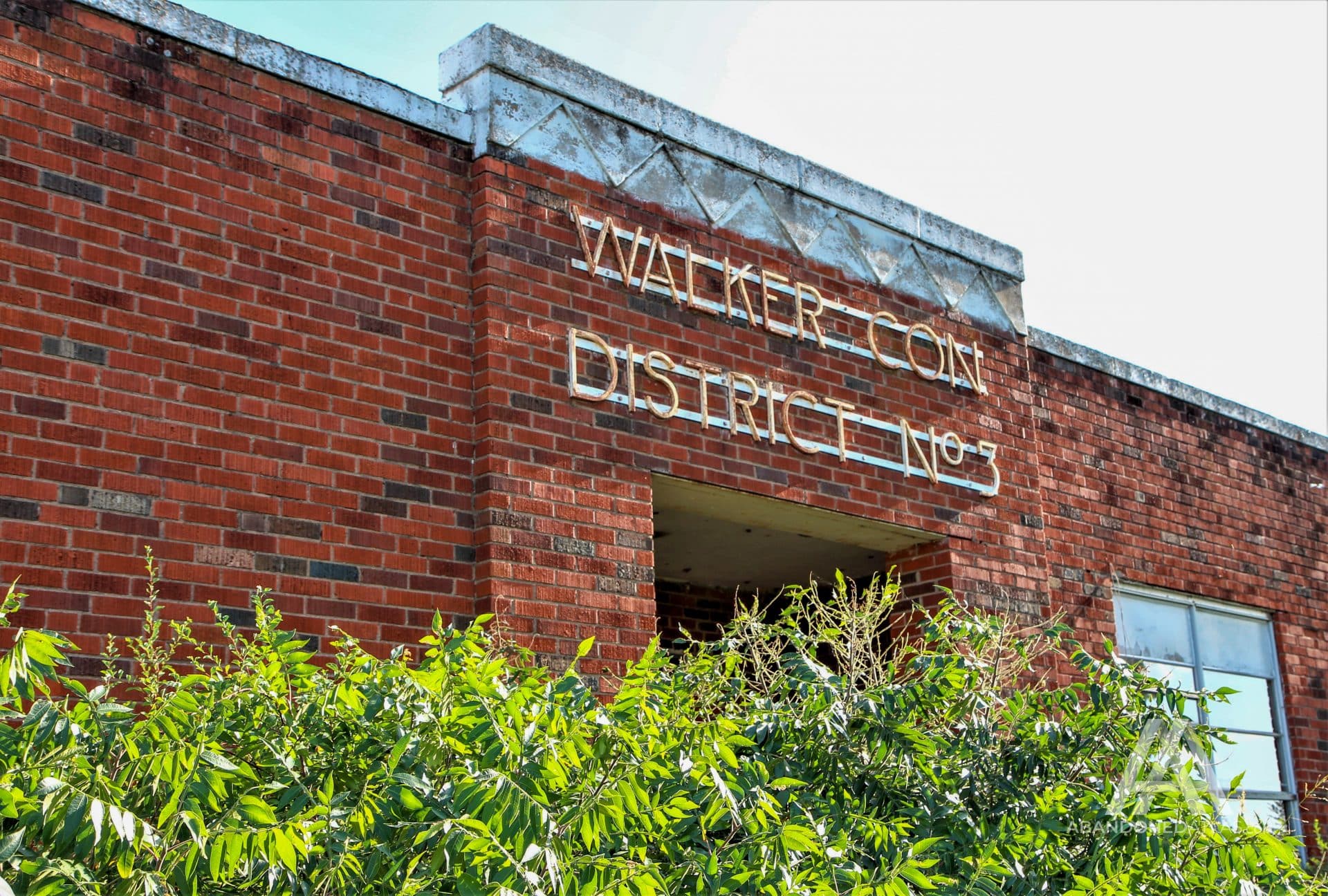 In February 1939 citizens of the Walker Consolidated School No. 3 voted to allow a $12,000 bond for the construction of a new handsome structure. The WPA approved the project and designed a one-story red brick with a flat roof. The attached gymnasium portion of the building had a barrel roof. Above the recessed entrance reads: ‘WALKER CON DISTRICT NO. 3.’ Also plated next to the entrance is a weathered bronze WPA shield that reads: ‘USA / 1939 / WPA / OKLAHOMA.’” The cornerstone lists J.K. Ciddens – Director, J.V. Webster – Clerk, Boyd Stanley – UNK, B.H. Thomas – Supt., and Harold F. Flood Arch. The new building was ready for occupancy later that year with eight classrooms. This was a building of modern architecture with the most updated facilities something unusual for a rural area school. Known as the Walker Wildcats, with such a handsome facility hosted many tournaments, community gatherings, events, suppers and holiday events.

The Walker School experienced tragedy in 1957 when a massive tornado blew through Southern Oklahoma. The tornado blew right through Pauls Valley and caused great damage to the Walker School unroofing their beloved gymnasium. Where most would assume the school would make repairs, build a new building, or whatever necessary to get back to school this wasn’t the case. The tornado hit just before the summer and for the next few months there would be an injunction suit filed and arguments over the possible repairs. The injunction suit was filed to block any proposed contract to repair the tornado damage. The suit was filed by Lee Denson, clerk of the board, against his two fellow board members asking for a temporary injunction that would lead into a permanent injunction. Denson argued that his fellow members were about to enter a contract without calling for bids as required by law. Denson also argued that the Walker Consolidated School district was about to be annexed with Pauls Valley District so repairs would be a waste of money. Shortly after the injunction suit was dismissed and repairs were made just in time for the school year to start in September.

This wasn’t the last of their worries, next came annexation. After the drama regarding repairs, it was decided that a vote for annexation needed to be had and was scheduled for August 7th, 1957. The vote failed and school for the Walker Wildcats continued as normal. It continued to be a place of community gathering include a polling location and meetings for 4H. Walker was annexed with Stratford in the late 1980s and the school building continued to be used in the early 2000s as a community center. It eventually fell abandoned with another attempt at revival being made but due to copper thieves stripping the building this was made impossible for the small community.

THIS IS PRIVATE PROPERTY. SOMEONE DOES LIVE ON AND WATCH THE PROPERTY. WITHOUT PERMISSION THIS IS TRESPASSING AND THOSE WILL BE PROSECUTED.

Gallery Below of Walker Consolidated School No. 3

Thank you for sharing! Excellent work as usual. Fascinating pictures.