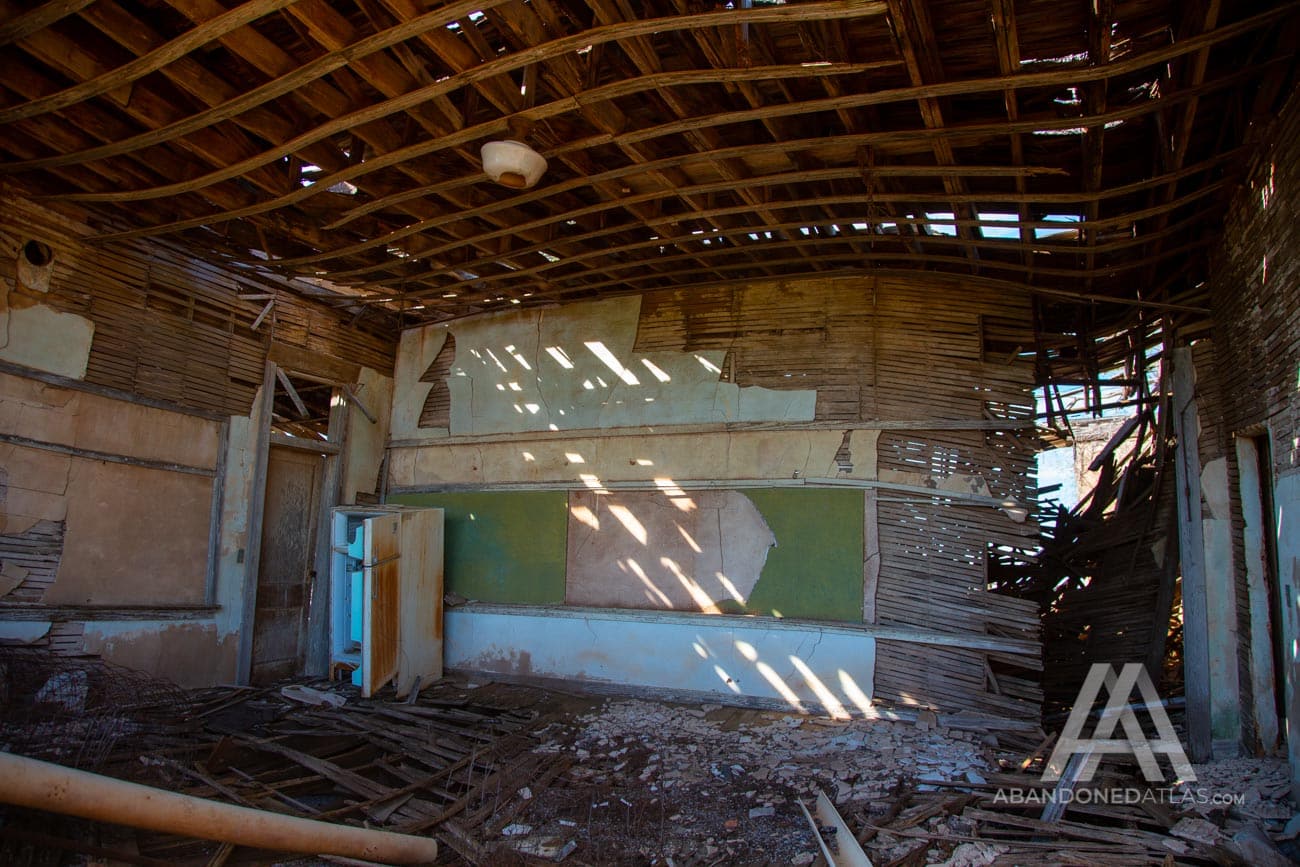 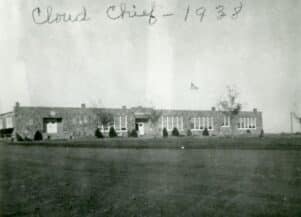 In 1937 the Works Progress Administration built the Cloud Chief High School for a cost of around $42,748. It is made of native stone and consists of a huge gymnasium that the Cloud Chief Warriors played many basketball games in and a lone school building and used to have a teacherage on the property as well. In 1955 the Cloud Chief School District voted to issue $4,000 in bonds for the purchase of buses to transport students.

By 1959 the town was dissipating and Henry Holt & Eliza Elliot, school patrons, had filed an annexation petition. It was organized by the county superintendent Asa Marshall who called for an election to be held and the school district to be consolidated with Cordell. The petition yielded seventy-nine out of a hundred and thirty-nine signatures securing the right to an election which was set to be held at the Cloud Chief High School on April 16, 1959. The success of the annexation resulted in Cordell getting thirty high school student transfers and an additional half a million dollars of evaluation. An auction was held by school board members Roy Morris, Lavern Richey, and J.W. Willard in September of 1961 selling the property and school equipment such as lockers, playground equipment, baseball and basketball gloves, etc.

The Cloud Chief High School closed with Waldo Emerson being the last principal. The school now sits abandoned on farmland, the gym floors have been ripped up and is now a makeshift barn for some horses and cattle. The school building itself is in less than pristine shape, a majority of the roof has collapsed in on itself and a portion of the back wall has fallen out.

Gallery Below of Cloud Chief School