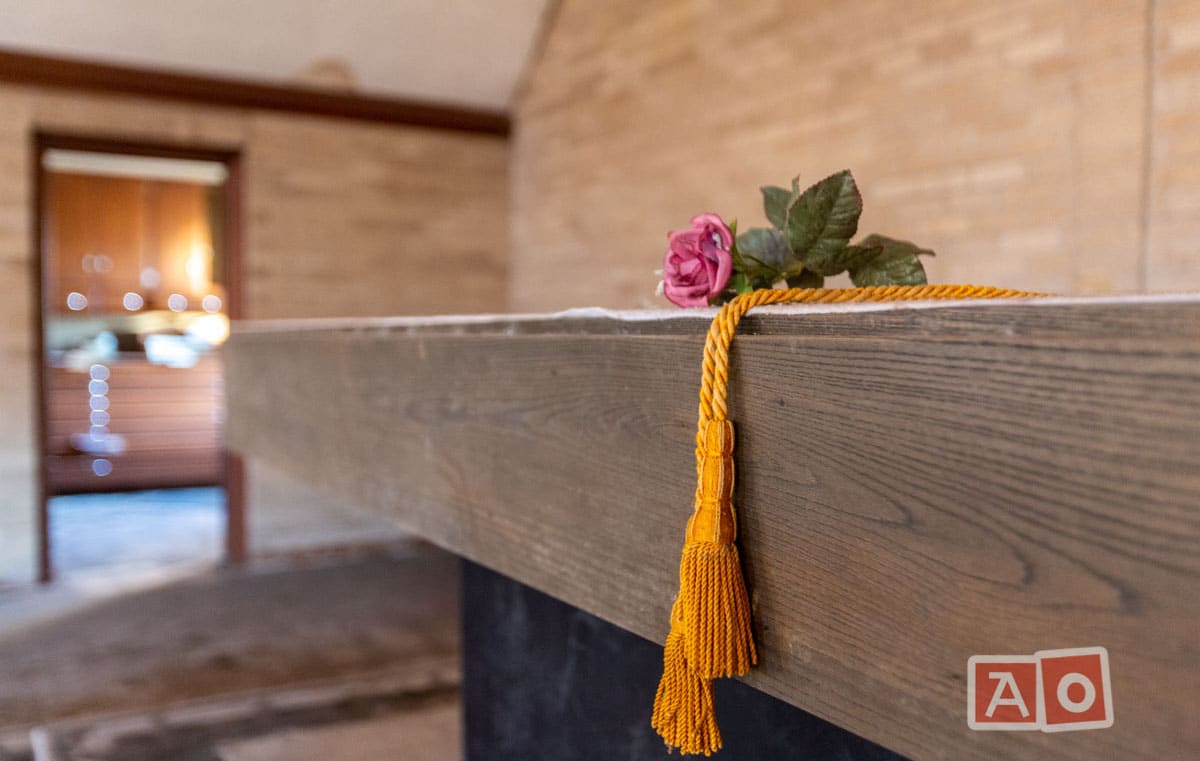 With only a few crosses on the outside of the old St. Camillus building and a sign with no writing, it’s hard to tell that a Catholic Church was once an active part of Marshall. The building currently resides on a corner in the middle of town welcoming weeds, mold, wild life and decay. The boarded up doors and the cracked stained glass is all that remains on the outside of this landmark. Having a chance to step inside of this church after being closed for several years, I was overwhelmed with what was left inside.

It was April 19th, 1959 when Father Joseph Howell held a ceremony on the proposed site for the new St. Camillus church following the morning Mass. The church was to be named after the patron saint of hospitals, nurses and the sick, Saint Camillus de Lellis, a man who dedicated the rest of his life to taking care of the sick after gambling everything away at the age of 24. Father Howell blessed the ground and led the congregation in offering prayers for guidance and success in the building of the church. Delimit Gann, a contractor from Guthrie, was in charge of construction and much of the work that was done by the parishioners. Additionally, the Catholic Extension of the United States sent $10,000 in August 1959 for the “Shrine of St. Camillus”. The donor gift was from the Estate of Hugh J. Gillespie as depicted in the plague near the entrance of the sanctuary.

Plans for the newly approved building were drawn up by Bignell and Fischer of Oklahoma City. They featured a light colored brick structure in an L shape and, according to The Marshall News, the first known Mass was held in the new St. Camillus on Sunday, October 17, 1959 was blessed by Bishop Victor J. Reed, Bishop of Oklahoma City and Tulsa. The old Catholic church in Marshall was one of the oldest churches in Oklahoma having been constructed in 1904. It is unknown if that building still remains.

It’s no surprise that this small town Catholic Church was full of people at one time. In the beginning, there were 6 resident priests and 3 services held every weekend. However, it’s unique and subtle design caused some confusion for passerby. “The United Methodist Church down the street would get upset because people would show up thinking it was the Catholic church since we didn’t have the obvious crosses  on the outside of our building, and no one knew we were a church. It was kind of funny.” local Marshall resident Paula Harak explained. She went on to mention Father Joseph Kolb had installed the church bell underneath the wooden sign during his term, turning the street corner into a favorite attraction.  “This church was more than just a building, my mother-in-law was the volunteer organist for many years starting in 1964. We were just a family.”

For the next few decades, the St. Camillus Church of Marshall, Oklahoma became a popular place for social events such as potlucks, youth group, club meetings, bingo nights, wedding receptions and was equipped with a small but fully functional kitchen in what was called “the Hall” that could be used for any events that needed it. Having grown up on a farm 5 miles from Marshall, Enid resident Dan Fuxa and his family became a part of the community and went to church every Sunday. “It was a tight knit community, everybody knew everybody and the church worked closely with its parishioners and the schools.” He mentioned recalling his cherished memories; “I was baptized there in 1964, my sister got married there in 1992 and I believe that was one of the last weddings that church had.” Even when Dan moved away, Marshall and St. Camillus were still places he held close to him. Even after starting his own family and moving to Enid, he would drive 30 miles every Sunday to his hometown for Sunday Mass. “There was a lady in the early 2000’s,” Dan laughingly went on to say “who always forgot to turn her phone off. Without fail, almost every week someone would call her during service.”

Dan was in his 40’s in 2006 and the youngest parishioner at St. Camillus when he heard the news. “Nobody really wanted it to close, I didn’t want it to, but you could almost see it coming in a way. We had less and less people over time.” In the last few weeks, there were only 12 or 13 people attending Mass. However, when the town had heard Bishop Edward James Slattery was coming in early 2006 to make an announcement in, there were around 30 people in attendance.

Both Paula and Dan had mentioned the St. Camillus facilities were sold to be repurposed as a shelter for women of domestic violence or victims of domestic violence. The plans eventually fell through and the once thriving church became silenced. Upon the closing of St. Camillus, most of the contents were removed by St. Joseph’s of Hennessey, however, some of the religious artifacts still remain locked inside.”When you grow up with something as special as St. Camillus, it’s really disappointing to see it look like that. I mean it was a big part of my life.” Dan said.
As of now, the building continues to sit, waiting to be full of life once again.

Who owns this church building? Because I would love to buy it! Being raised Catholic it breaks my heart to see such beautiful and sacred things sit there and go to waste. I would treasure so many of those items and bless my family and friends with beautiful things to adorn their homes and gardens. Please someone get me in touch with the owners. Would it be the City?

It’s now owned by a company in OKC, they come to town maybe twice a summer to mow. I’ll see what the name is on the truck if I catch them out there, I believe it’s like Helping Hands or something like that. It was going to be at one time a shelter/half way house for women and children escaping abusive relationships. I am assuming that same entity still owns the property.

I grew up and graduated from Marshall. We attended this church, I was married in 1968 there. The first Catholic Church was East and South of this one. It had beautiful stained glass windows and upper area for the choir. Lots of wood to polish and clean as I remember.

Wow this is awesome and the pictures from inside are heartbreaking ! What a great article I will cherish this ❤️thank you!