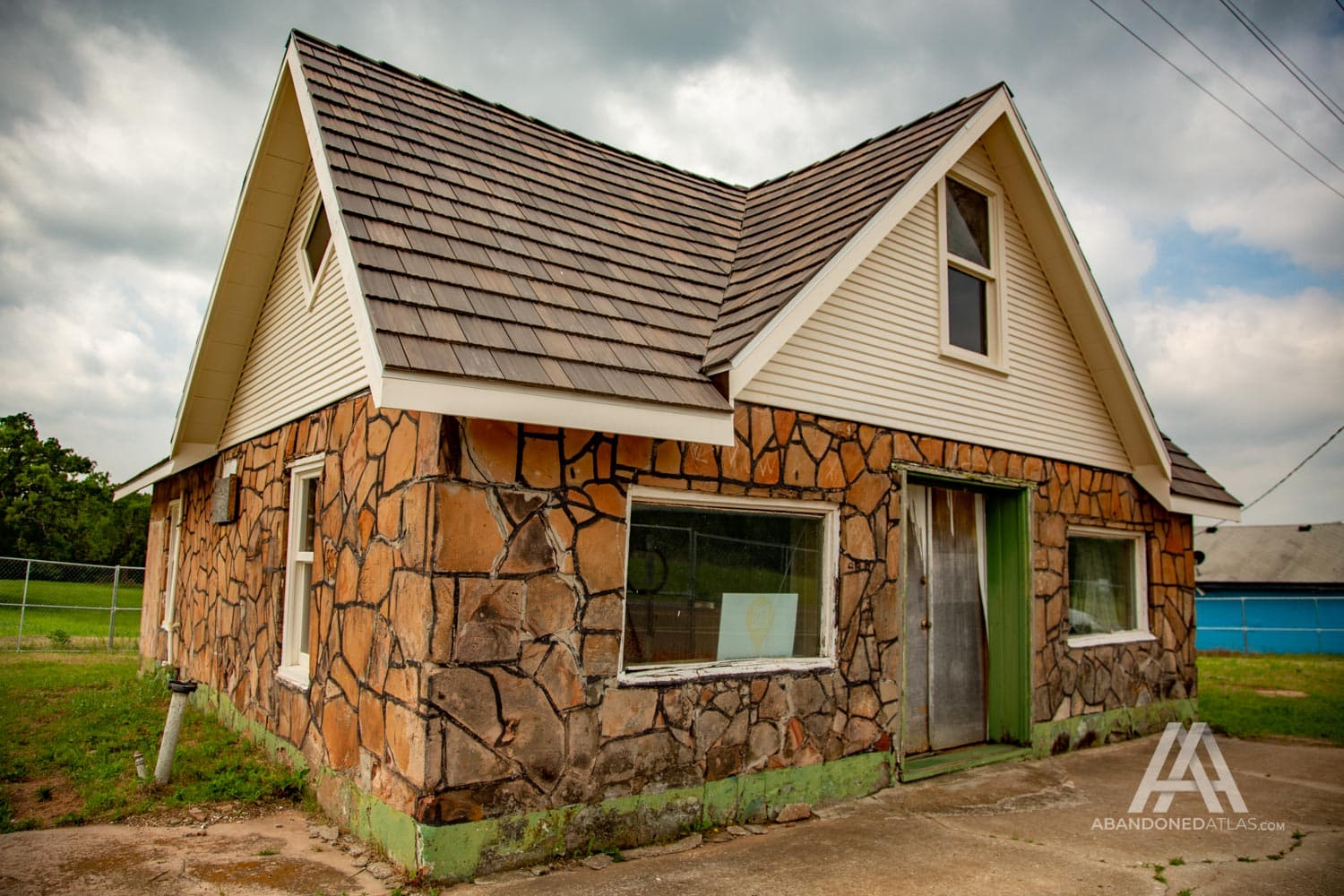 The Threatt family history goes back more than a century. Having settled in the Luther area the family worked hard to make a living in the newly formed state of Oklahoma. Becoming avid farmers they made a living from crops and quarrying the native sandstone on the land that would later be used to construct the Threatt Filling Station.

Allen Threatt Sr. used the native stone from the land to construct the first part of the Threatt Service Station in 1915. Strategically putting it next to the growing Highway 7, this would later become Route 66. The Threatt Service (Filling) Station sold Conoco products for a period of its lifetime. The original gas pumps were classic glass top fuel pumps so the operator could determine how much gas to put in their automobile. These were later replaced with a more modern version around the 1940s. They still existed in front of the station up until a few decades ago.

By 1935 the Threatts were ready to expand their operation to include a grocery store for all of the locals who didn’t want to travel into Oklahoma City and for those traveling along the bustling and for periods of time, lonely Route 66. The grocery store back then served as a modern-day convenience store would now. A couple of years later a small cafe was added. The station became a local gathering spot and a well-known safe haven for African American travelers.

Going into 1940 the Threatt Service Station was not only the only entirely African American staffed/owned service station in the state but in the entire USA. It provided travelers with a place to relax, fuel up and sleep in their cars overnight. It was a lively place all seven days of the week given that they had dances and barbeques on the weekend. Just behind the building the family created Threatt Park to further meet the needs of the nearby community.

After Allen Threatt Sr. passed away his legacy continued on with his son Ulysses Grant Threatt taking over the business in 1950. Ulysses suddenly passed away in 1956 and the estate and station were taken over by his wife Elizabeth. She converted the back of the building into a residence in 1958 and lived there while continued to run the cafe until 1974. She continued to live here until her passing in 2009 leaving the property vacant.

The Threatt Filling Station was listed on the National Register of Historic Places in 1995 for its significant role in African American history and its contributions to Route 66 history. The building continues to remain in the family after a hundred years and for the first time in a decade the building is seeing some action again.

In 2021 the Threatt Filling Station was listed on the National Trust for Historic Preservation’s America’s Most Endangered List. This was seen as a saving grace given that less than 5% of the more than 300 placed ever put on the list have been lost.

The Threatt Filling Station has been awarded some grants and has received some donations to kickstart the work such as getting a new roof and siding up which has since been completed. But with an estimated $200,000 the work is far from over and the Threatt family desperately needs donations and grants to bring this important piece of American history back to life.

Gallery Below of Threatt Filling Station