Dunjee All-School-Association or Dunjee Negro School System began in 1947. The area was known as Green Pastures at this time and had an elementary school, middle school, high school and a large field house shared by all three schools. The residents of the Dunjee area had long suffered at the hand of segregation in Oklahoma. Before 1963 it was part of the Choctaw school system. After years of sub standard support from the City of Choctaw they fought to be integregated into the Oklahoma CIty school system and won. However in 1972 the school board closed all Dunjee schools and began bussing as part of the mandated laws of de-segregation. The community was stunned. Having suffered for years, they had yet suffered another blow. A noted civil rights activist Theotis Payne sought to purchase the Dunjee school in 1998. He opened the school as Dunjee Academy. a charter school. Because the OKCPS had re-opened the former Dunjee elementary, the academy served only grades 6-12, and had an enrollment of 30-50 students at one time. Their hope was to help at risk students. Those who had behavior, truancy problems and those considered “high risk” by the OKCPS. They operated on a contract one semester basis. Amid complaints that educators employed at the school were not certified. The OKCPS placed the school on a 5 month notice. Meaning that if they did not improve the conditions at the academy the OKCPS would withdraw funding and force the school to close. Complaints began to arise about the school’s administrator, Theotis Payne. After several DUI’s and a child abuse scandal the OKCPS forced closure of the academy. Dunjee remains as yet another testament to the segragation of Oklahoma City, and the black eye it has put on this community. Open to the elements Dunjee’s halls are only filled with memories. Residents can only hope for the day when it will once again be a functioning community.

Dunjee burnt down on 1/3/2012.  There’s no telling how much longer this building will be around.

There are a couple videos on Youtube that show the fire.  Click the links below to see. 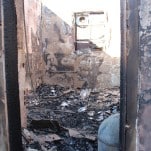 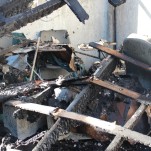 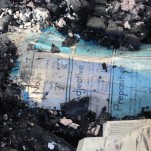 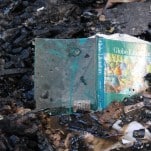 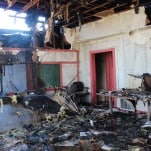 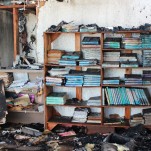 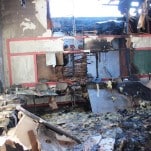 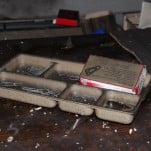 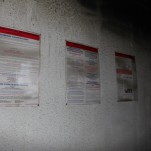 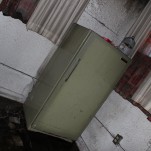 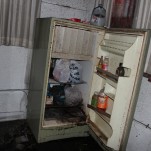 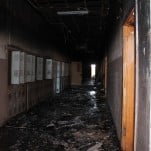 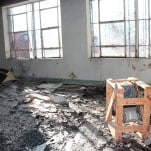 Thanks Elizabeth! It’s great to be a part of this site!

I am a photographer, and I visited this school a handful of times to take photos. It was an incredible building to explore. This breaks my heart. Thank you for following up on the school after the fire, I had been curious about what was left.

man, I am real sad about this! i had to part from all my friends because of it burning and move to a new school..I really liked all of the teachers here… :'( I am only in 6th grade and this was my first year here….now that its burnt I can see why its on the website..its abandoned now…

my husband is a spencer cop and when i found out that there was a high school in Spencer that was on fire i thought it was Star Spencer but later found out it was Dunjee High School instead.

How did it get caught on fire!!!!! nobody tells me anything……

Somebody went in at four in the morning and through a match in the library… That what I heard at least. Have u been before?

wooow it's fabulous & has amazing updates , thanks for your post

All Things are completely burnt and wrecked here.

A very bad situation there. How is the place now, have the renovations been done, or the place is now the same.

This post on the condition of the Dunjee School after fire is so sad. I feel sympathy for the students who were studying in the school and I pray for them. Thank you for sharing on the current situation of the school. catalina island hotel

why is it that white people love closing down black schools?

I need explanation that what those photographs show us?