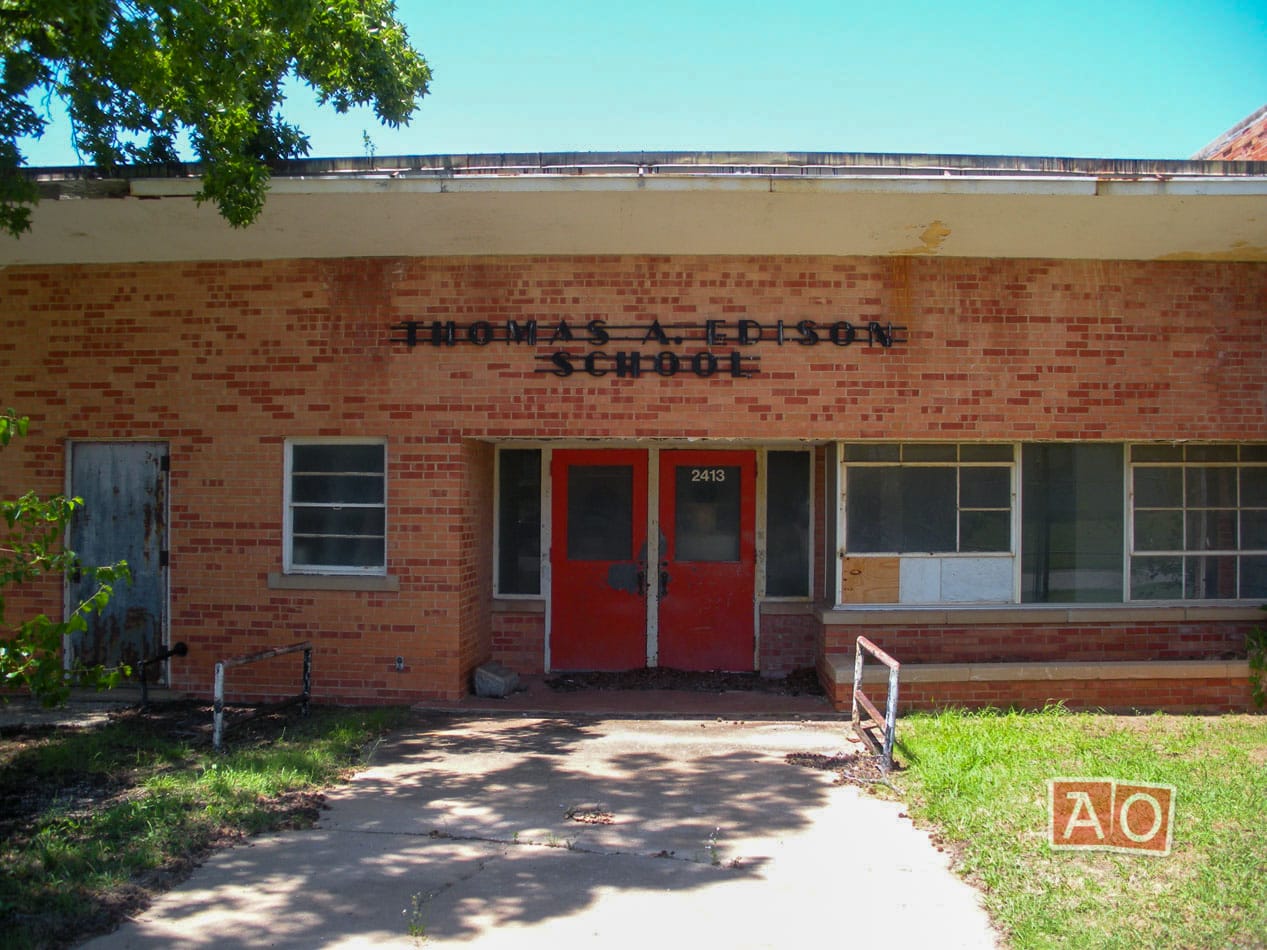 Thomas A. Edison elementary school was completed in 1950 and by December of that year the students and teachers had moved in making themselves at home. It was the typical architecture of that time period, large classrooms, some with sloped ceilings. Narrow hallways that connected classrooms to central areas such as offices, restrooms, the multipurpose auditorium. Some of the teachers of the first decade included Kindergarten – Mrs. Frielander; First grade – Mrs. Honska; Second grade – Mrs. Rueble; Third and Fourth grade – Mrs. Brown; Fifth grade – Mrs. Phillips, Thelma Lowder, and Vernice Sellman who was principal in the latter half.

Some notable events that took place in this building were its use as a polio vaccination center. As well as in 1959 the elementary school was integrated, welcoming around fifteen African American children that year. It would be the ninth school in Oklahoma City to desegregate, the first of schools north of N.E. 23rd Street. 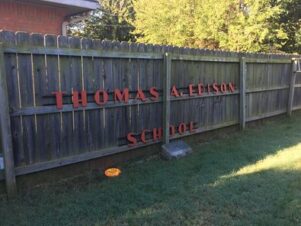 It closed as a school in 1974 due to low enrollment and as a part of Oklahoma City’s extensive consolidation plan. It then became the home of the Oklahoma City Campus Police Transportation Dept. Training Program. The building became abandoned in the early 200s and sat for years falling further into a state of decay. On April 16, 2016 the beloved small suburb school was demolished, completely erasing its physical existence. The sign was salvaged from one of the former students and put on display in their backyard, keeping the memories of Thomas A. Edison Elementary alive for years to come.

Wow, this is very interesting to see what it looks like on the inside.

The destruction of a spacious school

Thanks you! can ho the avila quan 8

Does anyone know who owns this? I am looking to own a school and bring it back to life.

thank for share Thomas A Edison School. its memorable 😀

… thank for sharing this article.. it's inspiring….

Does any one know what the Class 1918 stone was for? There must have been a school there long before Edison. I would love to have more info about that.

I went to school at Edison from kindergarten to sixth grade, 1952-59. Kindergarten teacher – Mrs. Frielander; First grade – Mrs. Honska; Second grade – Mrs. Rueble (who took class out outing to Arcadia); Third and Fourth grade – Mrs. Brown (both grades I thought); Fifth grade (Mrs. Phillips); Sixth grade (unsure). I lived one block south on the northeast corner of 27th and Creston Dr., right across from the park. They torn down the swings last summer and filled in the gully west of the park. The last remnants of a wonderful childhood are disappearing!

Hi Pat. I am in the middle of updating this article as we speak, can you tell me what the building was after its closure as a school in 1974?

I too was a student at Edison from in the mid 60's to very early 70. I got a text just today stating that the school is scheduled to be torn down on Monday, March 21. I do truly wish there was a way to keep this from happening.

Yes, this was my school from 69-70 and I have fond memories of getting to feed the gold fish in the mornings as I entered the classroom. I was also hit accross the forehead by a flying piece of metal pipe while hanging on the monkey bars outside on the playground. Shortly thereafter due to the intergration changes, we were bused way accross town to an elementary school on the SW side of Okc.

Hi Marc. I am in the middle of updating this article as we speak, can you tell me what the building was after its closure as a school in 1974?

What's that in pic 47? It looks like the skull of some cat or something…

THOMAS A EDISON AND FURNITURE | Furniture Get

[…] thomas a edison and furniture abandonedok.com […]

This was my school that had great teachers. (1953 -1955). I wonder why European schools can sustain themselves for centuries while U.S. schools go the way of disposible objects as if a used paper cup?

It broke my heart to see the state of this, my first school. I went to kindergarten, first and a few week's of second grades here from 1953 until 1955. Yes, I remember well receiving my polio vaccination here, as well! In 1955, all of the surrounding neighborhoods that fed Edison were middle class white and it's obvious the demographics changed considerably before the school closed. It was a fun area to grow up in the 1950's with its close proximity to Lincoln Park and Springlake Amusement Park. Thanks for sharing the tour. I wish I could have joined you… Read more »

Impressive! Is there an address?

I can't believe I didn't know of any of these Oklahoma City schools! Did you guys have to get special permission to enter or were there just open doors?

Hey Kati,
yes, we did get permission for the majority of the schools.