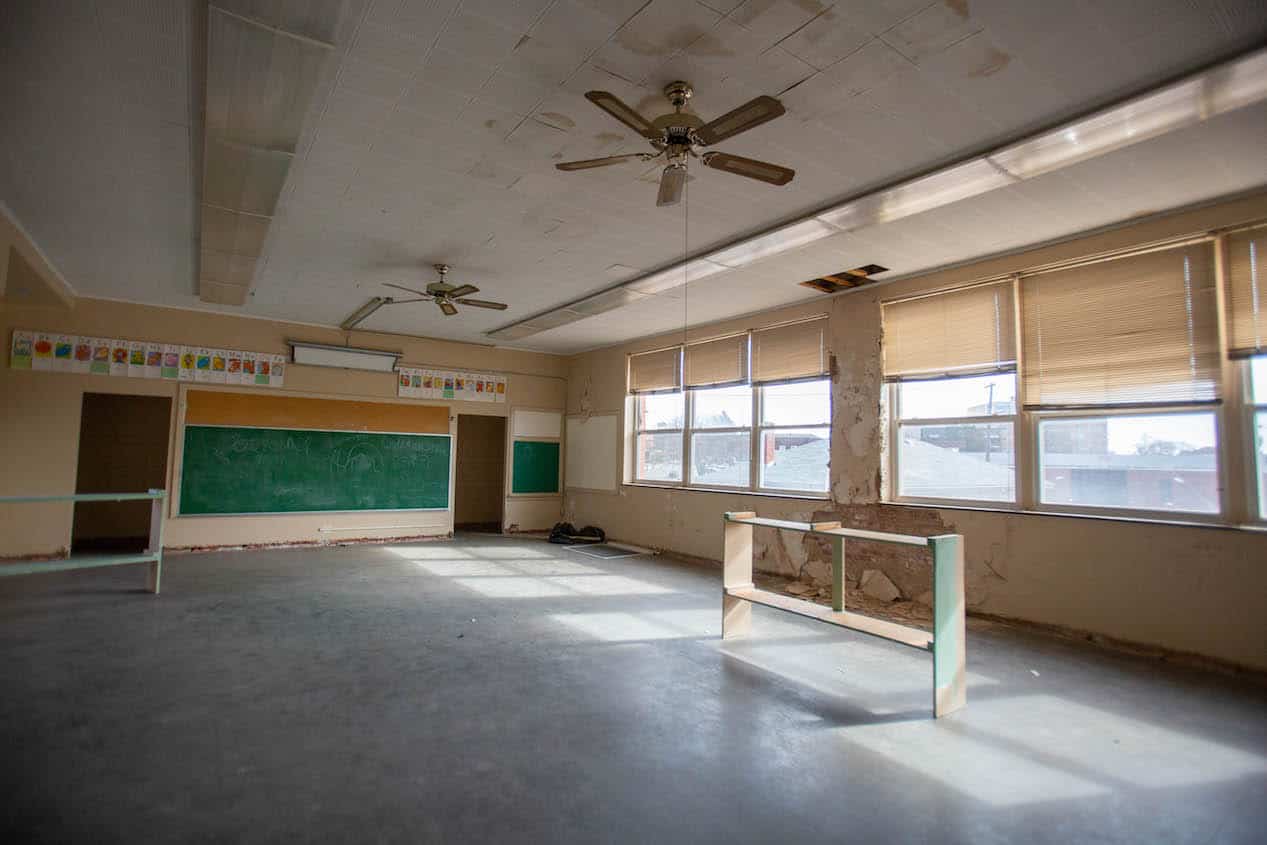 Villa Teresa school was founded in 1933 by the Carmelite Sisters of St. Therese in a home next to their convent in Oklahoma City. The campus consisted then of the convent and the school in two homes. Overtime the school grew. They built a large two story school and acquired a home next that as well. At its’ peak, Villa Teresa also had a second location in Moore Oklahoma as well. Villa Teresa of Moore

The school was inclusive of all nationalities and was proud of that fact. Describing itself as a small United Nations. Having spoken to former staff and students, school at Villa Teresa was pretty fun. They were known for their performances in parades, their plays, music, swimming lessons and even changing local laws. Former Principal, Sister Veronica Higgins and her students were influential in changing laws regarding the number of dogs at a property and their proximity to schools. 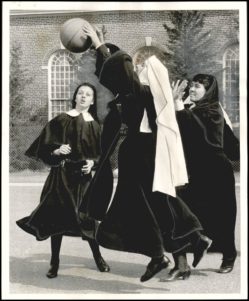 Villa Teresa had many wonderful years as a school. The only school in the downtown Oklahoma City area for decades in fact. However, financially the campus began to strain the sisters. The buildings, all built around the 1920’s were beginning to age and their upkeep became too much of a burden for them to continue. Combined with very few women joining the order, the decision was made to sell the campus and to close the school in 2012.

“We were one big family.” Sister Veronica said in tears. “It’s too hard to drive by…” Sister Veronica is currently a case manager at the Center of Family Love in Okarche, Oklahoma and is just as enthusiastic about spreading love and joy to all she can. “Even though it’s closed, we’ve all gone out and made that same spirit elsewhere. We did good.” 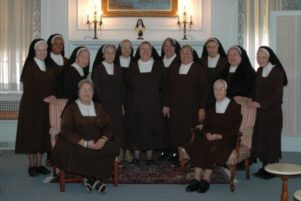 Currently, the property is being redeveloped by a group, lead by local preservationist Marva Ellard. They plan to turn the convent into a boutique hotel, with the remaining buildings being condos. Their first phase is constructing new town homes at the rear of the property designed by Brian Fitzsimmons.  As quoted in the Oklahoman, Ellard said that “she would love to see families with children in the homes”. I think the Carmelite Sisters would too.

I know in the ’60s it was the only available child care for working mothers. We went there before school, after school until 5:30, and summers. My mother said it was a life-saver.

I attended Villa Teresa in 1968-70 from Preschool to 1st grade. My mother was single and worked at the County Courthouse, so it was the best option for her. I remember the Sisters giving spankings to rowdy children, including me, when needed and putting Tabasco on a classmate’s thumb because he wouldn’t stop sucking it. I also remember the big playground and the afternoon nap time. They had a nice swimming pool at the time and I enjoyed going there in the summer. Learned how to swim, but could never get the hang of floating. In 1971, mom purchased a… Read more »

I went to Villa Teresa for 4 years as a kid. I can still feel the pain in my knuckles from all the rulers being hit across them. *chuckles* now we may have record of those rulers, aside from my occasional flinching when I see one. *cue the song, “crawling in my skin”*

I know some of the sisters too-quite a few were now prone to setbacks over aging and so sold the Villa and purchased their own new :retirement villa in north OKC. . So many times, an older building can be very demanding on our time and energy over upkeep and maintenance and can become too expensive to maintain, while still not meeting the needs of aging residents. I know, in their newer living quarters they were able to include some of what they more enjoy doing in their retirement yrs. -I think they now have a lil theatre for entertainment… Read more »

Anybody wanna have all school reunion?

What year? Did you remember any names of sisters in Kindergarten?

Went in 1953, starting with preschool…and oh yes the discipline was tough! But also got some kindness and care I didn’t get at home. So glad to see it’s being preserved and not just knocked down.

I boarded at Villa Theresa in 1953 summer school. Sisters were nuns at that time not wannabees. Discipline was strict. For a small child of 5 6 7 8 and 9 it was not a fun place. This age needs to be at home with their parents.

RetroMetroOKC meeting in 2014 before everything was auctioned off.

I know some of the sisters. It hurts my heart.

I went there for 2 years.