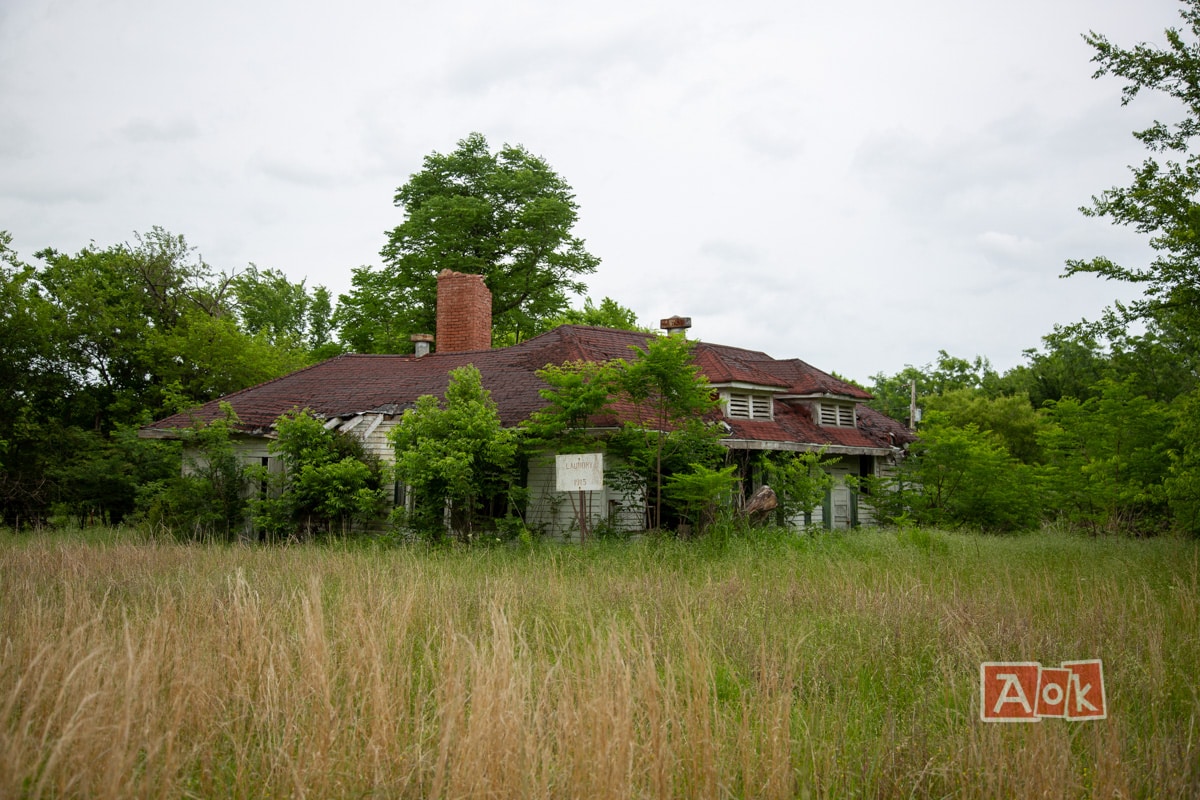 In 1880 a fire put Tullahassee Mission to an end after forty years of education for the Creek Nation. This left a gaping hole in education and the community, a new Mission was needed fast. Nuyaka Mission was established in 1882 by the Creek National Council and Alice Mary Robertson. Robertson was the daughter of the former Tullahassee Mission Superintendent, she was mostly responsible for raising the funds to build the new Mission. In total $12,500 was raised and over the next 2-3 years, the buildings were built. Nuyaka Mission opened on April 16, 1884, Mrs. Augusta Robertson Moore was the first principal and superintendent. The Mission was run by the Presbyterian Board of Indian Missions until 1899 when operations were passed to the government. During this time expenses were taken out of the Creek Tribal funds by the U.S. Government to maintain the school.

In 1909, the Mission was closed and sold with everyone and the community uncertain whether it would reopen or not. The Bureau of Indian Affairs swooped in to save the boarding school enrolling around ninety students in the first term. Teaching grades one through twelve, initially seventy boys and girls were enrolled. One building known as Adams Chapel included an assembly room and classrooms for the school until and actually school building was added on in 1914. Two cottages housed girls and then a dormitory for boys, eight teachers were also housed in them. The superintendent’s home over the years housed Mrs. N.B. Moore, John Robe Sr., John Robe Jr., Levi Levering, Clarence K. Clark, Jack Brown, H.C. Calhoun, and more. In addition, a steam laundry building was added in 1915. The compound also included a large store, electric light plant, telephone system, waterworks, and a sewer system. The entirety of the property and equipment valued at $37,129.20 which would equal $481,010.64.

Superintendent H.C. Calhoun announced in 1922 that the Mission was suffering due to the economy and was soon going to be closing. As a last-ditch effort to cut costs the institution was made an all-boys boarding school, courses were revised for the last term and students were dispersed between Euchee Boarding School, the Girls boarding school at Eufala, and Chilocco Boarding School.

The Education Board of Southern Baptist Convention was a saving grace taking over when the Mission closed in 1923. Turning it into the new Nuyaka Baptist Academy that was open to Native American and White students alike with the first classes commencing on October 4, 1923. After much success, the grounds were to be enlarged with the addition of an orphanage and the organization of a week-long Bible School program during the summer. “Dear Brother Wiley- I am the happiest girl in the world tonight, and even if I do sit up here by an old coal oil light to write, I have the most wonderful news in the world to tell you! Three of our girls are Christians- saved today! St. Valentine’s day, too. What a wonderful Valentine from the Master. Could He have said “I love you,” in any better way?” wrote Mary Gladys Sharp who was a Native American teacher that taught at the Nuyaka Baptist Academy.

It was in 1929 that the Southern Baptist Convention was prepared to spend $50,000 on moving the Nuyaka (Mission) Baptist Academy and its eighty students to fifty acres in Holdenville, Oklahoma. They had just experienced a fire just before the school year ended and suffered a loss of $12,000 and fundraising was underway to cover the damages. It was ultimately decided that the efforts to move the operation to Holdenville would be suspended and the children and staff would stay on the grounds of the former Nuyaka Mission.

With the onset of the Great Depression in 1933, the Nuyaka Baptist Academy School and Orphanage closed. The entire property was rented to a farmer, who used the Superintendents home to house small livestock and had torn down most of the others to use for lumber. Emmett E. Mount purchased the property after seeing the destruction caused and then sold it to his daughter Oakla and her husband Bill Spears to restore a year later.

Oakla and Bill Spears worked tirelessly to refurbish the fifty-four-year-old Superintendent’s Home to eventually move into. At the time of purchasing all that remained were the 1883 Superintendent’s Home and the 1915 Laundry building. After a full renovation, the couple made it their home for fifty-five years and turned the Laundry building into a barn. Over the course of those years, they interviewed many former students and others that had connections to the property. Through these tours and visits by those that had memories and family history the Spears couple further realized just how important their home and land was to an entire community of people near and far.

They listed the property on the National Register of Historic Places on April 13, 1972, to help solidify the importance of the few buildings left. They then attempted to turn the property over to the Oklahoma Historical Society in hopes of taking the historical tours to the next level. But due to the many renovations that had been made the historical society deemed that they had made too many changes from the original blueprint of the structure suggesting that areas would have to be completely torn down to restore it to its former self. So Oakla and Bill Spears kept it as their home until they became elder.

In 1992, soon before the couples passings, they donated the last two buildings of the Nuyaka Mission to the Oklahoma Historical Society. In 2003, part ownership was given to the  They took over restorations, tours, and care of the buildings while the Oklahoma Historical Society maintained ownership of the land and buildings themself. By 2007 the NHA had fully restored the Superintendent’s Home, placing a plaque next to the front door to commemorate their work. But with the lack of funds and decreasing members eventually, the building became too much to keep up with. The home started to decline again sparking a few cleanup days here and there by the NHA until 2016 when the effort was given up.

This place was where Native American children were forced to leave their culture behind. My father grew up in a place like this. Abuse from teachers, forced to go to church, he suffered immensely. Thank goodness it’s gone.

it sad to see this. me and my husband get marred here in 2007. then have all three of our kids’ birthdays here until 2015.

why didnt you all let someone live in it for free. if my husband and i werent so old we would have loved to take that and renew it to real. i wish i knew about this thirty or even 10 years ago.

The property is currently rented. They have let the house and buildings fall into disrepair. I doubt it is liveable without extensive repairs.

Who owns the property now and is it maintained at all?

It has been given back to State Historical group. All the alumni have died or incapable of taking care of it
State has let it fall down, the surrounding land is rented to a local rancher.

This is my great grandmother’s house, I have slept many times as a kid here its sad to see this do you know if this house can be given back to family?